A Note on the LSAT and Being Smart

( 3 votes, average: 4 out of 5)
What do you think about this article? Rate it using the stars above and let us know what you think in the comments below.
It's important to understand that the LSAT does not necessarily try to find people who are smart. 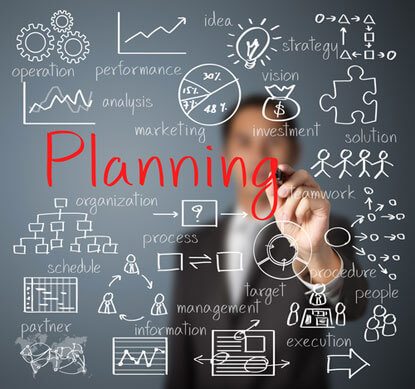 There's a good reason for that. "Smart'' is not a simple concept. For instance, I once saw this idiot-savant54 on TV. He's barely able to talk. But he has an incredibly quick ability to create complex sculptures. When they ask him how he does it, he points at his head and says, "I'm smart." I may be sitting here laughing at him, thinking that he's dumb as a stick, but then watch me try to reproduce his sculpting feat. Clearly, there's more than one way to be brilliant.

You might think of lawyers as "savant-idiots" - that is, as a reverse of that idiot-savant. They're brilliant in many ways, except where they're stupid. But where they're stupid, it's like they fell through a hole in the floor, and you suddenly get this weird feeling that there's nobody home inside their heads.

For example, the LSAT does not require nearly the same math abilities as, say, the GMAT, which you take as part of your application to business schools. Of course, you don't need to know as much math to practice law as you do to be a businessperson - if only because the legal system was cooked up, and has been maintained, by people who like to work with words more than numbers. Numbers matter in the real world, but not much in law school, and therefore not much on the LSAT.

In fact, after three years of law school and another seven years of working with lawyers, I can say that a lot of them actually fear numbers. I've heard stuttering and I've seen nervousness in the eyes of influential attorneys when they've had to deal, under pressure, with a simple, but unfamiliar, math problem. I've watched managing partners spend thou-sands on consultants, apparently believing that some kind of black magic was involved, when those consultants' studies could have been assembled by any self-respecting MBA at a fraction of the cost. And I've had to keep my silence at times when partners, ignorant of the ways in which a computer could have aided them, have advised clients by guess and by golly.
I wouldn't say that math is beyond the grasp of those attorneys who fear it. I assume that most of them could pick it up. The problem is that they don't. They remain ignorant of quantitative procedures, and tend to forget even the math they used to know. But that doesn't stop them from thinking that they're brilliant, nor from handling highly numeric problems when perhaps they shouldn't.

The fact is, that's how they're trained: to approach all problems aggressively. Consider, for example, the findings of one study of what lawyers promised and what they actually delivered:

Lawyers are overconfident of their chances of winning lawsuits, especially in cases in which they had been highly confident of winning to begin with. This affects the decisions they make about whether and how to settle or litigate.
You can talk to me about who's smart and who's stupid, but at some point I have to say that a brilliant person who doesn't know when she is skating on thin ice is more dangerous and, practically speaking, more stupid than people who get lower scores on the LSAT but who can tell when they're in over their heads.

The problem goes well beyond the subject of mathematics. Until philosophers are kings ... cities will never have rest from their evils - no, nor the human race, as I believe - and then only will this our State have a possibility of life and behold the light of day.

Refreshingly, another great philosopher responded with the observation that "One cannot conceive anything so strange and so implausible that it has not already been said by one philosopher or another.

For philosophy, the bloom is off the rose. Philosophy has ceded most of its old territory to the sciences. You don't philosophize, anymore, when you want to know something about the real world. Most of the time, you're better off finding, or becoming, a scientist.

If you're as non-scientific as the most muddled philosopher, and if you don't want scientists telling you to butt out because you don't know what you're talking about, my advice is this: Don't go into philosophy. Go, instead, into law. Law is perhaps the last refuge in our world for those who, knowing nothing, wish to assume that they know more than enough. Nowhere except the courtroom do you find people making arguments and arriving at far-reaching decisions about the most important problems of our society without ever having taken so much as a single college course in the subjects they address.

Judges are handicapped not merely by lack of information but by the narrowness of their training. No one can become an instant authority on psychiatry, lung diseases, computers, accounting, reconstructive dentistry, aviation, structural engineering, and hospital management - to name only a few of the problems that I have had to rule upon in the past few years.

Attorneys pride themselves on their ability to think critically, and yet their egos and their training often forbid them to be self-critical and admit that they are not competent to solve certain kinds of problems. The fact is, law school's training makes you smarter in some ways, but it definitely makes you more stupid in others.

You find the same thing in attorneys' social skills. As you'll learn, many lack even the most basic notions of courtesy. And I'll leave it to you to decide how well they have absorbed such helpful, productive attitudes as optimism and cooperation.
I don't need to say that all attorneys, or even a significant minority of them, have problems with numbers, social graces, or attitudes. All I need to say is that the LSAT does not test for these other ways in which one can be "smart.''

In any event, the brightest person is not always the best person for the job. I've seen bright people screw up the simplest task, either because they were bored or because they thought they knew it all and couldn't bear to take directions from someone else. Unfortunately, in the words of one legal administrator, "there is work floating around the hallways of the most prestigious law firms that could be done by a cadre of trained chimpanzees" - posing the very real risk that the lawyers will be too smart, and frustrated, for the job.

Since lawyers pride themselves on their precision, we might reasonably ask them to say, in the future, not that they are simply the best and the brightest - because, for many purposes, they aren't - but, rather, that they are the best and brightest, as measured by the LSAT, for the specific purpose of excelling in the first year of law school. There are other kinds of brilliance, and there may even be other kinds of brilliance that would be valuable in the practice of law, but the LSAT does not recognize them, and therefore the law school admissions committees do not get a comparably objective measurement of them.

My criticism of lawyers may sound harsh. It's not meant to be. Many of my friends - or perhaps I should now say former friends - are lawyers. I understand that it may be difficult for some of them to admit that they are not, in all ways, simply amazing. But it's important to say so. I'd hate to see someone go into the practice of law merely because nothing else makes him/her feel quite as intelligent.

Successfully Getting in to a Law School

Successfully Getting in to a Law School