( 8 votes, average: 4.9 out of 5)
What do you think about this article? Rate it using the stars above and let us know what you think in the comments below.
After World War II, the top law schools abandoned their previous effort to maintain upperclass control of the legal system and devoted themselves to making the legal profession a meritocracy. They have consistently enlarged the pool from which they seek law students, first by recruiting aggressively among Jews and other established ethnic groups, then by developing affirmative action programs for protected categories, and later by throwing their doors open to women. Other law schools imitated these trendsetting institutions. Because of this history, there is a more idealistic commitment to diversity in legal education than there is in most other large American institutions. Since law is a channel of upward mobility, many legal educators attach a very high priority to efforts to bring more and more disadvantaged minorities into the system. 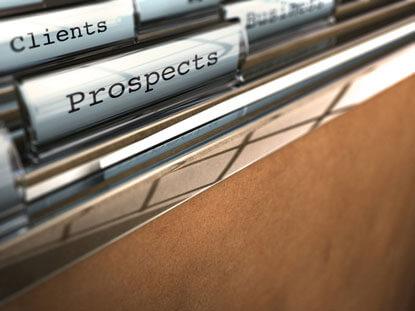 Law schools want to recruit members of protected categories, and despite the recent political backlash against affirmative action programs they continue to devote resources to recruiting minority students. However, the absolute numbers are still quite small.

If such an intense affirmative action effort is being made, why is there a lag? One theory is that law schools are having difficulty identifying minority prospects. They know only whatever information applicants reveal about themselves. Many individuals hesitate to admit that they are minority members because they fear that lingering bigotry that still plays such an important role in American life. They're making a mistake; in my experience, the benefits of affirmative action in the admissions process clearly outweigh the drawbacks of racial prejudice. If you are a member of a protected category, you should identify yourself as such whenever you have the opportunity to do so.

When you register for the LSDAS, sign up also for Law Services' Candidate Referral Service, or CRS. Law Services will put your name on the list of "candidates with affirmative action potential" that it makes available to law schools seeking such students. If you so authorize, Law Services will make your LSDAS file available to any law school that requests it for affirmative action admission consideration, whether or not you have applied to that law school. If your name is on the CRS list, don't be surprised if a law school you haven't applied to calls you on the phone and encourages you to apply. You register for the CRS by answering three additional questions on the LSAT/LSDAS registration form. There is no extra charge.

You should also request a copy of Law Services' free publication, Thinking About Law School: A Minority Guide. This extremely valuable little book contains information on financial aid and on researching and applying to law schools. Among other things, it identifies several critical pieces of information that minority applicants should obtain for any law schools they are considering: the graduation and attrition rates for minority students, the existence of support programs, and so on.

The Minority Guide also provides tips on how to collect this information. For example, some law schools hold minority-oriented open houses.

Their recruiters often attend minority-oriented job fairs and career fairs, even on quite small campuses. Some recruiters attend meetings of minority student organizations; they've also been known to solicit the names of promising students from minority faculty members, lawyers and law students, and ministers and other professionals. Try to get your name on as many minority-oriented mailing lists as possible.

Most of larger law schools support an extensive roster of minority student groups. Hispanic, Native American, and African American groups, among others, are likely to be involved in recruiting new law students. Often, a law school contacts a minority prospect through a law student of the same ethnic background. Hispanic law students are especially valued because they can speak to prospects in Spanish. It's worth your time to try to contact appropriate minority student groups at the law schools on your preferred list. If you visit, ask to speak to minority students. Or write to the addresses listed in the catalogs.

Some local law schools have also made special efforts to recruit African Americans who have had success in the business world or in community politics. If you are older, experience of this kind can partly compensate for poor undergraduate numbers. You can document the value of your experience by providing extensive letters of recommendation, by writing an essay discussing what you have learned, and by submitting newspaper clippings about your political or business activity that mention you by name.

There are lawyers in wheelchairs, lawyers with cerebral palsy, and even blind lawyers and deaf lawyers. There are lawyers with successful careers who have diabetes, multiple sclerosis or similar serious chronic illnesses. Law as a profession is diverse enough to provide career opportunities for people who cannot walk, cannot speak clearly, or cannot see. If you are handicapped, you are following in the path pioneered by capable and successful predecessors. You are protected from discrimination by the federal Rehabilitation Act of 1973, which forbids law schools to exclude you from any course of instruction for which you are otherwise qualified simply because you have a handicap. Moreover, law schools know that the struggle to cope with a handicap gives you a unique perspective. You can contribute a degree of educationally valuable diversity to a law school class.

For all these reasons, law schools seek and welcome handicapped applicants. Many publicize that fact extensively. Some maintain special resources, and even have special financial programs. For example, Stanford maintains the Folger and Levin endowed fund, used to pay for structural modifications to the law school, equipment such as computer-assisted learning devices, and salaries for note-takers, interpreters and research assistants.

Before you contact any law school, you may want to communicate with the HEATH Resource Center, which operates the National Clearinghouse on Postsecondary Education for Individuals with Disabilities, and which itself is a program of the American Council on Education. The Center can provide information about requesting disability-related accommodations, ascertaining the level of physical and programmatic access available at law schools, and thinking through disability issues surrounding the application process.

Women still suffer from discrimination in legal employment and law school faculty hiring, but gender discrimination is no longer a problem in student admissions. At present, more than 40 percent of all law students are women.

Because they have large numbers of women students, law schools have been pioneers in addressing the problems that women complain about: day care for children, security, and sexual harassment. It's my impression that most law schools have done quite well with respect to day care and many, though by no means all, are highly security conscious. If you are concerned about either of these things, a school's situation can best be determined by a personal visit and by talking with women who are already enrolled.

There's some evidence that women find legal study more stressful than men do, even under the best of circumstances. You don't need to add to your burdens by attending a law school with an unfriendly gender-relations climate. Seek information from women law students or from one of the organized women's groups that operate on campus. Look also for the presence of female faculty members and administrators.

Click Here to View the 2015 LawCrossing Salary Survey of Lawyer Salaries in the Best Law Firms
( 8 votes, average: 4.9 out of 5)
What do you think about this article? Rate it using the stars above and let us know what you think in the comments below.

Overcoming Perceived and Real Bias in the Bar Exam

Overcoming Perceived and Real Bias in the Bar Exam