( 14 votes, average: 4 out of 5)
What do you think about this article? Rate it using the stars above and let us know what you think in the comments below.
Almost every reader will properly assume that the magnitude and diversity of the federal government's annual hiring program for lawyers are unmatched. As always, the basic questions are how to find and take advantage of the opportunities. Almost all of the techniques discussed herein apply equally well to seeking an attorney's position with the government. As a result of the size and complexity of the government's hiring process, the purpose of this piece is to help you tap the market. 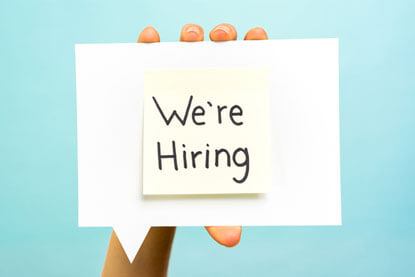 Many, but certainly not all, departments and agencies of the federal government interview on the campuses of various law schools. In the event that such access is provided at your school, take full advantage of the available processes. If you are not so fortunate, or not fully satisfied with the process, general information as to the handling of applications for legal positions in the federal government can be obtained from the Office of General Counsel, Office of Personnel Management.


There are no general regulations as to how applications are handled. Each department, agency, or bureau (words that will be used interchangeable unless the context requires more) determines its own policy or guidelines. Basically, any applicant must be a member of the District of Columbia bar, or have taken the bar examination and received certification within a specified period of time after being hired. There are also relevant regulations which discuss the appointment to positions through competitive and noncompetitive systems.

Most departments require that an applicant seeking an entry level position submit a "Qualification Statement" Form 171, except the Justice and State Departments which require a resume and law school transcript only. The 171 is an official government form which may vary from department to department and which requests detailed information about the applicant's background, education, and experience. Some Forms 171 require the filing of companion forms. Most Departments also require a resume. Additional items that could be requested include a cover letter (stating the division in which the applicant is interested and why the applicant wants to work there), recent writing sample, certified copy of law school transcript, back ground survey form, supplemental statement, and an attorney supplement. Most Departments will at least accept attorney applications. Attorney positions are usually either Schedule A (not competitive) or Schedule C (presidential appointments): most Executive Department Attorney positions are Schedule A.

Once the applications are received they are either held until there is a vacancy or circulated to bureaus having openings where they are routed within the relevant sections in that bureau marked "for your information". If anyone within a bureau is interested in either obtaining more information or setting up an interview, that bureau contacts the applicant directly. Applicants are usually (but not always) sent some type of notice stating that either there is no vacancy and the application will be held until one occurs or it is being reviewed. Once the application has been circulated, it is filed and kept for up to six months and then thrown away.

Once the relevant personnel department makes the initial determination as to the completeness of the application and Ryan-Stating Your Case-2 verifies that a position is open, the application is forwarded either to the office of general counsel or to a separate personnel section to determine if an interview will be granted. Usually, qualifications are determined by the applicant's background, law school grades, school experience, recent legal writing, special honors or awards received, and work experience. Only the truly naive, however, ignore the obvious political considerations which need no discussion here but are certainly factors in the hiring process. Consequently, your local representative or senator might prove helpful in the process. In most cases, the office of General Counsel of the Office of Personnel Management or Office of Solicitor reviews the applications to rate and rank them informally; that office may also set up and conduct the interviews. In some instances, the Bureau Chief or Personnel Department may handle these procedures.

If the applicant applies for an entry level position, he or she must meet only the "minimum qualifications", which are determined by each department, to be considered for an interview. However, as always, the Office of General Counsel first reviews the applications of those considered highly qualified (top honors, special awards or work experience).For entry level positions, government sources maintain there is no "formal" rating or ranking process; if they like you, they hire you. As every reader knows, however, competition for some government legal positions is intense. If an applicant has necessary experience to qualify for a position at a higher grade than entry level, then a further rating and ranking process takes place. As applications are reviewed, most departments make up a "certificate list", and as openings become available, interviews are granted to applicants in the pool.

To determine if there are any vacancies within a department, applicants must maintain contact, either by calling in to each bureau for specific bureau vacancies or by submitting applications every six months to the department.

Most departments do not publish vacancies. When they do post a notice, it is because in-house personnel are not interested, and then the notices are posted only on the bulletin board in their Personnel Offices. (This would include regional offices.)The few departments that do publish vacancies (Housing and Urban Development, Interior, Air Force, and Navy) usually do so in the Legal Times or Federal Research publications. Most departments do not post or publish at all due to the constant influx of applications from in-house personnel and from outside applicants for a particular job classification. The posting of vacancies is usually done at various personnel agencies, federal bar and law schools in the Washington, D.C. area.

Although there are many similarities between applying to the executive branch and to independent agencies, there are some differences. With the exception of the Office of Personnel Management, which requires only a resume, each Agency requires that an applicant seeking an entry level position submit a 171 with the vacancy announcement number indicated on top. As always, the applicant could be requested to include a cover letter (stating the department in which the applicant is interested and why the applicant wants to work there), back ground survey form, recent writing sample, certified copy of undergraduate and graduate school transcripts, supplemental statement, and an attorney supplement form. Copies of these forms can be obtained from the relevant agency. If the applicant seeks a position other than one at entry level, the applicant must submit only a 171 with the vacancy announcement number written on the top. The circulation process and rating and ranking procedures are substantially similar to those in the executive branch.

(Environmental Protection Agency and National Labor Relations Board): One agency (National Aeronautics and Space Administration) publishes its vacancies in a Job Information publication of the Office of Personnel Management. Most Agencies post notices only if in-house personnel are not interested and they do not have any qualified applicants on file. As noted, if they do post, it is usually only in their Personnel Offices. Consequently, each applicant must maintain contact, either by calling each division for specific vacancies or by periodically submitting applications.

This survey section identifies the relevant procedures for locating attorney openings within the federal government. The most helpful information, however, is provided in Appendix B which lists the various Executive Departments and Independent Agencies that hire attorneys, identifies the points of contact, and summarizes the procedures for making application and seeking employment. Obviously, the specific contact may change, and telephone extensions will vary from time to time. Nonetheless, Appendix B provides a short course in identifying openings in government legal service. The lessons learned in other chapters about making the most of such opportunities can and should be applied in securing a legal job with the government.