Share
Tweet
Linkedin
293 Views
( 39 votes, average: 3.9 out of 5)
What do you think about this article? Rate it using the stars above and let us know what you think in the comments below.
Do you understand what people are really referring to when they say ‘litigation’? They're not talking about practice areas are they? . . . They're talking about the process of settling the dispute, whatever that dispute is. Isn’t it? Yes it is. 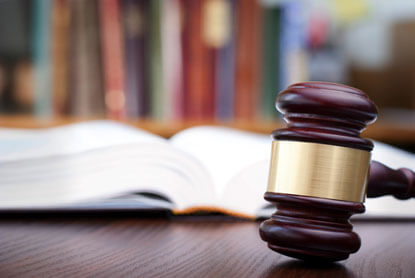 The litigation paralegal is one who assists attorneys in the formalized settling of a controversy between two or more parties. Civil litigation involves many subject areas. The issues could be contracts, a car wreck, an abandoned commercial development, a bankruptcy and foreclosure, a contractual dispute between an agent and a rock band, a commercial conflict between several parties, medical malpractice, torts of all kinds, and any other dispute that is settled in the courtroom.

The first thing to be said for the litigation process and the paralegal's role in it is that it is varied. It is stimulating to move from one subject matter to another, or to work with documents that may range from deeds of trust to mechanic's liens to wills to scribbles on a paper napkin to diaries, calendars, and love letters. It is the litigation paralegal who often gets first plugged in to database management and has to use one or two of several software programs (DBase IV, Paradox, Q&A, Lotus, and many others).

If you have no experience with any of the preceding software programs or others like them, be enthusiastic about the prospect of learning them when you become employed. It would be even better, if you figure out a way to get trained on these programs so that you can include them on your resume. The entry-level paralegal who can boast of this kind of experience has an advantage over other job seekers.

A new paralegal was asked to begin performing data entry on a mechanic's lien case that had just been filed near Vail, Colorado. Two years and 75 defendants later, a small building was rented to house all of the documents that were generated in this suit. Inquisitiveness and enthusiasm kept him on the case. By the time of trial, he had become the "fact expert" on the failed multi-million dollar complex construction project. The use of computers had not reached the height of sophistication that it has today, but in that case (as in all cases) he started with a willingness to use the computer to his advantage, even if his "computer literacy" was not too high. Document imaging and other high-tech approaches to document management may be in store for us in the near future, but no matter what happens in litigation, there will always be a need for a talented, skilled, and enthusiastic litigation paralegal who is willing to become friendly with and talented in document management.

In cases that involve thousands or even hundreds of thousands of documents, whole teams can be involved. Some cases require only a few boxes of documents, while some class action suits have documents housed in warehouses and buildings, coded and labeled by floor, section, row, and box. In these latter cases, trained paralegals may be doing document labeling, document coding, data entry, quality control (checking others' work), document organization and indexing, liaison with computer consultants and attorneys, report production, personnel supervision and team leading, and document reproduction.

As a litigation paralegal, you may work in certain practice areas or firms that never require this kind of massive organizational effort, but the real point here is that the litigation paralegal is in charge of document retrieval, no matter how small the case. Some cases may only have 20 to 30 documents, but if the files are poorly organized and discovery is handled haphazardly, even those documents can become a problem for a paralegal.

The Law of Document Blindness: When an attorney is standing at the door-red-faced, perspiring, with a strained countenance and a raspy voice-pleading for a certain key document, the optic nerve of the paralegal will become blind to the particular document requested, especially if that document is not in its proper place in the file because it is in the paralegal's right hand.

The Law of Document Blindness is an exaggeration of the state of affairs in a busy law office. Still, it is the litigation paralegal's absolute job requirement numero uno to not only label and index documents (or be responsible for this) but to be able to retrieve them quickly.

Know the anatomy of a lawsuit

When civilization took the step of having judges or local authorities decide matters of dispute, and people stopped using axes and guns and fists to settle their differences, the lawsuit became the way to formalize this battle. Some may frown on analogies to wars, but in fact that is what disputes would become without litigation.

Since litigation is the main focus for a great percentage of paralegals in the country, it is important for all paralegals to understand the anatomy of a lawsuit, from initial interviewing, investigating, and fact finding, to the preparation of demand letters, complaints, and initial discovery, to the flurry of responsive pleadings, answers, and cross-complaints, to discovery motions, depositions, exhibit preparation, and trial preparation. A paralegal can be involved from the first interview to appeal.

Ideally, the paralegal is brought in as early as possible in the case. The reality is that when you are hired, cases will be in all stages of maturity: just beginning, just ending, somewhere in the middle. It is always important therefore to emphasize qualities like "fast learner" or "quick study" or "eager to learn new material" during the job interview.

The initial phase of a lawsuit is spent gathering information, finding facts, determining issues, and orienting the dispute. You sit down and determine all the potential sources of information and evidence. Places, institutions, names, addresses, businesses, and locations will become paramount as you begin to create a fact pattern of information. Paralegals in the beginning of a lawsuit will contact hospitals, law officers, public entities containing records (from heating bills to criminal records), secretaries of state, county sheriffs, attorney generals' offices, businesses, individuals, and any person or entity which could hold information or evidence. Recordkeeping, tracking details, and following through are all important talents to emphasize during the interview.

Skip tracing (the act of finding people who don't want to be found) and directory searching are good skills to have. Fill your Rolodex with phone numbers. In the beginning, get help from fellow workers. Remember, you do not have to reinvent the wheel-people in your firm will have done investigation before, so use them as a resource.

Early on, think about how you will number and classify your case documents. Look at some old case files and study how they have been organized and broken down. Use old systems if they work well. Do not be too much of a pioneer when it comes to file organization systems, but at the same time, if you are in charge and responsible, make your system as effective as possible.

Begin Summaries, Memos, Chronologies, and Docketing Systems --There is nothing more visually effective than an early layout or graphic display of a case to give you a grasp of the issues and facts. Do not get too fancy or spend extra money unless requested to, but formalizing and ordering information in outlines, chronologies, simple graphs, and diagrams is a professional and thorough way of grappling with a new case.

Become familiar with your state's rules of civil procedure and discovery. If your firm has a computerized docketing system, insert your case into that system and keep your own docketing file for the case. Go through the complaint and the answer and determine the initial deadlines.

As discovery orders are established, enter those dates on your docket; as motions are filed, enter response dates and dates for replies when necessary. Docket for your side and the other side. You should know when they are late! And you most certainly should prevent your side from making late filings by way of friendly memos. An organized paralegal will draft a memo once a month just to verify and confirm dates.

When is a supreme issue in the law, recording when, and knowing when, changes when, and recording and knowing the new when --all fall to the paralegal. Certainly attorneys are endlessly concerned about when, but this is an area in which you as a paralegal can shine. In litigation, "when" is as important as "what." From statutes of limitation to filing appeals, "when" is always entwined in the story line, and you as a paralegal are in the middle of the whole scheme.

As the file grows and the case proceeds, write, send, and file status reports on a regular basis. You will keep yourself up on the case as dates, times, and issues arise. Status reports will keep you continually aware that "the wheels of Justice grind slowly, but they grind exceedingly fine." The pace of the law is like an ax grinding grain on a stone. When things are quiet, it can be downright dull. But when a deadline arrives, you must be the one ringing the bell.

My feedback for LawCrossing is very positive. It is a great collection of job openings in the legal field.
Thomas