Foreign Lawyers Seeking to Practice in U.S. Face Roadblocks
< Back To All Articles

Do You Want to Be a Lawyer?

Share
Tweet
Linkedin
10 Views
( 5 votes, average: 4 out of 5)
What do you think about this article? Rate it using the stars above and let us know what you think in the comments below.
If you are interested in becoming a lawyer, you can begin planning even before you attend a law school. Look for college preparatory courses in high school. You will need to have a college degree, or some years of college work, to enter any law school. But exactly what skills and knowledge should you accumulate before getting to a law school? 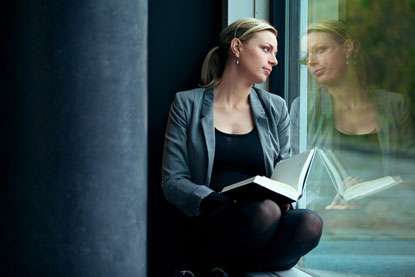 Most lawyers spend much of their time writing. Every day, contracts, letters, or court briefs must be pre pared. In high school and in college, take as many courses as possible to improve your writing skill. For this purpose, instruction in composition and usage is more useful than creative writing.

It is a good idea to learn to type early on. This will help you to complete writing assignments more quickly in high school and in college. Also, typing skills might lead to a summer job in a law office, where you could get a preview of what lawyers do. Today, much law practice involves conflicts between citizens and government. History and other social studies courses that add to your understanding of government are invaluable. Some high schools and junior high schools also offer law-related study programs. Mini-courses dealing with juvenile rights or other issues are popular. Ask about them; enroll if you can.

Many lawyers study political science, or government, in college. But this is only one of many major fields of study that pre-law students choose. In a recent survey of practicing lawyers, the number one recommendation for pre-law study was English language and literature. No particular course of study is required for admission to law school.

Law schools, both in the United States and in Canada, generally require that applicants take an examination called the Law School Aptitude Test (LSAT). Most U.S. law schools also require that applicants have earned a college degree. Some offer a "combined" program. Under this plan, students may begin the first year of law school after three years of college. Law school takes three years, so these students receive a college degree and a law degree in six years altogether. Some U.S. and Canadian law schools admit applicants who have had only two years of college.

At present, applications for law school far exceed the number of class "seats" available. Schools are very selective. Usually, they weigh the applicants' LSAT scores and college grades. Sometimes they consider outside activities and employment records. Women and minority students are now encouraged to enroll, and recently their numbers have increased greatly in law school classes. Carefully selected, most admitted students now complete their studies. In the past, almost half of the first-year law students would flunk out. Success in law school requires certain abilities. Most law students read carefully, speak effectively, and write well. Law students learn to work under pressure. Grades are based only upon final examinations.

Admission to the bar

Most lawyers hold jobs that require them to be "admitted to the bar." Admission to the bar brings with it a license to practice law in a certain state or area. Requirements for admission to the bar in the U.S. are set by a lawyers' organization called the bar association in each state and in the District of Columbia.

Rules for admission to the bar differ. Most applicants must take, and pass, a bar examination lasting two or three days. They must submit references showing "good character" and absence of a criminal record. In most states, only graduates of approved schools may take the bar examinations. At present, 162 U.S. law schools have been approved by the American Bar Association, the accrediting agency.

In five states, the graduates of state law schools do not have to take the examination. Also, each year, some applicants who are not graduates of approved schools take bar examinations. Virginia and four other states still recognize law office study as preparation. This is a holdover from times past when most lawyers were trained solely by working in law offices as apprentices to practicing lawyers.

Since 1972, a "multistate" bar examination has been offered in the U.S. It is a one-day test covering six subjects. It is now used, with other tests, as a part of bar examinations in forty-four jurisdictions, including the District of Columbia and the Virgin Islands.
In Canada, bar examinations are conducted by bar associations in each province. They also set the rules for admission of lawyers to practice. Law graduates in Canada are "articled" (serve as apprentices) to practicing lawyers. Generally, they work in law offices for a year before being allowed to practice.

Most Canadian lawyers are called "barristers and solicitors." However, their work is similar to that done by attorneys in the United States. (In Great Britain, barristers are kept busy in certain courts, and solicitors are more often found in their offices.) Lawyers in Quebec, who are called "avocats," the French word for lawyer, receive different training. They study the civil law that is used in that province. Legal tradition in other parts of Canada, as in the U.S., is grounded upon the common law. The common law is a body of legal principles based upon rulings, originally unwritten, of British courts over many years. The civil law, brought to Canada by French settlers, is a written law with its roots in ancient Roman law.

Some lawyers have jobs that do not require bar membership. However, most law graduates take bar examinations to qualify for practice in at least one state or province soon after finishing law school. It is hard for anyone who has been away from law studies for a time to pass them.

Over the years, there has been a trend for more and more lawyers to limit their practice to one field. Among the specialties practiced are: For years, codes of professional conduct have prohibited lawyers from advertising, or making known their "expertise." These rules have recently been somewhat relaxed. In California and some other states, some legal specialists are now certified or recognized in other ways. If this movement continues, formal training for specialists may become more important. Most specialists now train on the job. There are exceptions. Tax law yers often take special courses and may study accounting. Patent lawyers nearly always have college degrees in science or engineering.

I'm satisfied and benefited by the services provided at LawCrossing as I found my dream job here.
Dorothy Jean