Living and Practicing Law in Philadelphia
< Back To All Articles

Share
Tweet
Linkedin
423 Views
( 55 votes, average: 5 out of 5)
What do you think about this article? Rate it using the stars above and let us know what you think in the comments below. 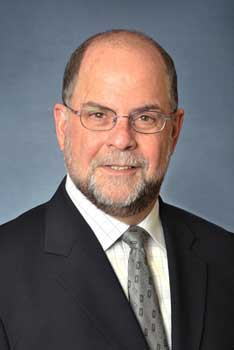 Mitch Satalof owns and runs Juris Placements, Inc., a national search firm that specializes in the recruiting and placement of attorneys. Juris Placements, Inc. is currently ranked 77 out of 259 on LawCrossing’s 2013 Most Influential Legal Recruiters List. According to Mitch’s LinkedIn profile, his company helps “assist partners, groups, counsel and associates seeking change in a client base of firms and employers that includes many of the fastest growing global companies as well as national and boutique firms.” Prior to founding his company, Mitch worked for twenty-five years in the music business, which included working with many wonderful and creative artists. He also spent a few years working in Telecomm, where he honed his recruiting skills prior to becoming a legal recruiter. Although Juris Placements places attorneys in all practice areas throughout the United States, Mitch devotes much of his time placing Intellectual Property attorneys. He is active in placing candidates in Boston, New York, Philadelphia, Washington D.C., as well as the entire U.S.


Mitch was born and raised in Philadelphia, Pennsylvania. He is married and has a son who will soon turn eleven years old as well as two older kids. When he isn’t working, he is an avid tennis player who plays doubles three times a week with a group of professionals who don’t mind beginning play at 6:30 AM. Mitch has been actively playing tennis for the past thirty years.

The legal recruiter is also a devout Phillies fan and noted that his allegiance with the Phillies always leads to an interesting conversation when he is talking to Mets and Yankees fans. When Mitch hosts individuals coming from out of town, he believes “a cheese steak and a trip to the Liberty Bell are on the docket.”

When asked about his educational background, Mitch acknowledged, “I never finished college as I got caught up in the music business many years ago when there was a music business – quite an exciting one at that. Prior to falling into the music business, I tried 3 of what is known as the Big Five schools in Philadelphia – Villanova, Temple and Penn. Once my music career got underway, educational pursuit fell by the wayside.”

The candid legal recruiter discussed his top memory from school. He stated, “Trying to decide what to do when the Spanish class at Villanova started every session with the ‘Hail Mary (in Spanish).’ Should I stand up? Should just sit there? It was a real Woody Allen moment.”

What does it takes to become a successful legal recruiter? Mitch said, “Actually, in the beginning – all it took was the courage and the will to hang your shingle. But more importantly, it takes the maturity, honesty and determination to succeed in a profession populated by 95% ex-attorneys.” How do you embody these characteristics personally and professionally? Mitch replied, “Honesty and ethics – if you don’t have those qualities built in, eventually you’ll be found out in this profession.”

Did Mitch transition into working as a recruiter or was he always involved in the field?
The businessman claimed he did make a transition, saying “Yes - after a long music industry career, I recognized the end was in sight when I received a CD with 152 tracks in MP3 (1998). Seeing the horizon (and knowing that the music bus would eventually be mother ship to [the] end user) I took my skills and moved into recruiting in telecomm. After much success, I realized that the telecom bubble was about to burst, so I then made a conscious decision to move into recruiting attorneys.”

What motivated Mitch to work as a legal recruiter? He asserted, “My skills in business were already transferable to recruiting as I knew how to run and create business, build relationships, systems, etc. Recruiting is another way of selling/marketing – and I knew I’d succeed albeit recruiting attorneys took longer to learn due to the many levels of terrain one needs to learn how to navigate.” Mitch also admitted that at that time, he was at a crossroads in his life and decided that recruiting was his strength/skill and knew that placing attorneys brought with it great rewards financially.

Mitch talked about what he is known for professionally. The recruiter declared, “Music – groundbreaking, marketing savvy, tremendous sales attainment, Grammy nominations. Legal- skilled and seasoned ability to connect the dots.” When asked about his Grammy nominations, Mitch mentioned how he assisted Josef “Joe" Zawinul, an Austrian-American jazz keyboardist and composer, putting out the album called My People. The successful album received a Grammy nomination.

Mitch also talked about his strengths and weaknesses as a recruiter. He revealed, “It’s easy to know when you are working with a great candidate – it is much more difficult to know when not to work with a candidate. Learning how to say no, and maintaining the dignity of all involved matters to me.” Mitch explained that it’s hard to say no to individuals who need help, and his natural inclination is to at least listen to what the person has to say. However, the legal recruiter realizes that you can’t succeed with everyone.

What is Mitch’s advice to new recruiters? He proclaimed, “Learn how to listen, protect your’inventory,’ [and] demand respect for your time and energy as this world always has work but not necessarily productivity.”

Considering his twelve-year experience in the legal recruiting industry, many readers may want to know where Mitch sees the legal field in the next five years. The recruiter said, “Still active but maybe a bit more limited due to internet access for all. That being said, I can remember when the party line was that MTV would kill the music business and just the opposite happened, it exploded. Bottom line – being skilled at making the right connections means that your services will always be in demand. Having credibility and a solid reputation – of course – is a prerequisite.”

So what is Mitch’s recipe for a perfect match? He jokingly said, “Are we talking about life, work or tennis?” The straightforward recruiter continued to say, “Without a doubt, culture plays a huge role, but there are many factors. You must recognize [the] temperature of [the] client and [the] desires and personality of [the] candidate when you are looking to place. We’ve also devised a very thorough screening process that provides the necessary insight into one’s motivations and goals”

In regards to handling fear, Mitch admitted, “Know that you will always succeed – recognize that a no is simply another step towards yes.” The legal recruiter stated that he tackles his obstacles head on.

Has Mitch learned something of value from his mistakes? The recruiter simply stated, “If you don’t, you don’t survive.”

So where does the legal recruiter derive his confidence? Mitch expressed, “Although life is full of challenges, I’ve never undertaken anything that I didn’t believe I would succeed in – once committed to taking on the task. Sounds cocky – but that’s the truth – it’s a byproduct of my life to this point.”

Volunteer Activities, Membership with an Association and Mitch’s Passions

Mitch is on the board of “Ace for a Cure,” a charity set up to generate additional funds for curing diabetes. He said, “It’s a wonderfully fulfilling experience and one close to the heart as our soon to be 11 year old son Sam was diagnosed as a type 1 diabetic at 20 months old.” Mitch is also on the Admissions Committee for Germantown Cricket Club, one of the oldest and finest tennis clubs in the country located in Philadelphia, Pennsylvania.

The legal recruiter holds a membership with the National Association of Legal Search Consultants (NALSC). The majority of members associated with NALSC are legal recruiters and search firms.

When asked, “What causes are you passionate about?,” Mitch replied, “It really would be wonderful if a cure for diabetes or at least a self-contained system of management came to the fore. It’s a bear to deal with 24/7 – at any age.”

Mentoring Others, a Rewarding Job, Muhammad Ali and Future Goals?

Mitch was asked if he had mentors and if he is currently mentoring individuals. If so, how did this relationship assist you in your career? The recruiter said the following about mentoring and being a mentor: “There are people in this world, who gladly give of themselves to help those younger and in need of mentorship. I was fortunate to have a number of great mentors, who acted as sounding boards in my career development. By the time I hit my stride as a business owner, it became easier to look back on advice handed out long ago that still rattles around my head.” Mitch is currently mentoring his kids and he admitted as a recruiter, mentoring others is part of the job.

Why does Mitch find his job rewarding? He said, “I actually enjoy helping people – which is a blessing and a curse.” Mitch explained it can be a curse because he can’t always help people who are seeking it. He acknowledged, “Helping candidates is incredibly time consuming and finding an ace in the deck is where the gold lies.”

Who has been the most inspiring influence upon you? Mitch stated, “Muhammad Ali - a great man who stood for what he believed to be right – no matter who spoke against him.” The recruiter met the boxing legend a number of times, and said he respects Ali because he stood up for what he believed in even though he didn’t make too many friends doing so at that time.

What are Mitch’s goals? He claimed, “Continued success in life and business, competitive tennis, occasionally a win at the poker table.” Mitch pointed out that he always enjoys life, enjoys work and relishes every day.

Thanks for helping me find a job. LawCrossing is better than any other job search websites out there.
Stephen G.

LawCrossing Fact #128: Online job boards are notorious for their one-size-fits-all approach. We don’t dump everything on you and then force you to find your way. We tailor our content to your needs.