Nikki LaCrosse
( 192 votes, average: 5 out of 5)
What do you think about this article? Rate it using the stars above and let us know what you think in the comments below.
An internship is the first chance that a law student has to utilize the skills he/she has been learning in the first year of school. Virtually every law school has a career services department that helps match up students with employers and guides the students through the intense process of interviewing and hiring. Large law firms hire several interns every summer and are aggressive in finding the best and the brightest candidates. Smaller or specialized firms tend to hire fewer students, but offer a more hands-on experience. 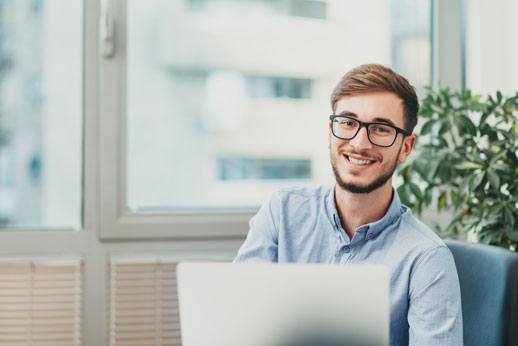 The benefits of an internship are many. Real-world experience and networking opportunities are the biggest, followed by a chance to preview a potential full-time employer, earn a resume entry, and make some money. It also gives a student a chance to see inside the law specialty he/she plans on practicing.


Each law school courts employers to consider and interview its students. For all but the most highly regarded schools, the employers are primarily local. The schools host various job fairs throughout the year, where students can meet prospective employers and attend educational seminars. Guidelines for job fairs and internships are laid out by the National Association of Legal Professionals (NALP), with certain events and positions being limited to second- and third-year students.

For Monique Beadle, a 2L at American University, Washington College of Law, in Washington, DC, a summer internship has turned into a permanent job. During her first year in law school, Beadle met the Executive Director of World Organization for Human Rights USA, a Non-Government Organization (NGO). Within minutes, he was inviting her to volunteer for the organization. That opportunity quickly rolled into a summer internship. "Halfway through the summer, the Executive Director sat me down and said, 'We want you to stay. What is it going to take?'" Beadle said. "Now I'm the Refugee Director."

Beadle's job is frequently full time and carries a lot of responsibility. Between her studies as a 2L and her position at the NGO, Beadle's workweek averages 80-90 hours, but she doesn't consider her schedule to be any more rigorous than that of her classmates. "It's typical of a 2L. They're doing law review, moot court, and clinics. The only difference is they're not schlepping downtown to do their work."

One disadvantage to her internship-turned-job is that Beadle finds herself frustrated with law school. "One drawback is that when you get into the work…you already have one foot out the door of law school. Why do I want to brief a case on search-and-seizure when I am working on something with real-world consequences?" She also worries that not participating in law review or moot court could hurt her future employment prospects. "I'm hoping employers will look at my resume and say, 'At least you've been maximizing your time in law school.'"

Most legal internships occur when students are still in school. For new graduates, one path to consider is a clerkship. There are several different kinds of clerkships, with the most prestigious being at the federal level. Lawyers who clerk for judges serve a variety of functions, from organizing the daily schedule to participating in cases on the docket. Most clerkships run for a year, but can range from a few months to several years. It is not unusual for judges at the federal level to have multiple law clerks to assist them.

The competition for clerkships at all levels is fierce. No matter what court system a lawyer clerks in, it gives him/her valuable experience and contacts that will help his/her legal career throughout the future. Again, NALP has guidelines for how students apply for clerkships and what the schedules are for interviewing and accepting positions. In a 2003 report, NALP described the clerkship hiring process as "chaotic" and "unorganized." The organization outlined a plan for judges and students to follow, but acknowledged, "Judges are not obliged to interview at any particular time in the fall, but some number of judges, perhaps only a handful, will feel compelled to start interviewing early in September."

When the interviewing starts, it snowballs. "Once even a few judges begin interviewing, the candidates can start to push the hiring timetable with the time-honored practice of 'parlaying' or 'leveraging' interviews," the report states. "Specifically, when a candidate receives an interview invitation from a judge, the candidate contacts other chambers in the area where he has applications pending to let the other judges know he is coming to the area to interview and would appreciate the opportunity to speak with them on the same trip. Many times, some of the other judges will schedule an interview with that candidate, even if they had not necessarily intended to start interviewing candidates at that time." Private firms, eager to hire the best and brightest, often find themselves moving up their application deadlines to keep pace with the judges.

Judy Coleman, a 3L at Yale, recently won one of the most prestigious clerkships in the U.S. She will be clerking for the 9th Circuit judge, Cynthia Holcom Hall, in Pasadena, CA. Coleman estimates that 50 percent of her classmates applied for clerkships. "Clerkships are a great experience for lawyers, no matter what their interests are in the law. It's invaluable to learn how judges think. No matter what you end up doing as a lawyer, the clerkship year gives you time to work on your research and writing skills and to be exposed to how lawsuits actually progress."

Regarding the downside of clerking, Coleman notes, "As for setbacks, there aren't any significant ones. A clerkship does mean taking a year at a significantly lower salary than what a big firm would offer you, but firms usually pay a hefty clerkship bonus to clerks who return after their year with the judge."

The question on the mind of every would-be clerk is what do judges look for in clerks. The consensus is that working on law review and having moot court experience are mandatory. It is the rest of the equation that worries applicants. Coleman agrees with those requirements and adds, "Different judges want different things. They all want someone who is intellectually curious and who writes well. They tend to want people who are easy to work with-their chambers are very small, typically only comprising the judge, a secretary, an extern, and the clerks."

The majority of lawyers who have clerked go on to private practice. "I definitely want to practice at least for a little while after the clerkship," Coleman comments. "I think my legal education would be incomplete without working on the inside."

While internships and clerkships will help a legal career, both Beadle and Coleman find that whom you know has a great deal to do with success. "If you live in a city like [Washington,] DC, where everything happens by word of mouth, it's [networking] important," Beadle says. "I made it a point my first year to go to seminars, panels, and cocktail parties." Coleman concurs. "As with all professions, networking is key. Go to informational meetings, ask other lawyers about where they have worked, and gradually build up a base of ideas about what you might be interested in doing." Coleman adds one more suggestion. "Though law school affiliation and grades take you a lot of the way, enthusiasm will do a lot of that work too."