Barton Cerioni Knows How to Seal the Deal for Baseball Players

Share
Tweet
Linkedin
729 Views
( 97 votes, average: 4.2 out of 5)
What do you think about this article? Rate it using the stars above and let us know what you think in the comments below.
For the Love of the Game

When you hear an umpire bellow “STRIKE One!” or see a ball clunk off a bat before it sails 410 feet into the center field bleachers, you are most likely at a ballpark or enjoying the ballgame in the comfort of your home. But most Americans do not think about how elaborate a baseball player's contract might be or who represents the athlete and negotiates his contract before he takes the field. The behind the scene process can be drawn out and at times overwhelming for the athlete as well as the sports agent.


There are countless sports agents who represent baseball players across the country, but not many have the hard work, dedication, and loyalty that Barton Cerioni provides his baseball players. Cerioni, a certified MLBPA agent based in Orange County, California, grew up playing America's favorite pastime. Baseball had such a deep and profound impact on his life that it eventually influenced him to become a very successful sports agent. However, the 33-year-old attorney sharply pointed out that you cannot become a sports agent merely because you love the game. Individuals seeking to break into the industry must possess a certain “combination of skills” before they could become a sports agent. Cerioni attributes two key factors which helped him launch his career as a sports agent: his education and having an excellent network of people in the sports industry, both on and off the field. 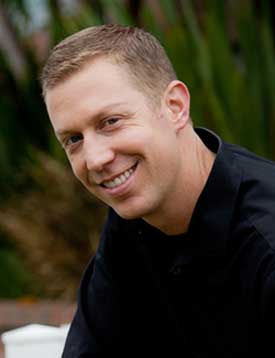 Cerioni graduated from University of California, Berkeley and earned his J.D. at Indiana University School of Law Bloomington. After obtaining his California law license in 2005, he established several contacts through representatives of clubs around Major League Baseball (MLB) and made an effort to build strong relationships with scouts. Every year, during spring training, Cerioni flies to Arizona and Florida to meet with existing clients as well as prospective clients since baseball players come all together from across the country to train for six weeks. The sports agent reiterated that a big part of his success had been due to his networking skills. By 2008, Cerioni's contacts led to his greatest achievement as a sports agent, he founded Full Circle Sports Management with “two honest and diligent partners”, Larry O'Brien and Kurt Varricchio. After establishing Full Circle, the group represented Ted Lilly, an American professional baseball pitcher who currently plays for the Los Angeles Dodgers. On October 19, 2010, Lilly agreed to a 3-year, $33 million, contract with the Dodgers.

How prepared should an agent be before negotiating a contract? Cerioni said, you want to be as prepared as possible, and that “negotiation, knowledge, diligence, and understanding the side” of your client are important factors to consider before signing a contract. The sports agent also acknowledged another significant aspect, perhaps the most crucial component of being a successful agent, loyalty. How else can a sports agent institute an exceptional network of people in the industry without remaining loyal? Cerioni emphasized “Staying loyal to clients, ethics, and yourself” will help you accomplish your goals.

Ethics was another topic Cerioni discussed. When asked if he could do one thing to renovate the Sports Agent Industry, what would it be and how would he go about accomplishing that goal? He stated that agents, including himself, came up with a collaborated effort to revamp the MLBPA (players association) ethics regulations. The sports agent continued to say there were positive aspects that came out of the ethics rules, but it's a work in progress.

Another question discussed was if he thinks a large sports agency that focuses less attention on their clients is better than a smaller agency who counsels more with their clients? Cerioni responded by saying one agency is not necessarily better than another agency. “Some baseball players are looking for a personal experience,” so they favor a smaller agency who counsels more with them while other players prefer a larger and less intimate agency. It depends on the client's preference and experience.

Aspiring sports agents wanted to know where the athlete representation industry is going in 10 years? If you think there isn't enough room in the market for another sports agent, you are wrong. According to Cerioni, the athlete representation industry has had a “saturated market,” especially during the past ten years; however, the sports agent firmly believes there is “always room for people who are smart and bring something to the table.” Agents who are hard working, educated, loyal, dedicated, and build upon their networking skills will remain at the top of the industry.

Since Cerioni is a young man, potential sports agents are probably interested in asking when will agents hit his/her prime/glory years? He said a sports agent will hit his/her prime five to ten years into their practice because of the contacts they made during that time. That doesn't mean an agent loses their “hunger” after ten years. On the contrary, Cerioni will be motivated as a sports agent twenty years from now as long as he has a respectable network with clubs around MLB. He restated he's not going to trade his job and that there is nothing else he would rather do than represent baseball players in MLB. Cerioni had a job every step of the way in his life. Whether it was managing an apartment building or driving a delivery route, the sports agent worked really hard to get where he is today. So the next time you see your favorite slugger up to bat or watch a wild slide passed the catcher for home plate, think about the knowledgeable and intelligent Cerioni and other sports agents who represent and inspire baseball players in the United States.

I like LawCrossing as it is both informative and comprehensive at the same time.
Gavin

LawCrossing Fact #55: Users of LawCrossing are more likely than those who don’t use the site to find their dream jobs because LawCrossing’s staff works 24 hours a day to find them promising career opportunities.