Share
Tweet
Linkedin
344 Views
( 48 votes, average: 4.3 out of 5)
What do you think about this article? Rate it using the stars above and let us know what you think in the comments below.
The firm has grown largely through mergers within the last two decades. In the 1990s, it merged with Ragen, Tremaine, Krieger, Schmeer & Neill of Portland and also with Lankenau Kovner & Outten, which led to the formation of Davis Wright Tremaine

's New York office. Also in the 1990s, the firm became the first US law firm to establish an office in Shanghai, China. In 2007, the firm merged with Washington, DC-based firm Cole, Raywid & Braverman and in 2008 it took in more than 20 lawyers from the former Heller Ehrman LLP. 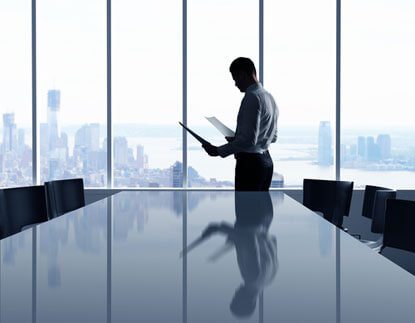 In an effort to extend its international reach, the firm joined forces with the Pacific Legal Network of Sydney, Australia to establish DWT Pacific in 2008. Davis Wright Tremaine is also a member of Lex Mundi and the Pacific Rim Advisory Council, which consists of 32 leading independent law firms and serves to connect the global legal community.

The firm, which prides itself on a culture of diversity, chartered the PRISM Committee in 1999 to ensure that diversity issues concerning culture, race, gender, age, and other areas are appropriately addressed within the firm setting. Additionally, the firm sponsors a diversity scholarship program for first-year associates in its Seattle and Portland office locations. Diversity scholarships are open to first year law students of diverse backgrounds who have demonstrated academic excellence in both their undergraduate studies and through their first year of law school. Scholarship applicants must be willing to serve as a summer associate with Davis Wright Tremaine between their first and second year of law school. Ideal candidates must demonstrate a desire to promote diversity within the community in the present and an interest in promoting diversity following graduation from law school.

Additionally, Davis Wright Tremaine offers the John M. Davis Diversity Scholarship at the University of Washington, which is dedicated to the firm's founder. The scholarship is largely funded by the firm's partners. All eligible students are notified at the time of acceptance into law school.

As a means of recruiting and preparing future lawyers for the workforce, the firm offers a summer associate program. Participants gain experience in a number of areas and are exposed to client conferences, trials, depositions and hearings. They may also prepare pleading contracts, memoranda, and other legal documents and perform legal research.

The Life and Career of Jeffrey Fisher one of the most influential Attorney at Davis Wright Tremaine, Seattle
Schiff Hardin LLP

The articles and the number of the jobs listed on LawCrossing are awesome!
Giancarlo

LawCrossing Fact #221: We provide the option of applying for jobs via the Internet or using regular mail.