Cal Northern School of Law, Chico, CA
< Back To All Articles

Share
Tweet
Linkedin
592 Views
( 77 votes, average: 4.7 out of 5)
What do you think about this article? Rate it using the stars above and let us know what you think in the comments below.
Carolyn Yellis has been a politically active paralegal for more than 20 years. As president and treasurer of the California Alliance of Paralegals Association (CAPA), she was inundated with complaints from the public about "maverick" paralegals filing the wrong documents or absconding with a client's money. In one case, a couple believed they were divorced, but the paralegal filed the wrong document, and they were still legally married - and unable to recoup fees paid to the paralegal. 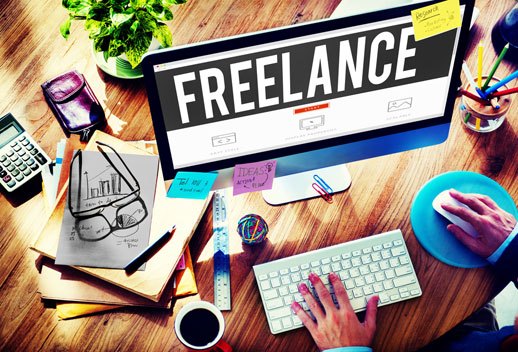 Yellis clamored for something to be done to define and regulate the paralegal profession. When nothing happened, she decided to do something about it herself, and in 2000 a consumer protection law she co-authored was enacted in California, defining a paralegal as someone who works under the supervision of an attorney.

"We had so many complaints about people calling themselves paralegals, either running off with the money, filing the wrong documents, giving legal advice, steering the people wrong. They're not lawyers. And they were calling themselves paralegals and we were saying 'You know, let's define this once and for all so the public will understand,'" she said. "Before the Business and Professions Codes 6450 and 6400 were ever implemented, anyone could call themselves a paralegal and open up a shop. They can't do that now."

Although Yellis feels strongly that paralegals need to work under the supervision of an attorney, she is fiercely independent. Four years ago, she did something rare for a paralegal - she went freelance. And now she says she would not go back to a firm unless they offered her "a bazillion dollars!"

Yellis gets most of her work from attorneys in small firms who realize they need some extra help juggling case loads or preparing for trial. After almost two decades working with various firms, bar associations, and legal publications, Yellis had enough contacts in the industry to go solo. Before quitting her job, she prepared by saving six months' salary to keep her afloat while she built the business. To go solo, she believes, takes a lot of organization and a lot of experience.

"It does take a certain personality," she said. "It takes a person who is organized and can allot their time. Sometimes it's very difficult, even for me. You know, when you're freelance, you sometimes say, 'I don't want to do this!' but you have to because you've got a deadline, and your client is your client, and if you don't work, you don't get paid."

She does most of her work from her Orange County home but sometimes goes into a law firm or to court when a case goes to trial. She said it would be very difficult for a paralegal to go solo early in his/her career, but it is something to aspire to.

"I just know enough attorneys, and basically it goes word of mouth," she said. "I've been really, really fortunate in that I didn't have to advertise, I didn't have to do anything. They come to me."

Yellis says the days of high school graduates becoming paralegals with no higher education are long gone in California and are changing across the country. She says anyone interested in becoming a paralegal should attend an A.B.A.-approved school for paralegal studies. "Then you've got absolutely no fear that you're going to qualify."

The law Yellis co-authored also defined the role of legal document assistants, who help the public create and type legal documents. The law was controversial, and many businesses had to remove the word "paralegal" from their letterheads and advertising as a result. Now people who create legal documents for the public but do not work under the supervision of attorneys have to post a bond for $25,000, so the consumer is protected if, for example, the wrong divorce documents are filed, according to Yellis.

Yellis became a paralegal after becoming a foreclosures specialist with Wells Fargo in Arizona. She started her career in 1981, working for a collection company before moving to Wells Fargo, which transferred her to Southern California.

Wells Fargo paid for part of her paralegal studies, and she says her banking experience has been a great help although she now works in various areas of litigation, including employment law and personal injury. She is currently working on her first criminal case, "which is really interesting." Attorneys often call on her to investigate cases, and then she works with the client directly before reporting back to the attorney.

She says technology has made freelancing as a paralegal easier, especially with "e-Discovery," using scanned documents on computer files. Yellis can easily work from her home office if attorneys have electronic case files. Technology also allows her to work for attorneys in different counties without a long commute because it's not necessary to physically be at their firms.

What is most important to running your own independent paralegal career? Yellis says it's learning Business 101.

"You have to be a business person in order to work for yourself," she said, "because we are not only responsible for the work that we do for our clients, but we also are responsible for our taxes, and for our own insurance — And if you don't prepare before you go into business, you will fail. You can't just say, 'Okay, I'm going to quit my job, and I'm going to work freelance.'"

But once the leap is made, Yellis believes, it is worth it. "It's always hectic, and it's always different," she says.

I found a job through LawCrossing. If the need ever arises in the future, I will definitely use LawCrossing again.
John K.

LawCrossing Fact #229: We put all of our effort into serving our clients rather than promoting our site.