Mary Waldron
( 71 votes, average: 4 out of 5)
What do you think about this article? Rate it using the stars above and let us know what you think in the comments below.
After a trip to the local courthouse sparked his interest in law during middle school, Dubin began to think that practicing law might be something he could be good at. "I like the correlation to participating in sports—you have a winner and a loser, and you train very hard to win. It could be a pretty exciting way to go," he explained. 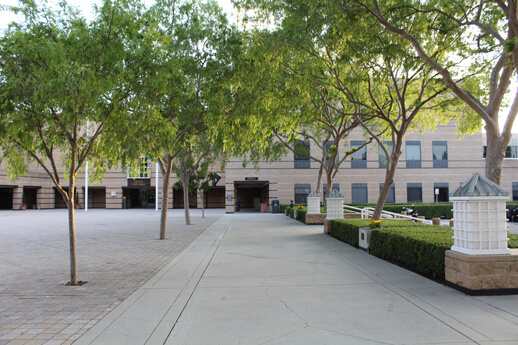 "I always kind of had the personality that liked to be in the spotlight, and you kind of have to have that to be a trial lawyer...only [about] 10% of lawyers go to trial, but if you want to be in front of a jury, you've got to be born with that kind of personality," Dubin said.


Dubin attended California Western School of Law in San Diego, where he worked on the law review and then clerked for the Fourth District California Court of Appeal in San Diego. Dubin anticipated that his clerkship during his last year of law school would give him a head start in the San Diego law community. But unfortunately, because the market was so bad after he graduated, Dubin had no luck finding a good position in San Diego.

This prompted Dubin to venture north to Los Angeles in hopes of brighter opportunities. Many people have the perception that Los Angeles attorneys are all well paid and powerful from day one. Not true. Dubin had to learn that bitter truth the hard way when he was offered a salary of $42,000 for his first position in downtown Los Angeles at Stockdale, Peckham & Werner. "When I asked the guy for more money, he pulled out a stack of resumes and said, 'Do you want it or not?'" he recalled.

After putting in his time at Stockdale, Peckham & Werner, Dubin moved to Orange County to take a position at Murtaugh, Miller, Meyer & Nelson. Strengthening his game in the courtroom, Dubin stayed at the firm for a couple of years, until he got the urge to open his own firm. He has been a sole practitioner in Irvine, CA, for approximately 10 years.

Dubin has also ventured outside the courtroom to teach law school. "I loved it and hope to go back and do it again someday. It was way more time-consuming than I thought," he said. He taught ethics and remedies at Whittier Law School in Costa Mesa, CA, for about a year.

"It was just fun. I had, like, 80 students. I remember I brought in CBS's 48 Hours and got them all on TV, so they loved me from the start," he said. "I was really raw. I told them real-world stories—I wasn't playing hide-the-ball. It was definitely a lot less stressful and different than the fighting and litigation."

In 2002, Dubin was asked to host a radio show for CBS called Legally Speaking with Eric Dubin, a fun legal program that aired on Saturdays during Howard Stern's weekly time slot on 97.1 FREE FM in Los Angeles.

"I loved it. It was just another example of wanting to do something different and having some fun," he said. "I took calls for an hour and gave legal advice. Sometimes I would have friends on to talk about different issues."

Although he no longer hosts the show, Dubin still makes monthly appearances on the Conway and Whitman Show, which airs weeknights from 8:00 to 11:00 p.m. on 97.1 FREE FM.

Dubin represented and won the wrongful death civil suit filed by Bonny Lee Bakley's four children against actor Robert Blake in November of 2005. Blake was accused of murdering his wife, Bakley, after she was found shot in his car outside of Vitello's Restaurant in Studio City in 2001.

Blake told the police he had gone back to the restaurant to get a gun he left at the table and was inside when the shooting occurred. Although Blake was found "not guilty" in the criminal case in May 2005, he was found liable by Dubin in the civil case, which won the family $30 million that Blake was ordered to pay later that year.

"Intense and amazing," Dubin said of the case that has marked his career in law. "It turned out to probably be the biggest victory of my career. It's like a Super Bowl win when you win something like that."

The Law Offices of Geragos & Geragos

It Can't be Easy Being Lindsay Lohan's Lawyer

The Law Offices of Geragos & Geragos

It Can't be Easy Being Lindsay Lohan's Lawyer