By Felicia Dominguez
( 84 votes, average: 4.5 out of 5)
What do you think about this article? Rate it using the stars above and let us know what you think in the comments below.
Whittier Law School, the law school of Whittier College, is located on a satellite campus in Orange County, California, in the city of Costa Mesa.  In 1975 the law school became part of Whittier College, established by Quakers in 1887 and named after the renowned poet John Greenleaf Whittier.  Today, both schools are non-sectarian and fully engaged in 21st century technology and educational principles. 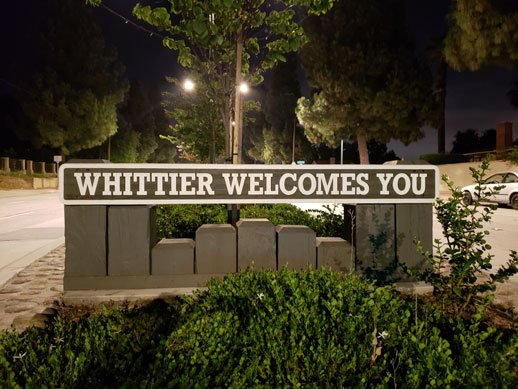 Founded in the Hancock Park section of Los Angeles in 1966 as Beverly Law School, Whittier Law School received accreditation from the American Bar Association in 1978. In 1997 Whittier Law School moved to the explosively developing region of Orange County, becoming the first ABA-accredited law school in the area. With diverse and significant cultural and recreational opportunities, the school's central location between Los Angeles and San Diego provides access to the largest concentration of legal employers in the nation.


For the better part of this decade, Whittier has been ranked as one of the most diverse law schools in the nation, placing in the fourth tier of ABA-accredited law schools each year from 2003 through 2006, according to U.S. News & World Report. With a network of more than 4,000 alumni practicing in 48 states and 14 countries, Whittier's mission is to serve the underrepresented community by providing access to a legal education and preparing ethical, quality lawyers for practice across the nation.

Offering concentrations in business law and criminal law, Whittier also has courses in health law, public interest law, and trial and appellate practice. Sponsoring wide-ranging symposia and law-oriented workshops, two institutes for academic support and legal writing have been established, in addition to study-abroad programs in China, France, Spain, Israel, and the Netherlands.

With a current enrollment of 273 students, Whittier Law School's small student-to-faculty ratio of 17:1 provides personal interaction with distinguished professors, many of whom are nationally and internationally recognized as experts in their fields. Tuition is $29,190; graduates' average starting salary is $65,000.

Whittier's lagging first-time California bar passage rate at the start of the new century led to the American Bar Association's placement of the school under two years' probation, beginning August 8, 2005. The National Jurist (vol. 15, no. 5) reported that in imposing Whittier's probation the ABA cited substantial and persistent noncompliance with two sections of its standards. The ABA noted the first-time California bar passage rate for Whittier graduates below 50% on each exam since July 2000, limited academic support programs for students with low entering credentials, and a failure in its upper-class writing requirement.

Whittier has since taken decisive steps to protect its accreditation; as a result, the school has shown a 19% increased rate of success. At this time the school retains its accreditation as the ABA monitors its efforts toward compliance with unpublished standards regarding bar passage.

Whittier claims that the ABA lacked diligence when reporting that the school lacked academic support and legal writing requirements, with the school pointing to an extensive voluntary academic support program in addition to an above-average number of legal writing graduation requirements. College President Sharon Herzberger said that first-time bar passage rates at Whittier increased by 10.5 points between July 2003 and 2004 and by nine points from February 2004 to 2005. The school's bar passage rate showed improvement for the February 2006 bar, while results for the July 2006 bar showed a passage rate of 59%.

Whittier Law School is cradled in a sunny, coastal section of Southern California, minutes from the beach, one hour from the mountains, and centered among modern concert halls, fine galleries, and world-class museums, arenas, ballparks, stadiums, restaurants, and shopping areas. With a distinguished history, a challenging curriculum, and a determination for continued excellence, Whittier Law School retains its commitment to its mission for its students, the community, and the nation.