In an attempt to solve the complex issues of granting and exercising stock options, Duane Morris, LLP, has set up a Stock Options Task Force. Attorneys from the firm's different practice areas will work together to tackle stock option issues of companies, including internal and SEC investigations; securities filings and restatements; and tax, accounting, and Sarbanes-Oxley matters. The team will include attorneys with extensive experience representing companies, boards of directors, and special committees in connection with SEC inquiries and investigations, securities offerings and compliance, financial restatements, internal controls, corporate governance, tax, criminal law and procedure, and shareholder litigation. 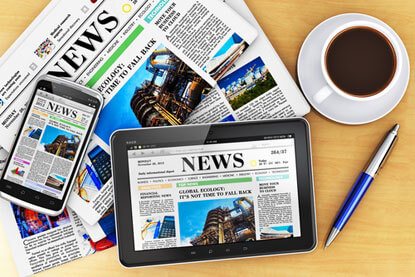 Godfrey & Kahn Implements Latest Technology
Wisconsin-based Godfrey & Kahn has successfully implemented BigHand3, a digital dictation workflow system, across its offices. The law firm is the first corporate law firm in the United States to implement it, which will be accessible to 350 attorneys and assistants across five offices. Currently, the firm is using the software in its Milwaukee, Appleton, Green Bay, Madison, Waukesha, and Washington, DC, offices and in the future plans to add BigHand3 to its Shanghai office. Globally, the BigHand technology is used by more than 400 law firms.

Mid-sized Firms in Pennsylvania on Growth Path
Recently, the state of Pennsylvania has witnessed the closure of offices of major law firms, paving the way for medium-sized and smaller law firms, which unlike large firms normally don't have branch offices. Legal experts feel that although the central part of Pennsylvania has witnessed rapid industrial growth resulting in more legal work, the culture of the region, which is relationship-driven, has made it difficult for large firms to survive. Larger firms are pulling out of the area because of their high charges, with the exception of firms that have a strong focus on government-relations work. On the other hand, mid-sized firms like Buchanan Ingersoll & Rooney, McNees Wallace, and Stevens & Lee

are planning expansion of their staff strength in the region to strengthen its practice area.

Day Berry Expands
Day, Berry & Howard, LLP, has announced the opening of an office in Washington, DC, and the expansion of its New York office. The D.C. office will be supported by three attorneys, who will work in the firm's energy practice, and will be headed by new partner Richard M. Lorenzo. The New York office has expanded with the addition of five attorneys, taking the total number of lawyers to 19. The new recruits will support the firm's commercial litigation practice, which will be led by partner Jimmy Szymanski.

Ballard Spahr Launches Office in Phoenix
At a time when the region is witnessing a large population increase, leading national law firm Ballard Spahr Andrews & Ingersoll, LLP, has opened a new office in Phoenix. The office will be headed by Karen McConnell and Stephen Savage, both former partners of Fennemore Craig. McConnell, a corporate and securities lawyer, has significant experience in mergers and acquisitions and has represented companies in more than 300 asset- and stock-based transactions. Savage specializes in business planning and real estate transactions and has extensive experience regarding acquisitions and divestitures.