Arizona Law School Directory
< Back To All Articles

Share
Tweet
Linkedin
609 Views
( 80 votes, average: 4.7 out of 5)
What do you think about this article? Rate it using the stars above and let us know what you think in the comments below.
Amy S. Davis is a woman with drive. Having worked in the legal field for almost 20 years, she has successfully navigated a steady path up the professional ladder, stopping short of law school in order to spend more time with her daughter. 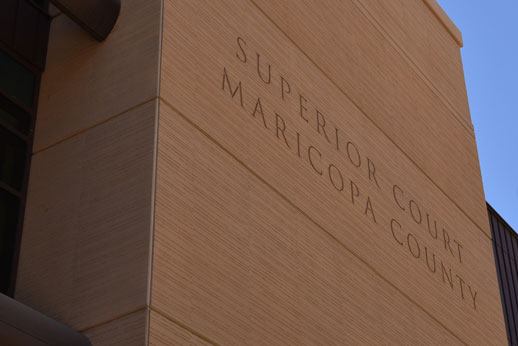 I started working in a law office upon graduating from high school, while attending community college at night. My aspirations were to transfer to a university and obtain my degree so that I could pursue law school," she said.

"I eventually transferred to Arizona State University and graduated with concurrent baccalaureate degrees in political science and sociology," she said. "The time I invested in my education was worth it, but it also had taken a great deal of time away from my daughter. Being a single parent after six years of marriage, I felt my time was better served spending it with her rather than buried in books; so I put off going to law school."

Over the past two decades, Davis' career has progressed from a runner to a receptionist to a secretary to, finally, a paralegal. She said having a proactive work ethic helped get her to the position she is in today.

"What I liked most about the legal field was being in a professional, educated business environment, and I found the work I performed was both interesting and challenging," she said. "I embraced new challenges—even pursued them by requesting to take on new tasks and assignments—and learned as much as possible along the way. Those opportunities allowed me to assume new roles over the years…."

It was 13 years into her career in the legal field that Davis first learned of a paralegal-certification course. She said she decided to enroll because she viewed it as a way to validate her education and experience in the profession.

But Davis didn't stop there. She went on to hold prominent positions in various paralegal associations and is currently serving as President of the Paralegal Division of the Maricopa County Bar Association (MCBA).

"I served on the APA's [Arizona Paralegal Association] Board of Directors as Chairman of the CLA Committee in an effort to help others pursue their designation," she said. "I assisted the MCBA Paralegal Committee in the drafting of the bylaws in its transformation to a division of the MCBA, the first paralegal division of any county bar association. Eventually, more of my time was being devoted to the MCBA paralegal division's various committees and events. The first year, I served as an avid volunteer. In the subsequent years, I served on the board as director, secretary, president-elect, and now president, overseeing all facets of the division's many benefits to its members."

Also, Davis credits the various associations she has been a part of with opening the door for her to "author articles for publication, administer the CLA examination to paralegals, and serve as adjunct faculty in the paralegal studies program at Phoenix College."

"The past several years have been an amazing professional experience that has enhanced my competence as a paralegal and provided me with the opportunity to pass that knowledge and experience on to others," she said.

Currently, Davis lives in Mesa, AZ, and commutes to Phoenix, where she works at the law firm Rake & Catanese.

"The firm specializes in high-exposure plaintiff litigation such as quadriplegia, brain injury, and wrongful death, with a focus on complex product liability and medical malpractice," she said. "As part of the litigation team, I am involved in all aspects of the case, including, but not limited to, investigation and interviewing, coordinating experts, discovery, and trial."

"There are many things I enjoy about my job, but the thing I enjoy most is working together with various professionals in the pursuit of justice in the legal system," she said.

Being a person who has continued to learn and advance throughout her career, Davis encourages paralegal students to keep building upon their paralegal education after graduation.

"I tell students to build on their own knowledge and experience throughout their education as a paralegal, which doesn't end upon graduating," she said. "That learning continues in the profession as paralegals take on more responsibility, whether it is learning new rules, procedures, tasks or assignments, computer programs, attending training sessions or seminars, and on-the-job experience. The more that can be acquired, the more they will enhance their own competence as a paralegal in the profession, thereby making them more valuable."

She also understands the obstacles that often accompany the transition into the workplace and encourages recent graduates to persevere with confidence.

"Students often find the transition into a working paralegal position challenging; just getting their foot in the door is difficult at times. I know. I started at the bottom and worked my way up," she said. "To those challenges, I recommend persistence, dedication, and commitment to the profession. It's the excellence you achieve that will land you the job and make working as a paralegal a successful and rewarding career."

LawCrossing is very nicely managed. I never faced any problems with it. It's a smooth ride!
Lawrence

LawCrossing Fact #15: LawCrossing allows you to browse jobs by state to narrow down your results.