What Does It Mean to Be a Bankruptcy Lawyer?Bankruptcy Law & Chapter 11 ExplainedMoney Makes the World Go 'Round'Costs and Fees
< Back To All Articles

The Top 4 Aspects To Know About Bankruptcy Law

Share
Tweet
Linkedin
101 Views
( 15 votes, average: 4.5 out of 5)
What do you think about this article? Rate it using the stars above and let us know what you think in the comments below.
Summary: Bankruptcy law offers prospective and transitioning lawyers alike an exciting practice field in which no two bankruptcy cases are alike. 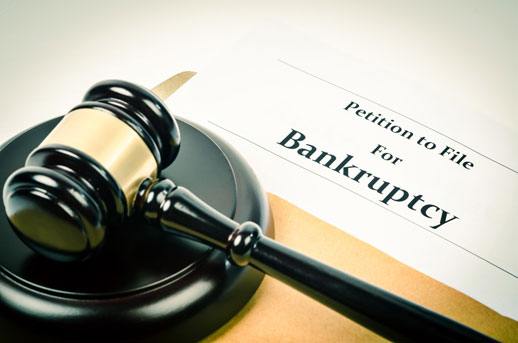 We see the commercials advertising the legal services or we may even know individuals who at some time in their lives have hired an attorney because they have fallen into bankruptcy.


Granted, the reasons could be many as to why this happens; some are unavoidable, others completely avoidable.

But the blame, accusations, finger wagging and such stops there.

Once bankruptcy is declared, it’s time to call a bankruptcy lawyer who at some point in the future could be you. But first do you know the 4 top aspects of what a bankruptcy attorney is about?

If so, or if not, you’re strongly urged to read the rest of this article for insight into the world of bankruptcy attorneys, all of which is featured in a recent article published on Legal Career Path.

First of all, what is bankruptcy?

Bankruptcy laws focus on helping individuals solve and repay their debts after they have suffered heavy losses.

These laws along with the Bankruptcy Act in 1898 also called the Nelson Act are what our modern debtor/creditor relation system is based upon.

It is all too common to hear that a person in a bad financial situation may “declare bankruptcy.” The question is what exactly does that mean?

Which laws govern bankruptcy proceedings in the United States – and how are lawyers a part of the process?

Sure, with sexier practice fields in a lawyer’s future, such as entertainment or real estate law, bankruptcy law may not be a first choice. However beyond the fact that bankruptcy law can have its fair share of excitement, fulfillment and yes, notoriety, it can be a very satisfying concentration.

Plus, bankruptcy law can be practiced anywhere in the country. This is because the process of declaring bankruptcy occurs within ever social group from wealthy to marginalized, and with that it can occur within every region of the U.S.

Federal bankruptcy laws, which govern nearly all bankruptcy proceedings, are statutory laws outlined in Title 11 of the United States Code.

To that point, there are three common types of bankruptcy proceedings:

As a bankruptcy attorney involved in a bankruptcy proceeding, your final goal is to benefit both the debtor and the creditors. In doing this, you allow creditors to become satisfied while still allowing debtors to have a fresh start financially.

Whether one represents a debtor or a creditor, bankruptcy lawyers on either side consciously seek to facilitate this goal.

Typically, bankruptcy attorneys draft motions and proceedings to be filed in court, as well as draft responses to motions and other filings.

These types of attorneys also engage in and review discovery documents. They hold meetings with clients and adversaries to discuss how best to move forward.

And when a bankruptcy lawyer files motions for their clients, if all goes well, their bankruptcy case is set to be heard by the court, and lawyers will have to be prepared to argue them. However, junior attorneys in bankruptcy firms may not always get to court to argue these motions – that practice is often left up to the more experienced attorneys.

A bankruptcy lawyer performs a variety of tasks, which is why a lawyer with a well-rounded legal education is often needed with bankruptcy cases.

Additionally, bankruptcy lawyers must have a strong understanding of the bankruptcy code, as well as excellent legal research and writing skills.

Lawyers in this field must communicate openly with clients, as well as negotiate with adversaries in pending proceedings, so needless to say strong people skills are a must for this practice field.

Of course litigation skills are a necessity, even though newer attorneys may not argue in court right off the bat.

At any rate, all bankruptcy lawyers should be prepared to argue motions filed in court at any time.

Because of this, a full understanding of the filings involved, as well as strong communication skills are a must in this field.

Bankruptcy is hardly ever a static practice field. At any time, someone somewhere in our vast country has or is destined to declare bankruptcy.

To this point, bankruptcy law continues to be a strong and growing field, which lends itself to the fact that anyone from a law student to an established attorney should at some point look into bankruptcy as their specialty.

Also good to know is many law firms offer a bankruptcy practice, which typically involve a heavy workload.

Students interested in working in this field should look to apply to both small and large firms with an active bankruptcy practice.

While in law school, most students will have the opportunity to take a course in bankruptcy law. Decidedly this is the best way to learn more about the field and the laws involved in bankruptcy proceedings.

Students interested in this practice area should consider taking a course in bankruptcy or a similar topic such as:

All schadenfreude aside, the truth is as plain as day; many Americans, if not many people throughout the industrialized world, do not know how to handle their finances or budget for their core responsibilities such as rent, a car payment, food, etc.

Many more have found that due to the relatively relaxed nature of bankruptcy law, it’s much easier for people to declare bankruptcy than to work their way out of debt.

What this means for bankruptcy attorneys is they will always have work.

And while you might think that the work can become dull after an attorney represents a large number of bankruptcy cases, truth be told that each bankruptcy case is different from the last. No two are alike, which should supply an ample amount of excitement to one who chooses this practice field.

While bankruptcy has its negative connotations – and with good reason, in today’s society for a person, persons, family or business to declare bankruptcy has become a common action when these people and entities are in debt.

That in and of itself should solidify the case for any budding or transitioning attorney to consider bankruptcy law as their practice area of choice.

LawCrossing is like a miracle to me as I found my dream job right here. Thanks LawCrossing!
GEORGINA