A Guide for Attorney Salary Negotiation: How to Negotiate Your Salary Like a Pro

Law School Professors And How To Deal With Them

Decision-making can suffer under stressFree Employment Clinic: How to Fix the Boo-Boos in Your History

Providing Excellent Legal Service to Your Clients
< Back To All Articles

The Four Barriers to Learning and How to Overcome Them

Share
Tweet
Linkedin
2 Views
( 1 vote, average: 4.3 out of 5)
What do you think about this article? Rate it using the stars above and let us know what you think in the comments below.
Summary: While there are many different scenarios that can play out, the barriers to learning something new boil down to a few key issues. 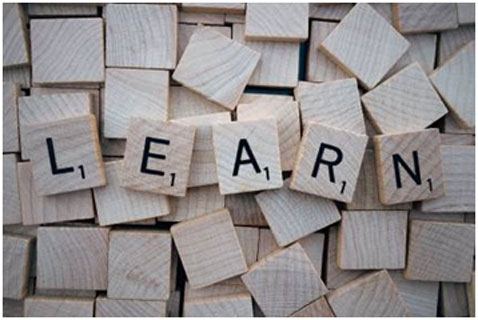 Have you ever tried to learn something new—whether it was Spanish for your college credits, how to knit a sweater, or how to play a sport—and found yourself struggling to reach the goal you’d set out for yourself? Many people set out to learn something new but rarely make it to the finish line that they had envisioned.


While there are many different scenarios that can play out, the barriers to learning something new boil down to a few key issues: (1) becoming overwhelmed, (2) frustrated, (3) uncertain, and (4) fearing failure.

How to overcome it: Make smaller goals. So you want to learn Spanish? That can take years. Start with something smaller like learning a few key phrases, the alphabet and some numbers. Then learn a new group of phrases and following that, a section of grammar. Mark off each of these small goals so that you feel like you’re working towards a goal that will eventually be realized.

How to overcome it: Have a beginner’s mindset. When you’re learning something new, you have to let go of your ego and know you’ll probably be bad for a while. You’re not trying to prove anything to anyone immediately, so put up your blinders and focus on yourself. Eventually you’ll see the improvement you want.

How to overcome it: There are two ways to overcome uncertainty: one is to change your mindset and the other is to just do it. To change your mindset, you have to embrace the uncertainty and tell yourself that being uncertain means a new experience is coming your way and that it could be amazing—if you invest the time and commit to it. As for just doing it, well, that’s a given. The first step, no matter what your goal, is always the hardest. Sometimes you just have to brace yourself—and all your anxieties—and jump in feet first not knowing how things will turn out.

How to overcome it: Know and accept that you will fail. The simple act of failure itself means that you’re trying something new. While it’s easier to live inside your comfort zone and only do things you know you’re good at, what kind of life is that? Embrace failure. Give yourself praise for trying and failing. Each time you do, you learn something.

The online job application feature of LawCrossing is wonderful. It saves a lot of time. Thank you!
Nicole