Book Review - The Language of Flowers

5 Love Languages for the Office and How to Use Them

Texting: The Way to Communicate?

The Pros and Cons of Office Romance
< Back To All Articles

Book Review: Girl on a Wire

Share
Tweet
Linkedin
2 Views
( 1 vote, average: 4 out of 5)
What do you think about this article? Rate it using the stars above and let us know what you think in the comments below.
It’s no secret that, despite being in my late twenties, every once in a while I love reading a young adult or more teen-oriented novel. I think it’s the silly romantic in me, the girl who still dreams about prom and perfect first kisses.

Gwenda Bond’s novel, Girl on a Wire, definitely didn’t disappoint the young romantic in me. 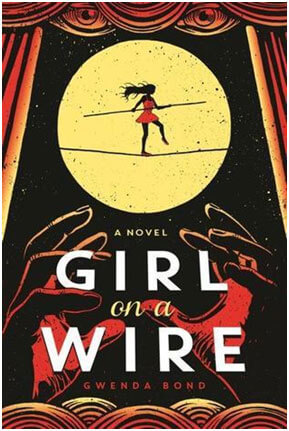 First, a synopsis from Goodreads:

“A ballerina, twirling on a wire high above the crowd. Horses, prancing like salsa dancers. Trapeze artists, flying like somersaulting falcons. And magic crackling through the air. Welcome to the Cirque American!

Sixteen-year-old Jules Maroni’s dream is to follow in her father’s footsteps as a high-wire walker. When her family is offered a prestigious role in the new Cirque American, it seems that Jules and the Amazing Maronis will finally get the spotlight they deserve. But the presence of the Flying Garcias may derail her plans. For decades, the two rival families have avoided each other as sworn enemies.

Jules ignores the drama and focuses on the wire, skyrocketing to fame as the girl in a red tutu who dances across the wire at death-defying heights. But when she discovers a peacock feather—an infamous object of bad luck—planted on her costume, Jules nearly loses her footing. She has no choice but to seek help from the unlikeliest of people: Remy Garcia, son of the Garcia clan matriarch and the best trapeze artist in the Cirque.

As more mysterious talismans believed to possess unlucky magic appear, Jules and Remy unite to find the culprit. And if they don’t figure out what’s going on soon, Jules may be the first Maroni to do the unthinkable: fall.”

Although based in modern times, I constantly felt like I was in the 19th century when reading this novel. It’s all about old-world magic, living and performing in the circus, and the grandeur of a show that has been lost in days of special effects, surround sound and 3D movies.

The story went in directions that I never expected, and from the very instant I fell in love with our protagonist and almost more so with her love interest. I had a general idea where the storyline would go (this seemed like the kind of book that would end well) but it definitely led me through some shocks, suspenseful moments, and one very late night of reading. I would definitely recommend this story to anyone with a little romanticism in them (who can leave their cynical hat at the door).

LawCrossing has jobs that I could not find on other job sites, so that certainly makes your service invaluable.
Regan

LawCrossing Fact #213: We own a job search engine, www.hound.com, which runs in the background to ensure that all of the jobs that are relevant to LawCrossing are identified.