( 3 votes, average: 3.6 out of 5)
What do you think about this article? Rate it using the stars above and let us know what you think in the comments below. 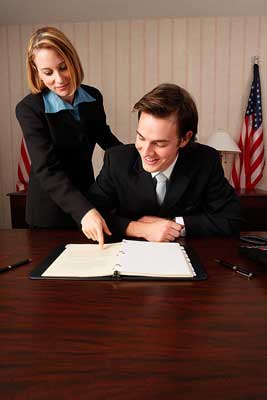 New Jersey's recent consideration of licensing requirements for paralegals illustrates the arguments made on both sides of this issue. Paralegals, attorneys, and court systems around the country watched the developments in New Jersey closely because it was the most wide-ranging licensing plan yet proposed by any state. In addition to licensure, the proposal included establishing a code of conduct for licensed paralegals, imposing mandatory educational requirements, and creating an Administrative Office of the Courts (AOC) to oversee the regulation of paralegals. The New Jersey Supreme Court studied the plan for five years before publishing the so-called Kestin Report (named after its chairman, Appellate Judge Howard Kestin).

The ABA opposed the plan, arguing that it provided no tangible benefits to the public or the profession and predicting that it would hinder the public's access to affordable legal services if the proposal resulted in limiting entry into the paralegal profession. But paralegal organizations maintained that standards for education, licensing, and conduct would enhance their profession, especially since there were more job openings in New Jersey than qualified paralegals to fill them. Critics responded that licensing was unnecessary because competition in the marketplace dictated that paralegals maintain the highest standards possible. Furthermore, they argued that establishing another level of bureaucracy for licensing and oversight by the AOC would be expensive. Although the Kestin Report indicated that the AOC would be "self-funding," most questioned the feasibility of that and argued that, without state support or assistance from some other outside source, paralegals would not be able to support this agency. The three paralegal associations in the state overwhelmingly approved the licensure and regulation of paralegals, but expressed some concern about the Kestin Reports requirement that educational programs be ABA-approved.


The New Jersey Supreme Court rejected the recommendations in the Kestin Report, thereby bringing closure to the impassioned six-year debate that had attracted so much attention nationwide. The court said that supervision of legal assistants was best left to attorneys, but did direct one of its panels to develop guidelines to be followed by lawyers in supervising paralegals. Although rejecting outright licensure, the justices did encourage developing a "credentialing system" to recognize qualified paralegals.

To get more in-depth information about NFPA's position on licensing and its reaction to the New Jersey proposal, go to www.paralegals.org, click on "Professional Development," and then on "Regulations" and also on "Unauthorized Practice of Law." For NALA's position on these issues, go to www.nala.org, click on "Information and Articles," and then on "Professional Issues."

Pros and Cons of Licensure

Pros
Cons
Questions Raised by Licensure
When she began sending out resumes and going to interviews, Martha was thankful she had opted to participate in an internship. The single most frequently asked question was about her experience. Without the internship, she would have been hard pressed to come up with any legal experience. As it was, she could say she had done everything from drafting complaints to helping prepare trial notebooks, and she had at least six attorneys who were using her for her competence and zeal.

Because of her former experience as a real estate agent, she thought she was best suited to work in the field of real estate law and accepted a position with a sole practitioner who specialized in that area of law. After a month in the office with little or no supervision, however, she realized the attorney assumed she could do a lot more than she was capable of at that point. When she asked for more guidance, the attorney assured her (as she went zipping out the door) that she had the utmost confidence in her abilities and that she would review her work when she returned. Upon learning that the attorney did not review her work before sending it out, Martha could see a malpractice suit in the making and decided to quit before one of them committed a grievous error.

Paralegal job openings are out there if you know where to find them. Click here to find them.
( 3 votes, average: 3.6 out of 5)
What do you think about this article? Rate it using the stars above and let us know what you think in the comments below.

Alternative Careers in Law If You Can't Attend Law School

Alternative Careers in Law If You Can't Attend Law School