What It's Like To Be a Special AgentD.C.'s Gun WoesCan the case of Right of the people to keep and bear Arms as per Constitution's Second Amendment be left alone?
< Back To All Articles

Do Gun Laws Cause More Deaths than They Prevent?

Share
Tweet
Linkedin
81 Views
( 13 votes, average: 3.7 out of 5)
What do you think about this article? Rate it using the stars above and let us know what you think in the comments below.
We asked attorneys and legal professionals in North America if they thought gun laws caused more deaths than they prevent. You might disagree with their answers, but we enjoyed reading their responses and wanted to share their onions with our readers.

I'm a teacher in Canada and gun laws in the USA are stupid. Guns are sold at Walmart. Idiotic. And the screening process is also a joke. No wonder the USA has situations like Sandy Hook. 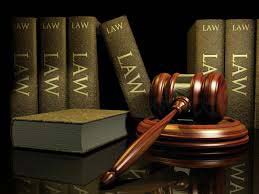 Why are you asking lawyers this question? They know as much about guns as pig farmers know about law. The answer to your question is obvious. The rise is dramatic. Since New town, just look at the mass shootings all over the nation. The statistics are staggering. If these maggot legislators think that taking our 2nd amendment rights way is the answer, they have their heads buried in the sand. The criminals and terrorists can get their hands on weapons anytime they please. It is the innocent civilians you are serving up as a hot lunch.

Also, there are psychotic cops and military veterans that go on killing sprees. If we can't defend ourselves because the government takes away our constitutional rights to bear arms and to defend ourselves and others, who is going to do it? Remember the old adage, "Where is a cop when you need one."

You can still walk right in to a large office and kill your fellow employees.

I am not saying that everyone needs to be armed and to make America like the Wild West, but we still have the right to defend ourselves. If you take that RIGHT away, you are serving us up as a hot lunch for others. The problem itself is that others know that. In itself, that is why there are more and more mass shootings. Also, the people who are killing others are psychologically deranged and we need our doctors to monitor them more closely and maybe keep them on a watch list. We should also have law enforcement see if they have access to firearms at their home or business.

Statistics have shown that these people have had access and have proven psychological issues.

The fact is that there will be more killings, sooner than later, and a lawyer is not a profiler. On my job, the fugitives all have weapons, AK -47s, MACH 10's, etc, They never go through a background check or have ANY waiting period. They just wait on us to come get them, they fire on us. All we carry on us is the sweat on our brow, occasionally non-lethal weapons, and a revolver, but certainly not an automatic weapon.

No ones cares until they or their children get shot, and then it is personal.

The highest rates of gun deaths are in the states with the most stringent gun laws. According to Table 20 of the FBI crime stats, California has the highest number of total gun deaths and they have the worst, most stringent laws. New York and Chicago fall right behind California. The liberals stupidly want to ban assault rifles. We have over a million legal assault rifles in this country. According to that same set of FBI crime stats, deaths by rifles of any kind (it is so low that they don't break it down by assault rifles) is about 300 per year. On the other hand we have 5,000 die from fists, feet and clubs. We have over 3,500 drowning deaths. Why don't they try to ban swimming, according to their logic? By the way, shotguns hugely outnumber rifle assaults. It is all based upon feelings and emotion, instead of hard cold facts from the FBI. By the way, we have a million deaths a year in this country related to heart disease and over 33,000 by automobile. Why don't they try to ban the automobile? Really, 300 deaths and they want to outlaw assault rifles?

No, gun laws don't cause more deaths than they prevent. If someone really wants to get a gun, they can figure out how to get it regardless of any laws that are in place. I believe in the right to bear arms and am of the mentality that "guns don't kill people, people kill people."