Share
Tweet
Linkedin
469 Views
( 62 votes, average: 3.9 out of 5)
What do you think about this article? Rate it using the stars above and let us know what you think in the comments below. 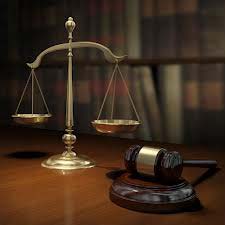 We've all heard stories that justify the advice that you should "dress for success." I recall one young attorney seeking his first job. He bought a $100 suit and showed up to his interview. He felt awkward wearing the ill-fitting suit, and perhaps the interviewer sensed that, because he didn't get hired. A friend heard he lost the job, asked about the suit, and when told that the attorney "planned to buy nice clothes when he actually got the job," advised him to dress as if he were showing up for the job. A few months passed and he was up for another interview at the same place, and anxious to make a better impression this time, he splurged on a $2,000 suit. When he told the secretary he was there for an interview, the secretary politely asked, "And who are you here to interview today?" To say the least, he got the job.

Getting the job is one matter, keeping it, another; a lawyer soon learns of the perhaps unwritten dress code at a given firm. Certainly the court has its expectations for appropriate attire. And in this, the rules are relatively straightforward -- for men, at least. Most courts do not have an exact dress code, as fashions do change. In America, at least, there is some respect for permitting individual freedom and lifestyle choice in what a lawyer wears. The "rules" of dressing in court amount instead to principles, and the judge is ultimately the one who must enforce those principles.


English courts historically legislated the garb and cut of clothes for attorneys, down to beard length. Enough cases have been worked out through the United States system, where lawyers were held in contempt for wearing something unorthodox, only to have it appealed in another court, that the general principles have since been worked out. The attire must promote the proper administration of justice and maintain the dignity of courtroom proceedings. What this amounts to, for men, is a clean, well fitting suit and tie. This was worked out with special verve in the case of Sandstorm v. State, in which the lawyer Sandstorm was held in contempt for refusing to wear a fabric tie, electing instead to wear a string tie. The charge of contempt was upheld in the Florida Court of Appeals, not because he wore the tie, but because he willfully disobeyed the judge's order of a fabric tie. Though the Florida Supreme Court held that it lacked jurisdiction to review the case -- they took the case of the tie to the Supreme Court! Three dissenters rendered an opinion on the matter and said that an individual has personal liberty to choose his or her lifestyle without undue government regulation.

Most lawyers aren't eager to disobey a judge for the sake of a fashion statement, for pride, or for whatever else. The idea is to preserve the dignity of judicial proceedings. In such proceedings as these, with lawyers on trial for testing the limits of judge's patience, a pragmatic set of norms and expectations have been set for court attire.

Different state constitutions use their own tests for whether an attorney is appropriately dressed, but most respect the rights of the individual to choose according to his own taste and preferences. This should not be a place for judges to impose their personal tastes on individuals. Yes, the court must have authority, but when it comes to bullying lawyers over petty matters, clearly the laws want to avoid this.

New Hampshire, for instance, legislates that an attorney's clothes should not be "unsuitable, unconventional, or inappropriate or that they [tend] to interfere with the orderly administration of justice," as was said in Kersevich v. Jeffrey. In that case, it was the defendant himself who wore slacks, a sports shirt, and tennis shoes, and the ruling was that he should not be held in contempt.

Different states have different codes, but male attorneys need not be overly confused on what it takes to make a good impression in court. Dress conservatively, with a well-fitting suit, especially with pants that fit well; it should be clean, pressed, free from wrinkles, and matched with a tie.

The story is different with the attire of women, which is much less rigidly defined, or often not defined at all, with women's fashions changing too often for anything like rules to be made. Women are advised to dress in "suitable, conventional, and appropriate attire." Every once in a while you run across news of a judge berating a female attorney who was either too lax or too provocative with her clothes, but there aren't formal standards as with men. Can a woman wear a sweater? Can she wear a miniskirt? Charges of contempt have been overturned with both of these. But most attorneys aren't trying to make a fashion statement, and would do well not to push the limits of the court. The clothing should be contemporary and not disruptive, conservative and not provocative. Female lawyers have the same agenda as male lawyers, to show respect and command respect, to show authority and lend a sense of dignity to their case, their clients, the court, and themselves.

Unless a lawyer really wants to go to the Supreme Court over the business of a string tie, he or she would do better to dress for the role she is acting out, to impress the court with a sense of dignity and authority, and not overwhelming individuality. There is plenty of time to let loose and make fashion statements on your own time.

Meanwhile, the atmosphere may be a little different at firms. When joining a firm, you are joining a subculture, a small world. Like the outer world, there are limits and norms and a set of expectations, though sometimes they are too nuanced to be put into words. You join a culture when you join a firm. Some are so lax that they wear sandals and jeans, but most firms dress in business casual.

For men, business casual means slacks and a button-down collared shirt, though not necessarily a jacket or tie. Avoid khakis and polo shirts. Avoid jeans, sports coats, loud colors, white socks, tennis shoes, and sandals; wear a dark suit with matching socks and shoes. Blue and white shirts are sure wins. For women, again, the range of clothing is broader and harder to define, but wearing a sweater or button-down shirt, with slacks and a conservative skirt is a smart way to go. Avoid pantsuits and skirts with a hem above the knee.

It is yesterday's news that more beautiful people make more money (and also have more sex, and better sex), and fortunately beauty is more than a God-given gift: how we dress and groom ourselves goes a long way in making us who we are. This is why fashion is such a lucrative industry. When choosing what you are wearing, you ought to be mindful of the impression you want to make. You are selling yourself as a professional and are making an image for yourself. That does not mean you should simply copy whoever is successful. Naturally enough, what looks best on you, what works for you, must be tailored to who you are as an individual. Choice in how you look cannot be shrugged off in this profession, and in fact studies have shown that how you dress primes your mind for your performance. Hence the advice that job hunters should clean themselves and dress for work when they are looking for a job, even if they are staying at home looking through newspaper ads.

Some firms and lawyers like to dress as their clients do, and to a certain extent this works, especially insofar as the clients are well-dressed professionals. But more than mirroring those you work with, you will want to represent who you are, what you do, and who you do it with, the firm you are with. That your clothes should be clean goes without saying. They should also be wrinkle free, without rips or stains, neither too tight nor too loose. Of course you want to look comfortable and relaxed, and paying extra to get just the right arrangement is worth it, and is simply part of being a lawyer.

We have all perhaps run across a lawyer decked out in gold rings and necklaces, and this sort of thing, or a female lawyer who seems to be dressed too sexy for the profession. In these cases, personal vanity, or ego, might be distracting them from what they are called to do as lawyers, namely, to respect the law and fight or justice, to respect the rights of clients and affirm the law of the land. Being ostentatious means you draw too much attention to what is not important in this case: what you think of yourself. That's obnoxious. Thus, the most successful lawyers will dress conservatively, and with dignity and aplomb befitting those who would see justice done and the rights of their clients defended with dignity in and out of the courts. Doing all this while expressing a unique part of your individuality as a freely self-defined person is part of the fun.

I really like how the site is layed out. It's very convenient.
Eric

LawCrossing Fact #109: With LawCrossing’s industry-specific, sister Crossing sites, no matter what field of work you want to pursue, we’ve got relevant jobs.