Share
Tweet
Linkedin
291 Views
( 39 votes, average: 4.5 out of 5)
What do you think about this article? Rate it using the stars above and let us know what you think in the comments below.
Professional Overview 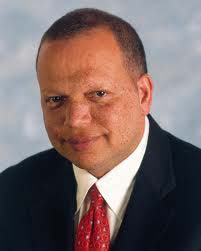 Theodore M. Shaw is Professor of Professional Practice at Columbia University School of Law. He is also "Of Counsel" to Norton Rose Fulbright, LLP. Mr. Shaw's practice involves civil litigation and representation of institutional clients on issues regarding diversity and civil rights. He has litigated education, capital punishment, employment, housing, voting rights, police misconduct, and other civil rights cases in trial and appellate courts and in the United States Supreme Court.


For twenty-six years, Mr. Shaw was an attorney with the NAACP Legal Defense Fund. From 1982 to 1987, he served as Assistant Counsel and Director of the Education Docket. Mr. Shaw served as the Western Regional Director from 1987 to 1990 and as Associate Director-Counsel from 1993 to 2004. He was also the Director-Counsel and President of the NAACP LDF from 2004 to 2008.

Mr. Shaw began his legal career as a Trial Attorney in the Civil Rights Division of the U.S. Department of Justice from 1979 to 1982. In addition to his current position on the faculty of Columbia Law School, he has taught at the University of Michigan Law School from 1990 to 1993, and has also held rotating chairs at Temple and CUNY Law Schools. While at Michigan, Mr. Shaw played a key role in initiating a review of the law school's admissions policies and practices that was upheld by the U.S. Supreme Court in 2003 in Grutter v. Bollinger. He was a visiting scholar at the Constitution Center in Philadelphia for 2008-09.

Mr. Shaw has testified several times before Congress and state and local legislators. He has authored numerous opinion pieces and articles. Mr. Shaw is a frequent guest on local and national television and radio. He has also trained, worked, and consulted with human rights attorneys in Africa, Europe, South America, and Asia.

He currently serves on the Boards of The Equal Rights Trust (London, England), Common Sense, The International Center for Transitional Justice, the American Constitution Society, the Wesleyan University Center for Prison Education, the Poverty and Race Research Action Council, The New Press, and the Board of Deacons of the Abyssinian Baptist Church in the City of New York. Mr. Shaw is a Trustee Emeritus of Wesleyan University.

He was born in Governors Island and raised in Harlem and the Bronx. Mr. Shaw is an honors graduate of Wesleyan University. He is also a graduate of Columbia Law School, where he was a Charles Evans Hughes Scholar. Mr. Shaw is the recipient of a number of citations, honors, and awards. He was a Salzburg Institute Fellow (1991); a Twenty-first Century Trust Fellow on Global Interdependence (1989) (London, England); and an Aspen Institute Fellow on Law and Society (1987).

When the fearless attorney isn't working, he loves spending time with his family. Mr. Shaw is an avid New York Knicks and Yankees fan. He is a frequent visitor of New York's Atlantic Grill. One of Mr. Shaw's favorite books is Craig Steven Wilder's Ebony and Ivy: Race, Slavery, and the Troubled History of America's Universities.

Does he have a most memorable law school experience? Mr. Shaw recalled taking his legal methods exam. It was his first law exam, which lasted four hours. Mr. Shaw explained that it took him one and a half hours to read the first question before he stated to write his response. "You could feel the tension in the room. You could have cut the tension with a knife." He continued to say that his friend shouted two obscenities while taking his exam. The professor quickly yanked Mr. Shaw's friend out of the room, but gave him the opportunity to finish the exam in another room. Although his friend failed his exam, Mr. Shaw said his friend retook the test and passed. His friend had a successful law career. Mr. Shaw pointed out, "First year law students don't think they can get through it, but they will be alright."

Why did Mr. Shaw decide to become an attorney? "I was moved and influenced by the civil rights movement." Mr. Shaw believes the law can provide civil and social justice. He was also influenced by Perry Mason and Harper Lee's To Kill a Mockingbird.

So what is the best part of working at Norton Rose Fulbright? "I have tremendous resources. I am surrounded by accomplished colleagues who I interact with. I also enjoy serving my clients and helping them solve their issues. It's deeply satisfying."

What is Mr. Shaw known for professionally? "I am known for my oral arguments. I also love cross examination."

What area of the law is he most passionate about? "Civil rights and constitutional law."

Is there an area of practice that Mr. Shaw would like to delve further into? "Yes. There is a growing debt of the haves and have nots. We don't have a constitutional handle to address this problem. We can't pull together as a nation if we don't address this issue. It's important for us as a nation and as people to handle it."

In regards to his strengths and one weakness, Mr. Shaw asserted, "I bring something to the table when I am practicing and teaching. I have a passion for the issues I care about." As for his weakness, he claimed, "I don't say no enough. It spreads me thin."

What does he think about the legal field today? What would he change about it? "When I started practicing law, it was more of a profession than a business. Today, it's more of a business than a profession. I would like to change this."

If he weren't a lawyer, what would Mr. Shaw probably be doing? "I would have been a historian."

Where does he see himself in five years? "I will still be engaged in teaching and teaching civil rights. It's a blessing."

When asked how he wants to be remembered, the professor quoted Thurgood Marshall, "I did the best I could with what I had."

Teaching, Drafting University of Michigan Law School's Admissions Policy and Being a Director-Counsel and President of the NAACP Legal Defense and Educational Fund

In addition to Professor Shaw's current position on the faculty of Columbia Law School, he has taught at the University of Michigan Law School. He also has held rotating chairs at CUNY and Temple Law Schools. What motivates Mr. Shaw to teach? "I didn't think I would teach after I graduated from law school. When I moved to the West Coast in the 80's, a colleague called me and asked if I would teach at University of Michigan Law School. I was flattered, but I told him I was moving to California." After four years, Mr. Shaw's colleague called him back and asked him to teach at Michigan. He accepted the position. Mr. Shaw stated, "I have a desire to connect with a younger generation. It's a two way street. I love teaching."

Mr. Shaw was the Director-Counsel and President of the NAACP Legal Defense and Educational Fund, Inc., for which he worked in various capacities over the span of twenty-six years. What motivated him to become Director-Counsel and President of the LDF? "I was Associate Deputy Counsel for a dozen years. When my predecessor left, they wanted me to be director. The opportunity to shape the LDF's direction wasn't easy. It was a huge responsibility. I thought it was my time to carry the baton and run the length of the race. I care about the organization."

Being a Trial Attorney in the Civil Rights Division of the U.S. Department of Justice, Litigating Civil Rights Cases and Testifying Before Congress and Before State and Local Legislatures

Mr. Shaw started his legal career as a Trial Attorney in the Civil Rights Division of the U.S. Department of Justice. What did he learn from this experience? "It was a tremendous opportunity. I litigated cases from the beginning. I learned to write briefs with clarity and I also learned to stand on two feet in the courtroom."

Mr. Shaw testified before Congress and before state and local legislatures on numerous occasions. Was there a positive outcome from his testimony? "In many instances, yes. I testified about the expired June 2013 voting act. It was struck down by the Supreme Court." Mr. Shaw testified about education issues before state legislatures. He also testified regarding the nominations of U.S. Chief Justice John Roberts and Supreme Court Justice Samuel Alito and Sonia Sotomayor.

Mr. Shaw's Mentors and Mentoring Others, Working with Human Rights Lawyers and His Writing and Speaking Engagements

Does Mr. Shaw have a mentor? Is he a mentor? Mr. Shaw had a number of mentors thorough his career, which includes the second director of the LDF, Jack Greensburg, Julius Chambers, Elaine Jones, and cooperating attorneys from around the country. Father Mehen is also one of his mentors. Mr. Shaw is currently mentoring college and law students as well as young people from New York's Abyssinian Baptist Church.

He has trained, worked and consulted with human rights lawyers in Africa, South America, Europe, and Asia. What did Mr. Shaw learn from this experience? "I learned that people all over the world want to be treated fairly. They want justice. It was a tremendous honor to work with lawyers in South Africa. I had no idea how badly the Gypsies were discriminated against in Eastern Europe."

Mr. Shaw is a frequent guest on national and local television and radio. He also authored numerous articles and opinion pieces. Will Mr. Shaw continue his writing and speaking engagements? "Absolutely. It's part of what I do. I am engaged in a world of ideas and I challenge issues. Writing is thinking and vice versa."

Does Mr. Shaw handle pro bono work? He said a young lady from his church served time in prison. The Abyssinian Baptist Church posted her bail and Mr. Shaw represented her. He also works with colleges and universities.

Does the professor have goals? "I will continue to work on civil rights issues and prevent retrogression. I will work until I lay down."

The service LawCrossing provides is wonderful and I recommended the site to many of my friends.
Alyssa H.

LawCrossing Fact #144: Our job alerts come right to your inbox so you barely have to lift a finger!