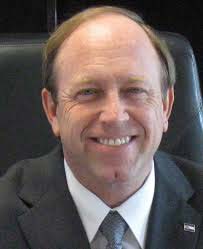 Last week, John Suthers, the Colorado Attorney General's office filed a lawsuit in Denver District Court against Aronowitz & Mecklenburg, Colorado's second-largest foreclosure law firm accusing the firm of overbilling. Suthers said his office is investigating whether the law firm "misrepresents its posting costs" while billing homeowners and said "The subpoena is necessary to aid the investigation of possible deceptive conduct."

Allegations against the law firm indicate that Aronowitz & Mecklenburg may have charged clients up to six times the market rate for serving foreclosure notices on property owners leading to unfair revenues of millions of dollars.


The lawsuit mentioned that the law firm "has generated millions of dollars personally to the three partners (of the firm) by charging a posting fee five to six times the market rate." The indicated partners also happen to own the company Xceleron, which posts the foreclosure notices on properties as required by law. The lawsuit observed, "The law firm should not be able to charge such costs to the public but then refuse to provide the authority to charge those costs."

The lawsuit filed last week seeks to compel the law firm to comply with an investigative subpoena issued by Suthers' office in April.

Assistant Attorney General Megan Paris Rundlet observed in the lawsuit, "Unlike traditional attorney billing matter, the foreclosure billing process is unique and has a significant public impact … Many of the attorney's fees and costs are presented to and ultimately paid by the public, not the client (bank) that retained the attorney."

Usually costs of lawyers in foreclosure cases are filed with a county public trustee, and itemized charges are listed in bills submitted by concerned law firms. The process ensures that the lawyer's fees have to be borne by either the homeowner, the investors, or in case of federally backed mortgages - the taxpayers.

Suthers mentioned that though the law firm, led by Robert Aronowitz, his daughter Stacey and son-in-law, Joel Mecklenburg have provided some documents in response to the subpoena, they have withheld most documents citing attorney-client privilege.

Aronowitz is also known to have filed a separate lawsuit against Suthers, which the law firm has sought to suppress from the public.