David M. Garvin Florida AttorneyEverything You Must Know About Appellate Court ClerkshipsUniversity of Minnesota Law Students See Courts in Action Through Judicial ExternshipBecoming a Circuit Court JudgeStudying Case Law in Law Schools
< Back To All Articles

Openings for Lawyers at Non-legal Firms

Share
Tweet
Linkedin
283 Views
( 37 votes, average: 4.2 out of 5)
What do you think about this article? Rate it using the stars above and let us know what you think in the comments below.
Banks, insurance companies, law libraries, legal publishers and judicial clerkships (taking the liberty of defining a career judicial clerkship as an entity) employ a significant number of lawyers. In many instances, the number of lawyers actually employed in various capacities is surprising, even to those used to dealing with the recruiting and interviewing process. Perhaps even more importantly, each institution is easy to find and the legal jobs therein easy to identify. 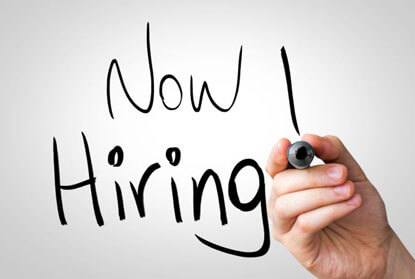 Even though we are all aware of banks such as Citibank and Crocker Bank which depend almost entirely on outside lawyers, there are many banks with large in-house legal staffs. Bank of America and Security Pacific National Bank are two that come quickly to mind. Many banks conduct on-campus interviews at law schools. Those that do not are easy to identify and locate; the "yellow pages" present an excellent starting place.


Banks offer a variety of legal jobs. Lawyers acting as house counsel work on transactions ranging from standard loan agreements and work-out situations for troubled companies to international borrowings and electronic fund transfers. In addition, bank legal staffs become expert in both federal securities laws and federal and state banking laws. Moreover, almost every bank of any size in the United States has a trust department. Although it is generally not necessary for a trust officer to be a lawyer, the trust departments of many banks are comprised in large part of lawyers because it is generally thought to be easier for lawyers to deal with trusts and estates than for non-lawyers. Consequently, bank personnel departments tend to give some preference to law school graduates in attempting to fill trust officer positions. If you are interested in a career in banking, either as a lawyer or as a trust officer, you should contact the general counsel, head of the trust department, or personnel department of the bank or banks in the area in which you intend to practice.

The insurance companies of the United States are both major lenders and significant investors. By definition, that combination suggests a need for lawyers available to solve the many legal problems inherent in such activities. Many insurance companies make extensive use of outside counsel, but several have a number of in-house lawyers. You will want to consider adding the general counsels of such companies to your list of possibilities. As always, your placement office is the best place to start.

If you are interested in a career as a law librarian, you should contact the American Association of Law Libraries ("AALL") at 53 West Jackson Boulevard, Chicago, Illinois 60604. The AALL has a Placement Committee, the Chairmanship of which rotates. It is currently held by Lawrence Wenger at the University of Virginia in Charlottesville.

In addition, there are regional AALL chapters, each of which offers a placement service for the area in which the chapter is located. The Directory of Law Libraries, which is published by AALL every two years, lists all regions and chapters. It is an excellent starting place to identify positions for law librarians.

There are several hundred lawyers employed by legal publishing concerns in the United States. Lawyers are employed not only in editorial and administrative positions, but also in sales and marketing. Legal publishers are well aware of the fact that their market consists almost exclusively of lawyers; consequently, they are mindful of the advantage they may gain in having salesmen who are lawyers able to relate to customers and potential customers.

There are other sections in this book which deal with judicial clerkships. They are primarily concerned with those situations in which the clerkship is used as a bridge between law school and a more permanent career. The clerkships which fit these categories are relatively few in number, generally restricted to the United States Supreme Court, the United States Courts of Appeal, the United States District Courts, the Supreme Courts of the several states, special federal courts such as the United States Tax Court and, on rare occasions, a state appellate or trial court. That type of clerkship is generally for a one- or two-year period and securing such a position can be very difficult. The more prominent courts and judges have their choice among several qualified applicants. Generally speaking, such clerkships are limited to those at the top of their law school classes.

There are also clerkships which may offer more permanent careers. These clerkships can be found at the same courts described above, but may not involve the same kind of research and writing normally associated with clerkships. Instead, they will be more clerical, administrative positions.

Most law school placement officers can offer substantial help in identifying available clerkships of all types. Your law school may also have a special placement committee or faculty member in charge of helping students secure clerkships. In addition, you might want to contact the existing clerks of various courts in which you are interested. Generally, their names, addresses, and telephone numbers can be found in any local directory of lawyers, courts and judges.

I was impressed with the advance search feature on LawCrossing. I got my dream job and I am very thankful to the website.
Nicole