University of Chicago Law School
< Back To All Articles

When You Decide to Go to Law School

Share
Tweet
Linkedin
29 Views
( 5 votes, average: 4.1 out of 5)
What do you think about this article? Rate it using the stars above and let us know what you think in the comments below.
When you decide to go to law school, you're not just offhandedly agreeing to waste a couple of years in an entertaining way. You're consciously, nervously putting yourself on a path that makes you a different kind of person, just as surely as if you were joining the Marines. 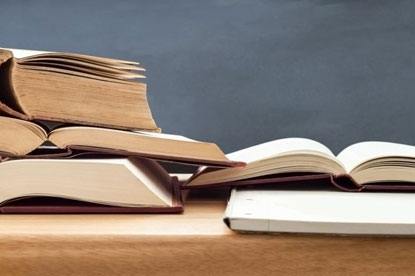 
Parents, teachers, and peers don't usually hold a gun to your head and make you go to law school. It's your choice. For some future law students, it happens without question. They always wanted to be attorneys. But for school applications, they're a lot of work, and they require some thought about yourself and your future.

In particular, you have to write at least one essay for each school, responding to specific questions on the application form. Among other things, they want to know what you're hoping to get from law school, and how you think you'll fit in, and why their school appeals to you.

This may be the first time in your life that you'll have to explain to someone, carefully, that you are an adult now and that you know what you're doing with your life. Moreover, you're applying to law school, so you have to be especially persuasive. By the time you're done, it's not surprising if you believe your own propaganda, and are now convinced that law school is exactly the place for you.

Once you've filed the applications, you wait. You wait for weeks, watching your mail nervously, praying for a positive response from, say, Yale Law School, your favorite. And then the magical envelope appears in your mailbox. You cross yourself, maybe even pour a drink, and open it. And there, in black and white, are the words, "You've got to be kidding!"

Not really. The words of rejection are usually much kinder. But it's still a rejection. You may think you're smart. But as the letters saying "No" pour in from Harvard, Stanford, Chicago, and all the rest, all across the country, you get the message. They've rejected you because they got literally thousands of applications that were better than yours. They don't want you. You're not nearly good enough.

It makes you crave a chance to go to law school, just to show them all how good you are. And here's the point: If you had any doubt before, you're quite certain now that, in law school, you'll be among the truly elite young people of America. Everything else seems lackluster by comparison.

So now that you've gone for the hook, they can reel you in. Sure enough, a week or two later, you start getting letters of acceptance from some very good schools. You can hold your head up again among your friends who are also applying to law school. You're somebody after all.

Surely the schools don't plan it this way. And you'll still agonize over the thought that you're really gonna bite the bullet and go to law school. But you'll know the meaning of fright now. When you feared that nobody wanted you, you panicked. You looked into the abyss and had to imagine your future, not as a dynamic young attorney, but instead as a middle-aged, moth-eaten fop earning minimum wage, shelving books or washing cars, with no hopes and no challenges. Are we surprised that law school suddenly looks so good?

In the next weeks, your excitement grows. You get obsessed with the thought that you're going to be a lawyer. If you hadn't realized it before, you begin to notice, now, that lawyers appear a lot in the newspapers and history books. You walk through the law school at your university, or one nearby, and notice how lively the law students are. They seem to talk about such significant issues. You can hardly wait to become part of it all.

You go through all this during the middle of your senior year in college. You start classes at law school six months later. But in those few months, even the college seniors who had doubts about law school grow to be quite sure that it's exactly what they want to do. They think they understand their legal future well.

Of course, a few rejections and acceptances on law school applications, and the sight of some attorneys' names in the newspapers and the history books, are not necessarily enough to persuade you to commit yourself to three years of hard study in law school. There's something else, and it's worth understanding.

It starts with the Law School Admissions Test (LSAT), which you take as part of your application process. To prepare for it, you buy a study guidebook. If you're rich, you also sign up for a $700 preparation course. Either way, you spend weeks practicing the odd kinds of questions they throw at you.

The exam itself is a case study in anxiety. When you arrive, you see people with candy bars, coffee, and potato chips; you notice that some are fondling their favorite pencil, while others have a whole pre-sharpened boxful. You even see a few fanatics jump up and run out of the room and back in again, in the last few moments before the exam begins, just to stimulate themselves.

When your test scores come back, you move on to a new level of anxiety. You go back to the bookstore and buy one of the standard guides to law schools. These books have charts that tell you how likely you are, with your college grade-point average (GPA) and LSAT scores, to get into each law school. At some colleges, you can even go to your dean's office and find out how many people from your college, with your LSAT and GPA combination, applied to (and were accepted at) each law school in the U.S. last year, and the year before, and the year before that.

Armed with these materials, you can decide which schools are "sure bets," which of the better ones are "maybes," and which of the very best are worth a shot. Each application requires all that paperwork, plus a fee of $30 or more, so you try to choose well. Your goal is to cover the spectrum: If you apply to a minimum of one humble school and one elite school, you're less likely to kick yourself for shooting too low or too high, and you won't spend a year sitting around to try again.

When you graduate from college, you may be young, but you're not an idiot. If you're hardheaded enough to imagine yourself as a lawyer, then you're probably hardheaded enough to demand specific statements on why you should become one. In response to your demand, you will hear a number of reasons that you may find very persuasive.

Some attorneys spend a lot of time dealing with clients, victims, judges, and opposing counsel. Examples include public defenders, assistant district attorneys, and Legal Aid lawyers. If your definition of excitement features lots of standing on your feet and thinking, these jobs may be for you.

For others, excitement means being intellectually en-grossed. Many enjoy legal research. Many lawyers sneer at it, but many find it fascinating to try to trace back through the history of an idea's expression in the law, so as to understand how the law came to its present form.

But there are real limits on all these kinds of excitement. The assistant district attorneys, public defenders, and others who spend long hours on their feet or on the phone do not often handle issues of the greatest importance. People at the sophisticated law firms tend to look down their noses at these attorneys and wouldn't willingly trade places with them.

Legal research may be interesting when you get to choose the topic, but it goes downhill rapidly when you've been spending weeks at it, trying to learn how to handle the paperwork in a trivial (but big-money) case. It can be exciting to get involved with a case on the cutting edge of the law, but you can't expect to fill your day with that kind of work unless you're someone like Melvin Belli.

As a junior associate at a large firm, you might be assigned to handle some of the grunt work on a few important cases. And you'll find that exciting, for a while. But you can be tempted to consider it more important than it really is.

More and more cases are handled by arbitration rather than trial. You may get to argue some relatively narrow, technical points in court, such as whether the other guy is required to give you certain documents that you seek. It's OK, and you can get engrossed in it. But glamorous it isn't.

Even if you work in a legal specialty that particularly interests you, you can be surprised to see yourself getting sick of the run-of-the-mill cases mat fall within that area. As our college professors taught us, overkill can turn the scintillating into the surpassingly tedious.

Finally, how about the thought that law is intellectually exciting because it's so creative? Calling something "creative" makes it sound intelligent. Lawyers pride themselves on their intelligence, so of course they want to think law is creative. Unfortunately, in explaining what's creative about it, they describe not only the ability to come up with genuine solutions, but also the skill to manipulate, to deceive, and to confuse.

When you get away from such perverse kinds of creativity, you may find that lawyers - including you, if you hang in there long enough - are really nor very creative. And this is not surprising. The law is a conservative enterprise. Traditions and precedents are important. Too much experimentation can get you into hot water.

5. What Makes Others Go to Law School

The things that motivated me to want to go to law school - including diversity, money, excitement, and the opportunity to do good - are not unusual. In one study, more than 500 Chicago attorneys checked off the items that described why they went to law school. Here are the answers they gave:

The factors listed here may be much more important for some law schools, for lawyers who are older or younger, etc. The main thing is to understand your own goals and decide whether law matches them.

Everyone knows the upside: Among other things, you make lots of money and do work that's more interesting than working as a cashier at the supermarket.

LawCrossing is a unique website. The email notification feature was the best thing about the site. Amazing!
Christopher

LawCrossing Fact #97: We have an excellent track record of placing the right people in the right jobs.