Willie Gary Ordered to Pay $3.7 Million for Loan Default on His Wings of Justice III 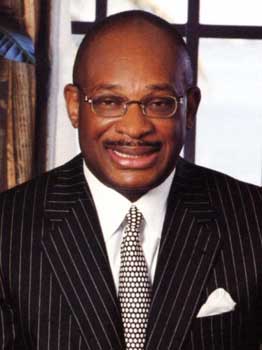 On Thursday, U.S. Magistrate Judge Michael Dolinger added to the burdens on Willie Gary, the flamboyant Florida lawyer for defaulting on loans for the Boeing 737 he calls “Wings of Justice III.” The federal court ordered that Gary, and his law firm of Gary Williams Lewis & Watson, immediately pay up $3.7 million due to an arm of General Electric Co. If U.S. District Judge Andrew Carter accepts the decision, it would add to the problems Gary is facing and at an inopportune moment.

Gary’s law firm has recently been plagued by an exodus of partners continuing over the last two years, and last year, in October, a federal judge in Albany had ordered Gary’s firm to pay $12.5 million to a litigation finance company that had financed contingency-fee cases handled by Gary.

However, Gary seems unfazed, and according to media reports, he has claimed to have the money, but fighting over how much should be paid. And that both cases are close to settlement.

Gary also claims to settle things within the next 30 days. His firm is due the fees from a $45 settlement with the state of New York, and a $55 million settlement with a unit of Amway Corp. However, in the case against New York, a third creditor to Gary’s firm, Northern Trust, has already come forward and laid their claims on the escrowed funds.

Partners began leaving Gary law firm after GE and the other creditor, LFG brought lawsuits against the firm. Over the last two years, the firm has decreased from 11 to four in number of partners.

Thursday’s decision mentioned that Gary and his law firm had sought to restructure the loans for the airplane in 2009, and though the loans were twice restructured, the firm defaulted on them. Gary had personally guaranteed the loans, but during the loan restructurings, the law firm had also pledged future attorneys’ fees as collateral. That’s when the partners started walking out of the firm.

Gary argued in the GE lawsuit that he did not dispute the loan defaults, but the amount should be reduced as GE had refused to lease out the plane. However, the federal magistrate observed, “Since defendants do not allege legal or factual basis for the loan agreement, they are bound by the terms of their contract and are not entitled to set-off of damages.”

LawCrossing has amazing features and I love the e-mail alerts function the most.
Derek