( 254 votes, average: 4.2 out of 5)
What do you think about this article? Rate it using the stars above and let us know what you think in the comments below.
Dear Lawcrossing,

I have not passed the bar in three attempts. Every time I miss the mark by about 10 points. However, this 'failure' has put a damper on my getting a job. Some firms won't hire me because I haven't passed the bar, and others won't because even though they don't need me to pass the bar, they're afraid that I'm going to take it again, pass, and leave. I am smart and a hard worker. I have always been an overachiever and never failed at anything, and now I am feeling the crunch of not getting a job. I have postponed my loans (temporarily) and my mother is being very gracious with money. However, the money is likely to run thinner if I don't get a job soon. Any suggestions? 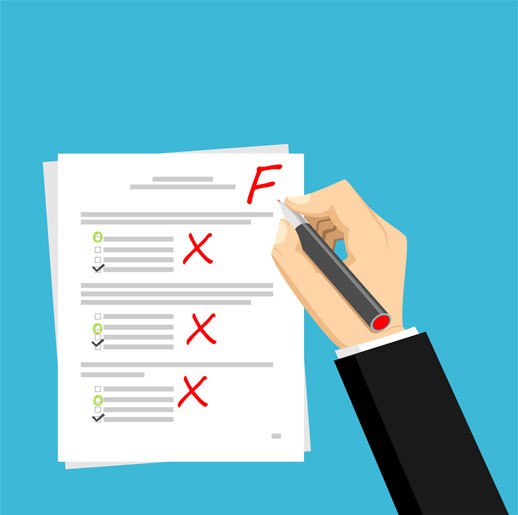 It would seem at the outset that a question like yours would push LawCrossing's eternal optimism envelope. But while hard questions may be the quicksands of the law, LawCrossing only attained goddess status by shrinking the most Olympian obstacles down to size. And your difficulty, AM, is one that you can overcome in three steps.

First of all, you have to strip away the emotional issues and look at what not passing the bar actually means to any employer you might talk to. As the Career Services Director points out, "What do employers really care about when it comes to the bar? There are really only two issues. For one thing, if you're not licensed, you can't represent people in court, or sign pleadings, or represent yourself as a licensed attorney. That's it. But the second thing is that employers will question whether you're competent. To overcome that, you've got to point to things that show that you are competent."

How exactly do you do that, AM? First of all, you must develop a script to handle the question you know is going to arise. Namely, what the heck is going on with you and the bar exam? By way of spadework, you have to make a list of all of your accomplishments, and every person in a supervisory position who would have good things to say about you-be it professors for whom you've done research, or any legal clinic professors, or any practitioners with whom you have experience. As the Director advises you, "Don't hang your head and say you've failed the bar three times. Instead, say something along these lines: 'It's a strange fluke. I've done XYZ in school, I've had positive recommendations from previous employers. I'm just baffled by this. I know I will pass. In the meantime, what shows my research skills are A and B and C. And I encourage you to speak with my previous employers, because they will tell you I can write a great brief and/or do great research and/or I am well- spoken when it comes to interviewing clients and witnesses, and/or any other skills you have that are relevant.'" Come up with your own words, AM, and practice your script until you can say it without apologizing, and with your head held high, a confident tone of voice, and looking directly at the interviewer. You see, AM, this is not a matter of a reality you can't escape. This is a matter of salesmanship, pointing out why it is that even with this hiccup in your otherwise sterling record, you are a real asset to employers.

With your script memorized, what kind of work should you look for? As you point out, employers who don't require bar passage haven't hired you for fear that when you do pass, you'll quit. To overcome that problem, don't look for permanent positions! In fact, as the Director recommends, "The most important thing for you to do while you try to pass the bar is to keep your skills up. For that, your best bet is probably a combination of temping a few days a week, and then volunteering a couple of days a week. To find the temp work, you've got several options. You can contact an agency that places legal temps. With these kinds of agencies you'll typically do document production and so forth. Another option is to go to your career services office and look for listings for firms seeking people for research projects. And while they're typically looking for second-year clerks, you can do anything a second year can do, and on top of that, firms that have these kinds of projects typically need somebody in a hurry, and you're in a perfect position to respond immediately. Another option is to take on research projects with sole practitioners. To find them, you can either look in the Yellow Pages and write a letter offering your services, or call or visit if you're sufficiently bold. Or talk to your career services director, and find leads to sole practitioners that way." Are these going to be high-paying jobs, AM? Well, no. But remember, your goal here is to maintain your skills, and in order to do that, the Director suggests that you "Have to get over the pride issue of low pay." Simply put, what you surrender in cash-in-hand you make up for in crucial career enhancement.

On top of working for pay two or three days a week, the Director recommends that you volunteer. For instance, check with your local bar association; many of them have pro bono projects and public interest jobs, like interviewing clients, manning a legal hotline, and the like. As the Director points out, "It's important for you to get experience on your resume, whether full-time or part-time, paid or volunteer."

What will this 'skills-retention' program accomplish? For one thing, AM, it will help you rehabilitate what is likely a very bruised professional ego. By putting your abilities to work, you are proving to yourself and to the professional community that you can do everything that's expected of you-regardless of what your obviously meaningless bar results say. And on top of that, you're forming relationships with employers. It may well be that when you do pass the bar-and LawCrossing is confident that you will-those very employers may need a new associate or know someone who does. Since they'll already know you and what you can do, you'll be at the top of their list. In fact, the temporary work and volunteering you do may open your eyes to a whole variety of law-related positions that may appeal to you even more than practicing law, such that you never even bother to take the bar exam again. Regardless of which path you choose, LawCrossing promises you that it is your intelligence and work ethic that will guarantee your success in the long run, regardless of the minor setback posed by that pesky bar exam.

Transitioning from Solo Practice to a Law Firm

Transitioning from Solo Practice to a Law Firm