Ursula Furi-Perry
( 126 votes, average: 4.5 out of 5)
What do you think about this article? Rate it using the stars above and let us know what you think in the comments below.
Paralegals and legal assistants may indeed have a collective "look": the majority is female—some sources say 80%—and neither too young to drink, nor old enough for a movie theater discount. And the outlook for those who don't fit the profile depends on whom you ask. "I am positive it is difficult for a middle-aged male to even get an interview, let alone secure a position," said Brian Sylvia, recent graduate of a paralegal certificate program. Sylvia, whose more than one hundred resumes sent out for legal staff positions culminated in one interview thus far, feels women candidates are definitely preferred and believes that there is a general perception as to who a typical paralegal or legal assistant is. 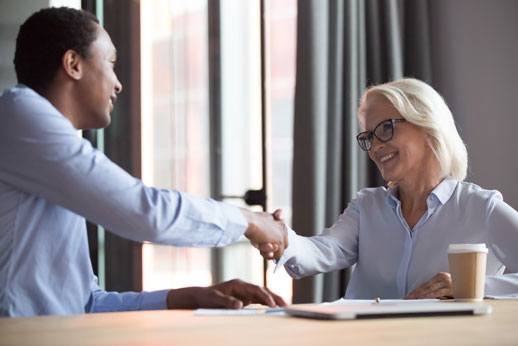 Others agree there is a gender imbalance in the paralegal profession, but attribute it simply to the beginnings of the profession and not any preference by potential employers. "We've got a lot of history of being predominantly female, but I've never felt left out," said Gary Melhuish, president of the International Paralegal Management Association.


Nearly 25 years ago, Melhuish was the only man in his paralegal class of 30 students. He recounts sensing the expectation that male paralegals were just waiting to go to law school and were using the profession as a stepping stone to becoming attorneys. Now a legal staff manager for 15 years, he makes it a point to hire both male and female paralegals. "I don't think there's an employer bias," Melhuish believes. "It's the supply that's been predominantly female, not anything else." As for the age factor, "people run the gamut," Melhuish stated. "I've not experienced any problems in either direction."

Of course, paralegals and legal assistants are not the only profession with a larger percentage of female members. Nurses and phone operators are just two other examples. For some male candidates, those percentages may make entry into the profession more difficult and daunting. "I would strongly discourage a middle-aged male from attempting to enter the field unless they have relevant skills that are valued," said Sylvia. "Desire and ability do not have any importance to the firms or recruiters." Said Melhuish, "The most important part of a job interview is to bring across your education and skills." Gender and age, many say, are secondary to those factors.

Because of the history of the profession, it may be difficult to distinguish between flat-out discrimination and an employer's preferences for certain candidates within the bounds of the law. "Unfortunately, most of the time, when people go in and apply, they have no clue why they're rejected," explained Frederick T. Golder, labor law expert, law professor, and author of Uncivil Rights: Protecting and Preserving Your Job Rights. "If you suspect that you're a victim of age or gender discrimination, send a polite letter to find out the reason for the rejection."

If the reply is irrational or not forthcoming, then consider asking again for a reasonable response, this time perhaps with the help of an employment attorney. "There are a number of resources…and websites where you can go, like the EEOC, your state's fair employment agency, the AARP, and the National Employment Lawyers' Association," recommended Golder. Note that some cases of seemingly prejudicial conduct don't amount to discrimination—for example, an employer who prefers to hire older workers over younger ones is not breaking anti-discriminatory laws. "You can select people in the protected category and not select people in the non-protected category and not be violating any laws," Golder said.

On-the-job discrimination, which occurs after an employee is hired, is even tougher to prove. "There must be some specific conduct, like the person who hired you has left, and the new supervisor has [an age- or gender-related] dislike," said Golder. When in doubt, those who suspect foul play should consult an expert, but realize that an employer may lawfully exhibit preferences over some workers. A paralegal or legal assistant who's not hired simply may not be the right person for the job.