By Google+, Follow Me on
( 230 votes, average: 4.2 out of 5)
What do you think about this article? Rate it using the stars above and let us know what you think in the comments below.
Personal Life

Jeff B. Cohen is an entertainment attorney who co-founded the law firm of Cohen Gardner LLP in 2002. Cohen Gardner LLP focuses on technology, corporate, media and entertainment transactions. The attorney was born in Los Angeles, California, and he started acting at a young age. In 1982-83, Jeff appeared on the CBS game show Child's Play. He also was featured as a celebrity on Body Language in 1985, but Jeff will be forever remembered as Chunk in the beloved Richard Donner/Steven Spielberg classic film The Goonies. 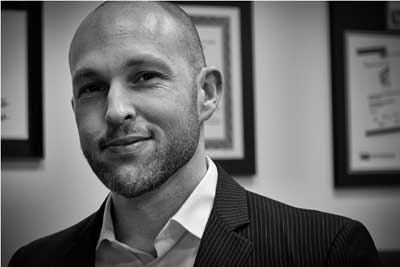 In 1996, Jeff attended the University of California, Berkeley, where he earned a B.S. in Business Administration from the Haas School of Business. While at UC Berkeley, he became President of the Associated Students. The future attorney used a picture of himself from his Goonies days for his campaign posters, which read, “Chunk for President.” The former actor also pumped up the crowd during football games when he performed the famous Truffle Shuffle from the sidelines. Jeff earned his J.D. from the UCLA School of Law and worked in the corporate department for Proskauer before he co-founded Cohen Gardner LLP.

In 2008, Jeff was named one of the top 35 executives under 35 years of age by The Hollywood Reporter. The entertainment attorney was also profiled by Variety in its "Dealmakers Impact" Issue in 2008.

When he is not working, Jeff admitted he can't get enough of “movies, books, music, journalism and video games.” His favorite quote is by T.S. Eliot. He paraphrased the poet's words as follows: “in the end, we will be where we began and know it for the first time.” The attorney is inspired by this quote because he believes life is about perspective. He also revealed that his favorite lunch spot is at his desk because he “can get more work done that way.”

Jeff discussed an organization he recently joined where they create gaming technology to advance education. He said, “I recently joined the board of advisors of GameDesk, a not for profit which develops and utilizes gaming technology to improve education. I'm really excited to be a part of such an innovative endeavor. Education, specifically, public education is a key issue for me personally. I went to public jr. high, high school, college and law school. My experience as an Undergraduate at UC Berkeley was crucially important in helping me finding my place in the world. I'm so grateful to Berkeley for the opportunities it provided me and I continue to be a big supporter of Berkeley and public education generally. It allowed me to find a new way to contribute to society after my acting career didn't work out. Education is democracy's best tool for social mobility.”

Jeff said it would be hard to give up Netflix, video games and single malt scotch.

The attorney gave us a glimpse of his future. He stated, “Technology is having a democratizing effect on the creative process. The cost of making movies or creating an application or publishing a book are going down, down, down. Artists of all types no longer have to ask permission to create. Social Media allows Artists, Political Figures and Companies to communicate directly with their constituents. I love watching it and I love that my firm is part of it on the transactional front.”

While Jeff ran for President of the Associated Students, his campaign used a simple slogan, “Chunk for President.” The Golden Bear was asked that Chunk from The Goonies must have meant a lot to him if he was using him for his campaign at Berkeley. Jeff definitely has a sense of humor since he replied, “Actors seem to do well in politics. Ronald Reagan and Arnold Schwarzenegger became Governor of California so Chunk as Student Body President did well.”

Does Jeff stay close to The Goonies cast members? The entertainment attorney declared, “Absolutely. It was a unique experience and you don't go looking for treasure in a cave without bonding.” He added, “Goonies for life!”

The former actor has fond memories of The Goonies film because it was a real adventure and Jeff made relationships with the cast members and director. The attorney pointed out that director Donner has “taught him important things about the entertainment industry.” Donner has been giving Jeff advice for the past 25 years and the director helped him land his first legal position at Universal Studios Television Production.

Jeff was asked how he went from being a child actor to an attorney. He stated, “Puberty forced me into early retirement from acting.” Jeff stated that he could no longer get work as an actor, but he still wanted to contribute to the industry so he decided to become an entertainment attorney. Jeff said: “Being an entertainment attorney is really a fantastic job. You don't have to audition and you still get invited to the parties.”

What influenced Jeff's decision to go to law school? The entertainment lawyer asserted, “My three main areas of interest were entertainment, politics and business. All of those areas had an important intersection with the law.”

Jeff discussed his most memorable law school experience. The attorney said, “I spoke at my law school commencement and had an opportunity to poke fun at how seriously the legal community takes itself. Some felt my speech was ‘anti-academic' others thought it was funny. I vote for funny, but I'm biased.”

While at UCLA School of Law, Jeff looked up to Professor Ken Ziffren of Ziffren Brittenham. He stated, “In my opinion he's the best media/entertainment attorney in the biz. I view what he has done with his firm and practice as something to constantly aspire to.”

Jeff has been practicing since he graduated from UCLA Law in 2000. He is proud that he founded his own transactional law firm in 2002. What's the best part of Jeff's job? The former actor disclosed, “Our focus is on media, technology and entertainment. I love how all of those areas are evolving so rapidly. It provides great opportunity for our clients.”

So what does the entertainment attorney think about the field today? The straightforward attorney confessed, “I think rapidly advancing technology has provided great opportunities for entrepreneurs and artists. It's an exciting time to be a transactional attorney.”

Where does Jeff see himself in five years time? He jokingly said, “In five years, I see myself as significantly taller, with a full head of hair and much younger looking. Of course, I've always been an optimist.”

If Jeff wasn't a lawyer, what would he most probably be doing? He responded, “Over the past year I have begun to write articles on legal, business and political matters for such outlets as Huffington Post, CNBC, Backstage and Lawyerist. It's new for me and I really enjoy it. What a fun way to contribute to the great democratic debate!”

Indeed, the entertainment attorney has enjoyed writing so much that I decided to check out his blog. He wrote an interesting piece called “The 5 Greatest Lawyers in Movie History.” Jeff asked his audience, “Why did you decide to become a lawyer? Was it because of amazing attorneys you idolized as a kid? Abraham Lincoln, Thomas Jefferson, Justice Brandeis, Marcia Clark?” He continued to say no. You became an attorney because of the “legal eagles” you saw on the big screen. According to Jeff, his top five lawyers in movie history are: (1) Tom Hagen, played by Robert Duvall in “The God Father” and “The God Father: Part 2, (2) Atticus Finch, played by Gregory Peck in “To Kill A Mockingbird,” (3) Professor Charles W. Kingsfield, Jr., played by John Houseman in “The Paper Chase,” (4) Frank Galvin, played by Paul Newman in “The Verdict,” and (5) Dave Kleinfeld played by Sean Penn in “Carlito's Way.”

Another entertaining blog, which made me think for awhile, was Jeff's “Lawyers v. Businessmen: Presidential Smackdown.” The entertainment lawyer questioned what Clint Eastwood said at the Republican National Convention. While talking to an empty chair, Eastwood stated:

“I never thought it was a good idea for attorneys to be the president, anyway. I think attorneys are so busy — you know they're always taught to argue everything, and always weigh everything — weigh both sides. … They are always devil's advocating this and bifurcating this and bifurcating that. You know all that stuff. But, I think it is maybe time — what do you think — for maybe a businessman. How about that?”

Jeff fired back at Eastwood by saying “Didn't Mitt Romney get a law degree from Harvard?” The entertainment attorney then cleverly asked why hasn't America elected a businessman as president before? Jeff explains that Americans have elected some businessmen as president in the past, most notably George W. Bush and Herbert Hoover, whose economic failures have left Americans in a big crisis. The attorney makes it clear in his blog that he is not arguing with Eastwood “that a lawyer is necessarily a good president or that a businessman is necessarily a bad president. But, I am arguing that the best presidents have historically not been people with business as their primary background.”

The attorney concluded, “The notion that if someone cannot turn a profit, they somehow lack the ability, character and vision to lead is currently a popular one. It is also a notion that bears little resemblance to the history of our great nation.”
( 230 votes, average: 4.2 out of 5)
What do you think about this article? Rate it using the stars above and let us know what you think in the comments below.