By Nabeal Twereet Follow Me on Google+
( 29 votes, average: 4 out of 5)
What do you think about this article? Rate it using the stars above and let us know what you think in the comments below.
Personal Life 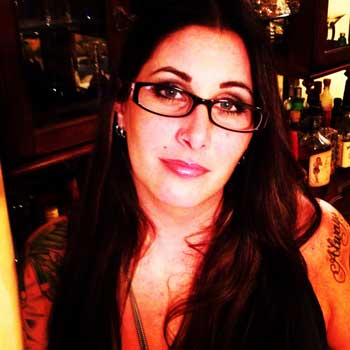 Calah Thomas owns and manages Discount Doc. Prep in Mesa, Arizona. While she can prepare legal documents in most areas, she specializes in divorce and criminal rights restoration. Calah was born in Adrian, Michigan, but considers herself a native of Arizona since that is where she grew up. Prior to her career in the legal industry she was a photographer, bartender, and cocktail waitress.


Calah will soon graduate with a B.A. in paralegal studies from Kaplan University and plans on attending Phoenix School of Law. She currently has a 3.98 G.P.A. and is excited to continue with her education in the legal field. Calah also holds a mediation certification which she is honored to hold.

When Calah is not working, she spends time with her boyfriend, Danny, and her two children, Nicholas and Judeha. Calah enjoys rooting for Nickolas' hockey team and watches the Detroit Redwings' games regularly with her son. She loves photography, which has been Calah's hobby since she was sixteen years-old. An accomplishment that Calah is proud of is winning first place in the Arizona State Fair for a black and white photograph of sunflowers taken at her families cabin in Pinetop, Arizona.

The business woman admires Fresh Start, an organization devoted to domestic violence. She is a frequent visitor of El Mesquite, a Mexican restaurant located in South Phoenix. Her favorite quote is “believing requires action.” Calah explained that the phrase rings true in her life and advised you must “take charge if you want to see results” in your life.

What Does Calah do with her Mediation Certification?

Calah gave a brief glimpse at what you can do with a mediation certification. She called her mediation certification a tool for families to take control of their future when divorce or separation is reality. The legal staff member elaborated by saying she sits “down with both parties and assists them in realizing terms that they both can live with.” Calah was talking about her divorce cases. She compared mediation to family counseling, except, Calah noted, “There is an end result that allows the parties to move forward with their lives and be the best parents they can be to their children.”

Calah's Mentor and her Goals:

Calah's mentor was her grandmother. When Calah was a young girl (and even as an adult) her Grandmother would tell her: “you can be anything you want to be”. The legal staff member expressed that she really believed in her heart what her grandmother told her.

The business woman also looked up to the first attorney she worked for, Scott Stewart. The attorney told Calah “never let anyone tell you, you can't accomplish anything that you desire”. He believed in Calah as did her grandmother; Calah believes that sometimes that is all someone needs, to know that they are believed in to give him or her, the confidence that they need to succeed.

The proud mother of two said she is mentoring her children and has an “open and honest relationship with them”. She confessed she shared her life experience with her children in hopes that they will “truly know who they are.”

The legal staff member has future aspirations. Calah plans on turning her business into a law firm, but for right now, she is focusing on how to expand Discount Doc. Prep. She stated, “Everybody should have access to the legal system regardless of their financial situation.”

So what is the best part of Calah's job? She stated, “Helping people move forward with their lives.” The legal staff members believe that attorney's or other legal staff break-up families by assisting them through their divorce; however, Calah pointed out she “helps clients pick up the pieces and move forward with their lives in a productive manner.”

Calah was asked if she had a memorable education experience. She vividly remembers her civil procedural 2 class, where they re-enacted the McDonalds' hot coffee case. The legal staff member asserted, “It was awesome and learned a lot of the courtroom setting and Trial procedures”.

The legal staff member has a knack for listening to her clients and Calah emphasized she has a lot of personal experience in the family law arena. She also acknowledges that she genuinely cares about people, “it's not just about money.” Calah fees are reasonable and payment plans are accepted.

Calah gave her opinion on the current assessment of the legal market. She claimed the legal market is “flourishing” and
stressed it was “like healthcare, it is always going to be a necessity.”

The business woman also discussed what she thought about the legal field today. She proclaimed, “I am very grateful Arizona recognizes legal document preparer because not everybody can afford an attorney.”

Calah gave positive advice to new and recent legal staff members. She declared, “Take everything told to you by your supervising attorney (or other staff member) whether it is good or bad and make it a positive experience, learn from it.” Calah noted she had very stringent bosses, but the legal staff member said they were right 99.9 percent of the time and “it made her work harder and become a better paralegal.”

What advice does Calah have for people who want to eventually become a paralegal. She wants individuals who are contemplating this profession to “evaluate why you want to become involved in the legal industry.” Calah made it clear that her job is an “emotional job and individuals must know how to separate their work from their personal life.”

The business woman finds her profession very fulfilling because she knows she is doing good. Calah revealed that her job is to navigate her client's through the legal system. The legal staff member admitted she believes in Karma and likes to give back; she truly enjoys helping people.

Where does Calah see herself in five years? The candid LDP said, “God Willing, I would like to be an attorney.”
If Calah wasn't a legal staff member, she would still be a photographer. She said, “Taking pictures captures happy moments and there is nothing better than creating a happy moment for somebody”.

***Calah is not an attorney and can't give legal advice.***