Tina Marie Mares: Former Miss Washington and Student at Seattle University School of Law, Seattle, WAWhat do you need to know if you are planning a move to the West Coast?

Share
Tweet
Linkedin
635 Views
( 83 votes, average: 4 out of 5)
What do you think about this article? Rate it using the stars above and let us know what you think in the comments below.
Background 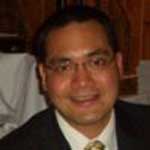 Will Chargualaf is a law recruiter for Law Dawgs and Quick Pro Quo. He was born and raised in Guam. The law recruiter has lived in Seattle, Washington, for the past 12 years and calls it “home.” He enjoys the Seattle rain, hikes and spontaneous road trips. Some of his impulsive trips include Oregon, Canada, and heading east to Lake Pend Oreille, Idaho. During the summer, Will also loves to mountain bike down the Schweitzer Ski Resort. Although some of Will’s trips might seem dangerous, he pointed out he is not a risk averse individual.


When he isn’t working hard at the office, Will cheers for the Seattle Seahawks and Mariners. The law recruiter’s favorite food is Thai and he eats at Buddha Ruksa, which is located in West Seattle. His number one priority outside of work is home life, being comfortable and being with family and friends.

Will Chargualaf’s Tips in Becoming a Successful Recruiter

What does it take to become a successful recruiter? Will stated it was a combination of attaining a legal background because it was “essential to the base of clients” and having a sales mind. He explained it would be great if the recruiter had a sales background since business is imperative when dealing with clients and candidates. The law recruiter also recommended listening carefully and being respectful to clients and candidates.

When asked why he finds his work rewarding, Will did not hesitate in answering the question. He said he likes to “help people find jobs.” The recruiter added, “To help people find something for them is big.” He enjoys giving valuable service and emphasized that “the job count isn’t as high as it used to be because of the recession.”

So why did Will enter the industry? The recruiter acknowledged he first came to Law Dawgs as a candidate. After they saw his paralegal background, the company saw his experience as being “transferable in the legal recruiting industry.”

Where does Will derive his confidence? The Seahawks’ fan declared, “Working around the team.” He has worked for Law Dawgs for six years and his company covers both the East and West Coast when it comes to placing a candidate in the right location. Will also mentioned Law Dawgs placed candidates in the South and Midwest. Quick Pro Quo covers national as well as international candidates, reaching out to Asia and Europe.

Will made it clear that he is motivated because he “loves what he does.” He continued to say that if another legal recruiting firm offered him a job, he would decline. The recruiter said, “They don’t have the same structure and model as Law Dawgs.” Team structure is very important to Will.

The former paralegal discussed his strengths and weakness as a recruiter. He admitted his strengths were paying attention to detail, loving what you do, loving the company, loving the people you work for, and loving your boss. Will understands he can’t “help everyone” and noted that was his weakness.

Will talked about where he sees the field in the next five years. He believes “recruiting” will be “a mainstay.” The recruiter went on to say “clients will change how they recruit staff” on a professional and personal level.

The Seattle-based recruiter gave his best advice to new law recruiters. He recommended recruiters have an open mind regarding skill sets and wants them to be flexible. Will reiterated that recruiters must listen carefully to their clients and candidates and assist with their needs. He also stressed the significance of developing strong relationships with clients and candidates. The honest recruiter confessed that candidates often feel like they are just a number, so it is crucial to develop an excellent relationship with the candidates.

Will also gave his opinion on who he thinks is a great candidate. He believes a great candidate that has attributes such as “good experience, a great attitude, a great personality, and flexibility (open to different situations, being adaptable) tends to fare better.” Other qualities Will listed include staying “positive, being resilient and persevering, and continuing in the job search.” He thinks candidates who are unemployed and will only accept full-time positions are not keeping an open mind. Candidates should accept temporary positions because it “keeps their skills active” and the position could eventually move into a full-time one.

Has Will learned from his mistakes? The candid recruiter quickly said “absolutely.” Will elaborated by saying he learned from “mistakes from the past, personally and professionally. Each market is different.” He also said that “each city is different, some are more based on transactions while other cities are more geared toward relationships.”

Will volunteers at St. Joseph’s Church and currently holds a membership with Washington State Paralegal Association. He also holds a membership with Puget Sound Legal Administration and Northwest Recruiting Association. The former paralegal’s mind and heart is definitely in the right place when he stated he is most passionate about the “livelihood of a person, whether it’s a meal or access to good education and shelter.” The recruiter supports organizations that assist people in securing a good job.

Facing Obstacles and Conquering Your Fear

The Law Dawgs’ recruiter said his biggest obstacle is the economy. Will recognized that “recruiting firms, competitors of Law Dawgs, did not make it through the recession. They most likely got sold out. During the recession, Law Dawgs honed in on their skills to beat the recession.”

Will was straightforward about public speaking. He stated that he’s “always anxious when it comes to public speaking.” So how does Will conquer his fear? The recruiter prepares himself and knows the topic before he speaks in front of a large audience. Will says he understands that people want to hear what he has to say and the “audience is here to hear him speak and wants to learn something from it.”

The direct recruiter gave his parents credit for being a major influence in his life. Will credited his success to his “parents and how they brought him up with a work ethic and education.” He firmly believes, “If you put in the time and effort, you will be rewarded.”

Will also tipped his hat to his past boss because he assisted him in getting the job at Law Dawgs while his present boss helped “him grow and fine-tune his skills.”

The law recruiter never thought he would be a shareholder/partner at Law Dawgs, but he has now accomplished that goal. Will said he wants to have an open mind and wants to expand with clients in other states. He stated, “It’s a good goal.”

I found LawCrossing was a very useful site and helped in my job searches.
Louann V.

LawCrossing Fact #178: Our team of hundreds of programmers and writers focuses on the employment industry!