By Google+, Follow Me on
( 315 votes, average: 5 out of 5)
What do you think about this article? Rate it using the stars above and let us know what you think in the comments below.
Personal Life 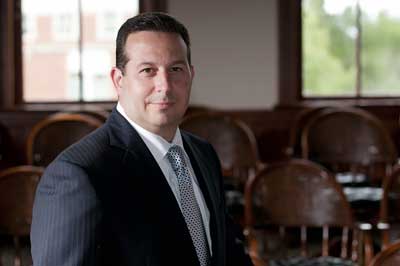 Jose Baez" vspace="5" width="400" />Jose Baez was born in Manhattan, New York City. He is one of the most sought criminal defense attorneys in the United States. Some of his high profile clients included Casey Anthony, Gary Giordano and the victims from the Aurora Colorado Darknight shooting. After Jose graduated from Florida State University, he earned his Juris Doctor degree from St. Thomas University School of Law. He gained valuable experience working as a special assistant public defender for Miami-Dale County before becoming a well-known defense attorney and serving clients in wrongful death suits.

Jose's Experience and Success as a Defense Attorney

After being asked how was his experience working as a special assistant public defender for Miami-Dale County, Jose said, It was “great, the best office in the world.” The attorney added it was the “best way to practice law and fight for his clients.” He explained that he gained valuable experience working for Miami-Dale County by fine tuning his skills in trial advocacy, which is not “taught sufficiently in law school today.” The veteran trial lawyer also stated working as a public defender was better than becoming a prosecutor because you had the experience of dealing with your clients. Jose believes prosecutors are “cheated” from not working with a client.

Why did Jose decide to become an attorney? At Florida State his alma mater he said he originally planned to enter law enforcement, but “thought he could make more of a difference by going to law school.” While Jose attended St. Thomas University School of Law, he enjoyed competing in moot court, trial advocacy, but most of all, he loves being in the courtroom. It's where he feels “alive.”

Although Jose's practice is based in Orlando and Miami, the attorney has cases in several states, such as California, Colorado, New York, and Arkansas. He admitted that the best part of his job was assisting his clients. Jose acknowledged that “being able to help people is the greatest motivation, it's the greatest thing in life to help people.”

When Jose was asked what area of the law are you most passionate about, the defense attorney replied it was “based on the case.” He said “every case was different and every experience is different.” The attorney was asked if there was any practice area he would like to develop further. He declared he would like to develop trial work because the skills are transferable. The veteran attorney said you can “always improve and get better in the courtroom.”

What does Jose think about the field today? The outspoken attorney admitted there were “lots of problems.” He disagreed with the death penalty and said there are “numerous injustices” that lawyers are trying to prevent. Jose continued to say, “As long as there is human drama, lawyers will help sort it out.”

Jose can't see himself doing anything else besides practicing law. He said he “really loves practicing law.” So where does Jose see himself in five years? He stated he will be “practicing law, hopefully taking on meaningful and important cases.” The St. Thomas University School of Law graduate wants to be remembered as an attorney “who fought hard for his clients and made a difference.”

When he isn't in the courtroom, the defense attorney is involved with two very special organizations. Jose worked for a toy drive for parents incarcerated and has devoted his time with A Leg to Stand On, a prosthetic company who assists kids in third world countries who are missing limbs.

The defense attorney has had a lot of high profile cases such as the Giordano and Colorado cases, but the Casey Anthony trial put Jose in the national spotlight. What did the Anthony case do for his career? Jose said “he had the opportunity to try a case in the spotlight and it brought out the best in him.” The attorney stated the case brought “new opportunity because of the forensics.” Jose claimed he did not like the attention of the Anthony trial because it negatively influenced the trial and effects “witnesses, lawyers, judges, and possibly the jury.” He was not a fan of the coverage, “but dealt with it and learned a great deal about the media as a result of it.”

How did Jose deal with the negative publicity during the Anthony case? He stated he dealt with it by practicing the law. The attorney believed he had a strong case and the people who criticized the case were incompetent. Jose added he grew thick skin, even though it was not easy. You can read more about the Anthony case by reading Jose's Presumed Guilty: Casey Anthony, The inside Story.

Geraldo Rivera called Jose the “Juanie Cochran” and the media has labeled the attorney as “El Defensor.” How does Jose feel about these comments? He said it was flattering to receive those positive comments and it is nice to be recognized every time he steps in the courtroom, but he has to live up to the comments.

Jose loves watching college football and baseball. He played second and third base while playing college baseball. He
roots for the Florida State Seminoles and is a die-hard New York Yankees fan.
( 315 votes, average: 5 out of 5)
What do you think about this article? Rate it using the stars above and let us know what you think in the comments below.

Paul Caron: Associate Dean of Faculty and Law Professor at the University of Cincinnati College of Law

Sandra Is No Fluke

Paul Caron: Associate Dean of Faculty and Law Professor at the University of Cincinnati College of Law

Sandra Is No Fluke