An Inspiration: Allison O Van Laningham
< Back To All Articles

Michael R. Parker Will Try Anything Once

Share
Tweet
Linkedin
415 Views
( 55 votes, average: 4.5 out of 5)
What do you think about this article? Rate it using the stars above and let us know what you think in the comments below.
Michael R. Parker is working as an associate with

.Michael graduated from UCLA with a BA in History, and he received his JD from the University of Texas graduating in the top 10% of his graduating class. During his time in law school, Michael was a member of law review and produced several publications.

After graduating, Michael worked for Fulbright & Jaworski and then moved on to work for Informa Research Services. While working with Informa Research Services as a full-time attorney, Michael created his own firm, M.R. Parker Law. Michael has worked on a number of different matters including drafting agreements between Informa and most of the country’s top 100 banks, employment law, personal injury, civil litigation and criminal law. 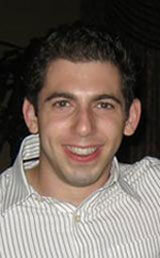 Michael Parker grew up in California’s San Fernando Valley with his father, mother, and younger brother. Both of Michael’s parents graduated from college, and his father worked as a radiologist for 30 years prior to his recent retirement. While attending law school, Michael discovered he was drawn to people who engaged in intellectual battle and defended what they believed through rational analysis. Michael is not the only attorney in the family; both Michael’s uncle and many of his cousins are attorneys.

Michael is constantly setting goals, and he is driven by motion. When Michael has a goal, the goal alone motivates him. Michael summed it up best; he “likes to check the box.” Michael is a strategic planner. In fact, he has a list of life goals broken down into categories. First, Michael’s travel goal is to visit every one of the continents. Physically, Michael wants to fight in an MMA match, and hike Mt. Whitney (the highest mountain in the contiguous U.S.)

Michael knows about loss. As a child, Michael was diagnosed as a diabetic. Through this experience, Michael bonded with a young girl in the neighborhood, who was diagnosed with leukemia. After a blood transfusion, she contracted HIV, and a few years later she died. However, when people in Michael’s life die, things don’t really change for Michael because he is constantly striving to live each day to the fullest.

Michael is more than a dreamer, he is a doer. So far Michael has visited more than twenty countries including Japan, Turkey, Costa Rica, England, and France. After traveling, Michael comes back with a renewed appreciation for living in America. Although there are a lot of interesting places to visit, Michael believes that nothing beats the US. One of Michael’s most memorable travel moments was when his got strep throat while traveling in Paris. Ironically, he traveled thousands of miles away from Los Angeles to meet a doctor from UCLA; it is a small world.

Professionally and personally, Michael’s life has taken a number of turns. Michael’s entrepreneurial skills first surfaced when he was young. In elementary school, Michael would buy candy in bulk and sell the candy door-to-door. He also would turn a profit purchasing and reselling baseball cards. As an elementary student, Michael found himself in a bit of trouble because he sold his parent’s personal items to kids at school for a profit. After a failed entrepreneurial endeavor as an adult, Michael entered the real estate market. When the real estate market began to taper off, he decided to go to law school. However, Michael has no law school debt because he paid for his law school education from monies earned from his high school business of selling virtual game items online. In fact, Michael remains quite the gamer.

In Michael’s opinion, a great attorney is a strong leader, not a follower. Attorneys should be willing to take and defend difficult positions even when it would be easier to back down.

The five main characteristics that make up Michael are being stubborn, patient, curious, and adventurous. Because of his desire to constantly learn, Michael’s strongest characteristic is his curiosity. His adventurous streak surfaces with his mantra to “try anything once.” When Michael is traveling, he loves to get lost in another country’s culture, foods, and cities. Michael’s passion for learning is only surpassed by his passion for food. One of Michael’s greatest strengths is also his greatest weakness; he likes to talk...a lot. This outgoing nature helps people open up more and creates a friendlier work place.

In addition to his strong love of adventure, Michael is a dog person. In the past, he has volunteered with New Leash on Life and Southern California Lab Rescue. Michael looks forward to doing more work with these organizations in the future.

Professionally, Michael is driven and calm. In fact, he does not remember the last time he got upset about anything. In a team, Michael takes on a leadership role, and he is passionate about learning new material and gaining exposure to new experiences, which makes the law a perfect fit. Michael is attracted to the continuously changing nature of the law. Michael derives his confidence from winning. However, Michael remains indifferent to the opinions of others. As he summed it up best, “people’s opinions about who I am don’t matter.” Just ask his fiancé, who often feels a little embarrassed due to his capacity to be confident and shamelessly funny all at once.

At work, Michael is known for being diligent, competitive, and organized. He investigates each angle of the case thoroughly. When Michael digs into a case, he comes up with different theories, he finds the inconsistencies, and he examines the facts carefully. Whenever Michael wants to know something, he researches the topic to the point of “beating a dead horse.” He is not afraid of putting in the work required. This hyper competitive nature is not confined to his professional performance, but also surfaces in wrestling.

Outside of work, Michael enjoys Brazilian Jujitsu, playing with his dog, or spending time with his fiancé. Michael is a world renowned laser tag champion. In 2007, Michael went to Melbourne, Australia, with his laser tag team, WMD, where one of his life lessons surfaced: “With persistence you can get anything you want.”

LawCrossing is extremely useful for legal professionals, and job seekers in the field of law. Amazing website!
Nadine