George Washington University Law School
< Back To All Articles

Share
Tweet
Linkedin
229 Views
( 32 votes, average: 4.5 out of 5)
What do you think about this article? Rate it using the stars above and let us know what you think in the comments below.
She selected George Washington University Law School for its renowned international law program, as well as for its global prestige. The prospective 2012 graduate studied abroad with the law school's Oxford program in international human rights law following her first year of studies. During her second year at George Washington University Law School, Johnston and her partner, Anne Sidwell, won the 2011 KK Luthra Memorial Moot Court Competition at the University of Delhi, India. 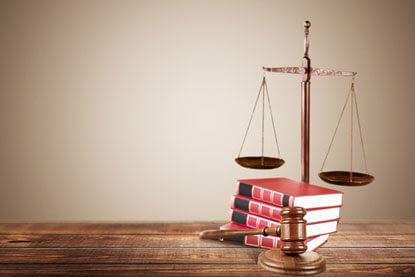 Johnston described the moot court competition as an unforgettable experience. “The final round was held before three High Court Justices in a room full of law students, senior advocates, law professors, and legislators. It was incredible to practice an appeal in a different country following tribunal laws.”

According to Johnston, she has also benefited from the law school's location, which has put her in contact with prominent DC practitioners. “Due to the high caliber of GW Law's adjunct professors, I've had the opportunity to take smaller, more specific classes, such as International Negotiations or Islamic Finance Law,” said Johnston.

In addition to her international experience as a law student and with TYO, Johnston also spent one year in Egypt as an executive assistant for Abercrombie & Kent, a luxury travel company. She completed a semester of intensive Arabic language study at the American University in Cairo and she earned a BA in Spanish and Government from Bowdoin College in Maine in 2005.

If you are a law graduate, then click here to get latest jobs available as per your practice area.

Through LawCrossing I got what I was looking for. Using the site was a fantastic experience.
Ian

LawCrossing Fact #54: Users of LawCrossing are more likely than those who don’t use the site to find their dream jobs because LawCrossing has a staff of hundreds of employees working just for them.