How to Become a Supreme Court Justice

Silas Reed
( 163 votes, average: 5 out of 5)
What do you think about this article? Rate it using the stars above and let us know what you think in the comments below.
First, it puts you at the pinnacle of a law career. There are only nine Supreme Court Justices sitting at any point in time. You will never go higher than that. The salary is good, but there are private attorneys who make better money—a lot of them. (A Supreme Court Justice's salary is $208,100. The Chief Justice, currently John G. Roberts, makes $217,400.) 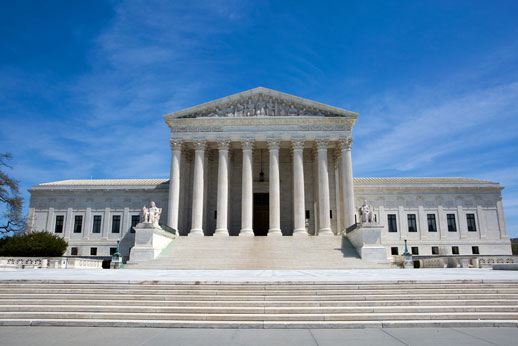 Second, Justices serve for life. It's a heavy responsibility to be the court of last resort and final arbiter of the law in the United States. The Founders chose to make Justices serve for life rather than have them be tied to the political process. A Supreme Court Justice should focus on the interpretation of state and local laws, and laws from Congress, with how they interact with the United States Constitution, and being at risk of being unseated by Congress would have interfered with their judicial distancing. (In countries where the highest court serves by direct political appointment with renewal terms, it's a distinct possibility that a political campaign will alter the interpretation of the law as the judges attempt to preserve their own jobs in a changing political world.)

The typical work year (called a term) for a Supreme Court Justice starts in the first week of October and continues through July of the following year. Each term is broken down into two-week periods where the justices are alternately sitting (open to taking arguments and delivering opinions) and recessed (where the court members are considering petitions and the merits of the cases argued before them). It is when the courts are recessed that Supreme Court decisions are written. During each week, the Justices see petitions for upwards of 100 to 150 petitions for cases to be argued before their court. They may refuse an appeal.

To be seated as a Supreme Court Justice requires a strong knowledge of the Constitution. You must have passed at least one of the State Bar exams. While it's possible to pass a bar exam without going to law school, it's virtually unheard of. An ability to write clearly and concisely on matters of the greatest importance to the United States as a whole is paramount.

In the past, Supreme Court Justices were likely to be appointed from law schools; this practice has gradually gone away. In some ways, this is a shame—the academic feeder line to the Supreme Court tended to be a bit less partisan in its outlook, and it's a voice that's become more and more necessary.

Once you've demonstrated the ability and rigor needed to do the job, the next step is getting appointed. In this day and age, being a Constitutional scholar isn't enough; you must be a Constitutional scholar that hews to one of the major viewpoints of a political party. For example, it's unlikely that the current president will nominate a cultural or social conservative or a strict constructionist to the court. When his predecessor was in office, most of the major media outlets presumed he'd try to pack the court in a way suitable to turn over controversial prior decisions, such as Roe v. Wade.