The Life and Career of Wayne B. Ball : Attorney at Law

Share
Tweet
Linkedin
571 Views
( 77 votes, average: 4 out of 5)
What do you think about this article? Rate it using the stars above and let us know what you think in the comments below.
He is none other than Wayne B. Ball, the award-winning attorney who was recently recognized as one of Worth magazine’s Top 100 attorneys. Worth recognizes attorneys who have contributed a lot to the legal field with their outstanding expertise and commitment to their clients’ needs. 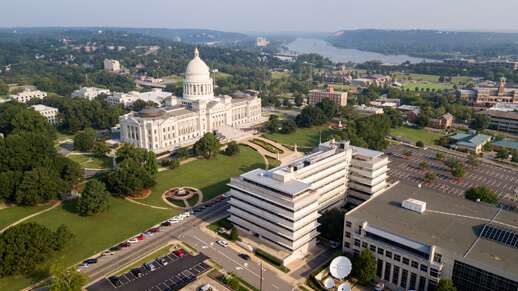 As a prolific and expert legal writer, Wayne has written and co-authored books, including A Practical Guide to Estate Administration in Arkansas, Basic Probate in Arkansas, and the latest one, Guiding Those Left Behind in Arkansas, a very helpful handbook for settling estate deals in the state.

It has been nearly 25 years since Ball finished law school. His sparkling career includes various personal achievements and distinguished honors. He was the graduate of Leadership Greater Little Rock, a program initiated by the Greater Little Rock Chamber of Commerce. He has also served as a part of the Board of Directors service for March of Dimes, Great Tomato War, and Arkansas Boxing Foundation. He is well known as the winner of the United States Amateur Boxing Association, Master's Division in his prime years.

Wayne Ball specializes in taxation and real estate planning. He started his law career by serving as a Municipal Judge in West Fork, Arkansas, and on the City Board of Adjustments in Fayetteville, Arkansas. He was admitted to legal practice in Arkansas as well as Texas. He was also admitted to the United States 8th Circuit Court of Appeals, the US Supreme Court, and the US Tax Court.

Wayne B. Ball is currently serving as an attorney at his firm Ball & Stuart which he started with Jason A. Stuart. Ball’s expertise is mainly in the fields of integrated estate planning, asset protection, business succession planning, elder law, and Medicaid planning. Stuart is an expert attorney in corporate law and has also studied law from the University Of Arkansas School Of Law.

Wayne B. Ball lives in Little Rock, Arkansas. He says that his goal is to work with clients who develop well-drafted, carefully executed, properly maintained, and cost-effective real estate plans. He states in his LinkedIn profile that he is “connecting wealth and values with destiny.”

LawCrossing is a perfect site indeed, as in spite of such a humongous database it is updated regularly.
Mark

LawCrossing Fact #149: Come to our site to search for jobs on other job boards and websites; you will save yourself time and energy!