Brendon Buthello
( 393 votes, average: 4.2 out of 5)
What do you think about this article? Rate it using the stars above and let us know what you think in the comments below.
He is an accomplished lawyer in the practice area of family law, constantly tied up by high–profile divorce cases, family discord, marriage settlements, alimony, etc. He is a partner of Kaufman, Young, Spiegel, Robinson & Kenerson, LLP, and has contributed much towards the success of the firm. He has been consistently featured in the list of Super Lawyers in the years 2006, 2008, and 2009. Meet Lance Spiegel, the expert family law attorney, who has adroitly and efficiently served the legal field since 1971. 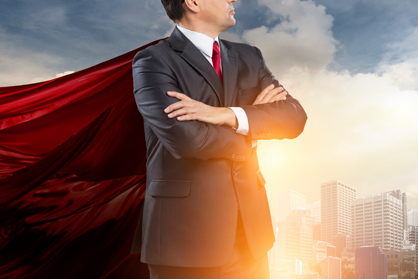 His lists of achievements in the legal field are many and profound. During his law school years, he was a member of the University of Southern California Law Review between 1970 and 1971. He authored ''First Amendment Rights of Television Viewers,'' for the university review, too, and was known to be a bright student at the university. Spiegel was admitted to the Ninth Circuit of the US Court of Appeals. In his early years as an attorney, he was part of the non-profit legal publisher of the University of California, the Continuing Education of the Bar (CEB) which is in a long-standing association with the California State Bar. He wrote research material for the CEB including ''Status of Expert Witnesses,'' and ''Attorneys’ Fees in Marital Dissolution Proceedings.''

In September 1990, Spiegel was also instrumental in writing Volume 24 of the Beverly Hills Bar Journal. He was a lecturer on the topic of panel attorney fees in the years 1976, 1979, and 1981. He negotiated and drafted various marital agreements in 1985 for the CEB and was part of the Family Law Symposium, Los Angeles County Bar Association in 1991 and recently in 2005. Spiegel also served as an adjunct professor for Community Property in the Southwestern University School of Law in 1982. He is an active member of the Beverly Hills Association, Los Angeles County Association, and the American Bar Association, along with membership in the State Bar of California.

Some of the high-profile cases in Spiegel’s illustrious legal career include the remarriage of McElwee (1988), Johnson vs. Superior Court (1998) and Myers vs. Myers (1988). His 100-percent efforts have been virtually concentrated upon the family law practice area. Spiegel is a partner of a well-known divorce attorney Robert Kaufman, who is another main initiator of the law firm.

Spiegel is well-known in the Hollywood star circuit and handles many family law-related cases of movie stars. The most recent case included his client Gossip Girl-star Kelly Rutherford’s and her estranged husband Daniel Gierschs’ increasingly heated custody case related to their son Hermes who is only 2 years old. Spiegel has previously represented many celebrities like Russell Simmons, Heather Locklear, Charlie Sheen, and Michael Jackson involving their many family issues and conflicts.

Spiegel was once quoted in the Worth feature, titled “Fighting Words” which was moderated by Emily Denitto, saying that mostly in custody cases, people are so polarized that they can’t communicate by talk. They mostly communicate through email to each other. Spiegel’s advice was that one should expect a judge to be reading those emails too. Most of them give no thought to what will happen if the judge sees this in the court, according to him. He finally advises all to have a keen view to all that is to be presented to the court along with what is likely to be presented, too.

The Life and Career of Richard Burke

The Life and Career of Richard Burke