Putting the Big Mac to Shame: The FleurBurger 5000

Mary Waldron
( 301 votes, average: 4.7 out of 5)
What do you think about this article? Rate it using the stars above and let us know what you think in the comments below.
Ah, Vegas. The luxury hotels. The stunning shows. And, yes, the to-die-for cuisine. 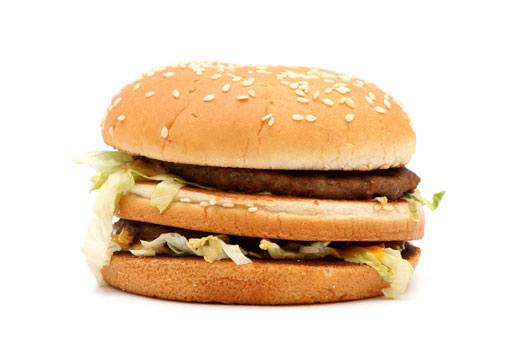 Just about anyone who's anyone in the fine culinary industry has a restaurant in Las Vegas, so it's no coincidence that visitors go home a little plumper than when they arrived.

The granddaddy meal of them all is an upscale take on the traditional burger and fries.

The FleurBurger 5000 will make any burger lover's heart sing. French chef Hubert Keller, whom you might remember as a guest judge on Bravo's Top Chef, created this ode to an American classic and serves it at his restaurant, Fleur de Lys, in Mandalay Bay.

Keller was born and classically trained in France before he branched out to the Bay Area in 1986 to co-open his legendary Fleur de Lys restaurant. By 1990, the newly naattmed first family, the Clintons, had recruited Keller to be their first guest chef at the White House. Fleur de Lys arrived at Sin City's Mandalay Bay in 2004 along with Keller's casual-dining concept restaurant, Burger Bar.

Keller's burger indulgence features a juicy Kobe beef patty topped with foie gras and black truffles which is served on a brioche truffle bun and garnished with a rich truffle sauce. The burger also comes with a bottle of 1990 Chateau Petrus, which is to be served in Ichendorf Brunello stemware. And rumor has it that whoever purchases this meal gets to keep the glass, and his or her dining partner gets a free burger, too.

Now, did I mention why the burger is called the FleurBurger 5000? Well, the price tag is in the name. Yup. If you want to enjoy this slice of hamburger heaven, you have to cough up $5,000, not including tip and tax.

It's all worth it in the end, though. When you get home, you can expect to receive your Ichendorf Brunello glass in the mail, along with a certificate that proves you ate a $5,000 burger — just in case no one believes you.

( 301 votes, average: 4.7 out of 5)
What do you think about this article? Rate it using the stars above and let us know what you think in the comments below.