( 482 votes, average: 4.7 out of 5)
What do you think about this article? Rate it using the stars above and let us know what you think in the comments below. 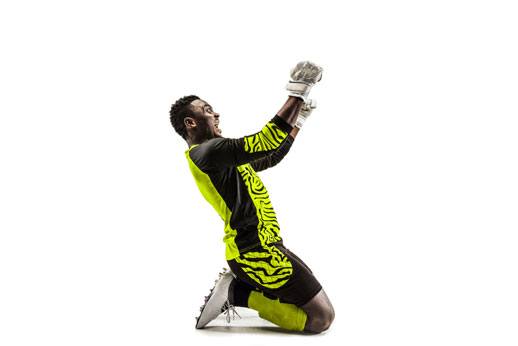 Sports injuries are not only common, they frequently have ramifications that can change the fates of the athletes involved. Just ask Kobe Bryant and Pamela Mackey, the woman in charge of defending him from sexual assault charges. If it hadn't been for a shoulder that required surgery, Bryant would not have found himself in Eagle, Colorado at the Lodge and Spa in Cordillera. And if not for blowing out both shoulders while pursuing her gymnastic dreams at the University of Minnesota, Pamela Robillard Mackey might never have wound up practicing law. But both did happen, and the events that followed have resulted in the most recent entry in the Trial of the Century sweepstakes - a case that involves sexual assault, race, celebrity and money and, despite the fact that its outcome will not be resolved until May or June at the earliest, still manages to make national headlines at least once a week. For Kobe Bryant is not just any basketball celebrity; he's charismatic, astonishingly gifted, and scored 1,080 on his SAT's (a fact that has been reported more times than there are points in that score). And if Bryant's intelligence was never in question, his judgment was often suspect; everything from his shot selection to getting married to a woman just out of high school was finger-wagging fodder for the press, culminating in the events of that night in Colorado last June.

And yet Bryant's decision to hire Pamela Mackey - along with her partner, Hal Haddon, to defend him in his upcoming trial - silenced the critics who wondered if Kobe had lost it for good. Mackey was an ingenious choice: a woman, a former public defender, and that rarest of rare attorneys who has experience trying high-profile cases, yet does not plug shamelessly for the camera. And while Bryant still faces steep challenges ahead, they will most likely be leveled significantly by his lead counsel who, in a career that has spanned nearly twenty years, has proven that fate, though cruel at times, does tend to favor the most prepared of minds.

Pamela Robillard Mackey was born in 1956 to an MIT and Harvard-educated engineer father and a homemaker mother in Indiana. The oldest of five siblings, Mackey was an outstanding athlete who, upon her acceptance to the University of Minnesota, naturally assumed that she would turn her physical talents and fierce competitive spirit into gymnastics glory. She promptly blew out both shoulders and, when asked about the event, says simply: ''That was a disaster for me.''

Mackey left Minnesota and, hoping that her love for horses might provide some balm to her wounded body and ego, enrolled in the equestrian program at William Woods College, a small women's college in Missouri. Despite her aptitude for the sport, Mackey's heart wasn't really in it and she found herself ''chronically miserable.'' Mackey's father urged her to sign up for Colorado's Outward Bound, hoping that the program's altitude along with all that clear, thin mountain air would provide a springboard for a new set of goals. And Mackey, who showed up at the trailhead with platform shoes, metallic eye shadow, and a miniskirt, as well as twenty one pairs of socks and underwear (one for each day of the three-week program — naturally), nonetheless won over her fellow hikers with her grit and charm.

Following her completion of the program, Mackey moved to Aspen where she skied, waited tables and partook in the unique blend of delights that town can offer a young person with few commitments in life. And yet, despite the fun she was having, it was clear that something else lay in store for her beyond the snow-capped horizon of Aspen's pristine slopes. As it turned out, fate would soon smile upon Mackey, but only once her sense of ambition led her back to an academic environment. She enrolled at the University of Colorado as a journalism major and, through her best friend Craig who was working as an intern for Colorado Senator Gary Hart, subsequently met the man who would change her life.

''So tell me your dreams,'' said Hal Haddon to Pamela, as he leaned back and kicked up his cowboy boots on his desk. In addition to being a name partner at Haddon, Morgan, & Foreman, a prominent criminal litigation firm in Denver, Haddon was also Senator Hart's key political advisor and knew Colorado's political and legal landscape as well as anyone. Mackey, recounting their first meeting, says she was ''so green, (she) didn't know what to say.''

What followed was, in her words, ''dumb luck''; Haddon hired Mackey as an investigator at his firm where she put her journalism degree to good use digging up valuable information to aid in the defense of the firm's clients. Mackey proved to be so effective that Haddon suggested she take the next step: law school. It was at this juncture that Mackey took the proverbial deep breath and considered her options. She could have simply continued working as an investigator. Or she could have used her experience and connections at this point to pursue a career in journalism, the wheels of which were already creakily turning thanks to a stint as editor of The Rap Sheet, a publication of the Colorado Criminal Defense Bar. But Mackey did neither. Perhaps the competitive fire that had lain dormant in her belly since her early failures as an athlete was now once-again stoked by the possibilities of the challenges that lay ahead in the courtroom. Or perhaps she saw the legal profession as a way to actively do something with the world's flaws, rather than simply to write about them. Regardless, Mackey took Haddon's advice and applied and was accepted to George Washington University's Law School, where she would go on to serve as editor of the law review during her senior year and graduate with honors in 1985.

Following her graduation from George Washington, Mackey and Craig, to whom she was now married, moved back to Denver where Mackey joined the firm of Davis, Graham & Stubbs as a product liability attorney. Again, Mackey made good use of the advice of her mentor, Haddon, who told her to ''go over there and learn how to be careful.'' But as much as Mackey learned, she also had a strong suspicion that her true calling lay in litigation.

Indeed, after two years working at Davis, Graham & Stubbs, Haddon recruited her for his own firm; however, shortly after joining Haddon, Morgan, & Foreman, it was clear that the arrangement wasn't working out for either party. Mackey didn't like ''playing second fiddle'' and doing what she considered to be ''back-up work.'' Haddon, for his part, felt that as smart as Mackey was, she would never realize her potential as a great criminal defense attorney without serving a stint in the public defender's office, a key building block in the development of successful criminal defense attorneys, and practically a prerequisite at his own firm. And, since the rules mandated that every new public defender had to work for eighteen months in rural Colorado, Mackey packed her bags and left Craig behind in Denver while she headed off to Eagle County, where she'd been assigned.

Working ''without a net,'' Mackey found that she loved her duties as a public defender, which consisted of representing indigent and other unfortunate clients, and her talents were not lost on her superiors. ''Pam had an incredible dedication to the people who had nothing, who were nobody,'' said Mark Johnson, Mackey's former boss in Eagle County. After five years as a public defender, however, Mackey had had enough. In addition to the strain of working from a wheelchair during a difficult pregnancy, she was beginning to find that she was emotionally worn out by the sadness and hopelessness of trying to fix peoples' lives.

Mackey, now a mother who was finally enjoying having all the members of her family in one place, was ready to go back to Haddon, but only under one condition: no more second fiddle. Haddon quickly saw the growth his protégé had made as an attorney, and was thrilled to have her back. Mackey quickly made her presence felt when, in 1995, she represented DEA agent Mark Dietze in a harassment case after Dietze threatened to kill the owner of a bar during a bout of heavy drinking. Although Dietze was ultimately convicted, he served only six months in prison which, given the gravity of his threats, was a testament to Mackey's formidable skills as a defense attorney.

Mackey was well on her way to earning a reputation as one of the toughest, smartest criminal defense attorneys around and began to pick up more and more of the types of high profile cases that, fairly or unfairly, tend to cement an attorney's reputation in the eye of the public. In 2001, she represented Colorado Avalanche goalie Patrick Roy in a domestic-violence case involving his wife. Maintaining her characteristic low-key, yet tenacious style, Mackey circumnavigated the avalanche — so to speak — of press and got the charges against Roy dismissed.

And yet, eschewing the wont of the typical high-profile attorney who thrives on the high wire act that is the legal profession, one of Mackey's most impressive victories might have been one that never made it to trial. Fellow defense lawyer Larry Pozner recalls a case where Mackey persuaded prosecutors not to file charges against a man she represented in a case where charges for sexual assault were pending. Believing the man was innocent, Mackey barraged the prosecutors with demands that they listen to her before filing any charges. ''Their answer was, 'We'll talk to you after we file,''' said Pozner. ''She said, 'After is too late. You ruin peoples' lives when you charge them, even if you dismiss them later.''' Eventually Mackey wore the prosecutors down, and when they finally heard her client's side of the alleged sexual assault, they decided not to press charges. Which meant that no one ever knew he was accused, a case closed before it was ever even opened.

Clearly, it is too late for that to be the case with Bryant. But Mackey, who has replaced her miniskirts and platform shoes for expensive suits and jewelry, is every bit the embodiment of strength as she is the embodiment of femininity. Any attempt to portray her ability to use these qualities as a means of adding sheen to her clients' defense would be cynical at best and irresponsible at worst, for all evidence supports the notion that Mackey has fought not only ferociously, but empathetically for her clients, be they indigents or multimillionaires. And in a case that very well may hinge on credibility, Mackey's listing among the Best Lawyers in America for criminal defense and commercial litigation will be instrumental if the jury is to side with Bryant. The conventional wisdom is that Mackey will prevail, and if that is indeed the case, it will come as the result of the hard work and ''no stone unturned'' approach that Mackey has become famous for. But one would also suspect that, like so many other things in the remarkable life and career of Pamela Mackey, it would seem more fate than anything.

The Life and Career of William H. Taft, IV, Legal Adviser to the Secretary of State

The Life and Career of William H. Taft, IV, Legal Adviser to the Secretary of State