Are You Ready to Be All That You Can Be?

Swept away in Key Biscayne
< Back To All Articles

Indulge in the Pleasures of Nygard Cay

Share
Tweet
Linkedin
669 Views
( 87 votes, average: 4.2 out of 5)
What do you think about this article? Rate it using the stars above and let us know what you think in the comments below.
Nygard Cay is a remarkable 4.2-acre island located near Lyford Cay in the Bahamas. Owned by Peter Nygard, the chairman of the famous Canadian female-apparel brand Nygard International, the island and residence on it are as opulent, excessive, and unparalleled as Nygard's alleged lifestyle. (Among other things, he is known for his extravagant parties, battles with labor unions, and penchant for lawsuits, which have targeted a variety of individuals ranging from members of the media to former girlfriends.) 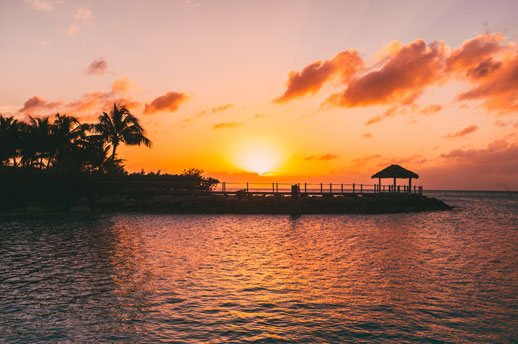 
The trip officially begins when you are picked up at the airport by Peter Nygard's personal Boeing 727. After a pleasant flight, you arrive and are confronted with the residence at which you will be staying, a 150,000-square-foot refuge which was designed to resemble a Mayan landscape. You need not worry, however; while it resembles an ancient landscape, it houses all of the 21st century's conveniences.

The "resort" (as Nygard likes to call it) has 22 bedrooms, the majority of which are suites with open floor plans and his-and-hers bathrooms; a tennis court; two volleyball courts; a basketball court; a 24-seat movie theater; and a 48-foot fishing boat, to name just a few of the amenities. And some of the residence's more notable features include a 100,000-pound glass ceiling, waterslides, and a human aquarium.

Your stay at Nygard Cay will cost you $35,000 per day, with a three-day minimum. A 5% Bahamas tax will also be added to the $105,000 total, as will a $15,000 damage deposit. However, the deposit is, of course, refundable. Included in this overall price are all of your meals, alcohol, and attention from a 20-person personal wait staff—which brings us back to the rest and relaxation portion of the trip.

In addition to a state-of-the-art fitness facility and five-star kitchen, the resort employs a full-time spa staff whose sole purpose is to pamper you. So after this stressful, draining, and tiring week, three days of massages, great food, and good company will provide the rejuvenating potion you so desperately desire.

Here's to getting a great tan, drinking mai tais, and enjoying a fantastic weekend.

I like the LawCrossing very much because of the variety of legal jobs posted on it.
Jessica