Bush Cabinet Gets a Shake Up

John W. Carlin, Archivist of the United States
< Back To All Articles

Are You Ready to Be All That You Can Be?

Share
Tweet
Linkedin
587 Views
( 77 votes, average: 4.5 out of 5)
What do you think about this article? Rate it using the stars above and let us know what you think in the comments below.
The draft, which hasn't been in effect since 1973, is best described as mandatory military service and has been used whenever the government deemed it necessary. After the last U.S. draft ended, the government adopted the Selective Service System, which requires 18- to 25-year-old men to register with the government in case they are needed in the event of a military emergency. 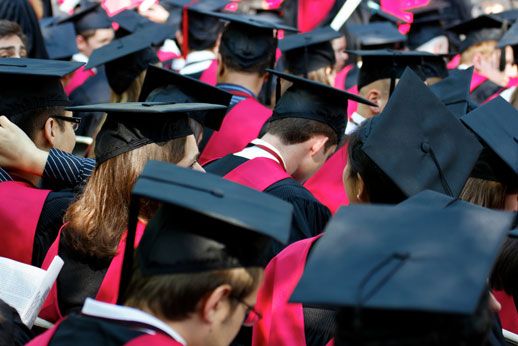 As a guest on CBS' Face the Nation, Rangel said, "There's no question in my mind that this president and this administration would never have invaded Iraq, especially on the flimsy evidence that was presented to the Congress, if, indeed, we had a draft and members of Congress and the administration thought that their kids from their communities would be placed in harm's way."

Rangel has said that his hope in trying to bring back the draft is that members of Congress will be more careful about deciding to become involved in a war if the lives of their children are at stake. However, many people don't believe him; they see his insistent push toward the draft as simply a way to question and condemn President Bush's motivations for going to war with Iraq.

Rangel, who has been talking about reinstating the draft since 2003, is set to lead the House Ways and Means Committee in January and plans to introduce his legislation to a Congress controlled by Democrats. Three years ago, the legislation was defeated by a vote of 402 to 2, but Rangel has claimed he has high hopes for it this time around.

However, given the landslide decision in 2003, Rangel's legislation will likely face considerable opposition in 2007, as well. In addition to facing strong opposition from Republicans, the idea is opposed by a large number of Rangel's fellow Democrats, including Michigan Senator Carl Levin and incoming Speaker of the House Nancy Pelosi.

When this issue arose in 2003, many students around the country were very vocal about their opposition, demonstrating a major difference between contemporary youth and the youth at, say, the time of the Vietnam War. For many young people of today, being drafted into the army is something to be fought against, not something to be passively accepted as one's duty to his or her country.

In addition, many young people feel that the U.S. military will be most effective if it is made up of people who choose to serve rather than people who are forced to serve. Senator John Kerry agrees.

"[Senator Kerry] believes the current army of highly motivated volunteers is the best army in the world and is performing incredibly well, and that the military needs of the country are best met by increasing recruitment and retention rather than instituting a draft,” his press secretary, Brigid M. O'Rourke, was quoted as saying in a Harvard Crimson article.

Although Rangel's boisterous statements are making everyone's palms a little sweaty, it seems that—for the time being, at least—students can rest easy. General Richard Cody, Vice Chief of Staff of the U.S. Army, addressed an audience of 250 graduates at Fort Leavenworth's Command and General Staff College on December 15. In his speech, he said that "the U.S. can meet its military needs in Iraq without reinstating the draft." It is also common knowledge that the Bush administration is adamantly opposed to bringing back the draft.

Regarding the legislation's track record, Jeffrey Kwong, President of the Republican Club at Harvard, told The Harvard Crimson, "The proposal was defeated 402 to 2 in 2003, and I won't hold my breath for its passage under Pelosi."

I feel LawCrossing is simply great and very useful, too. It is definitely worth exploring when one is looking for a change.
Raul