One for the Cops

By James Kilpatrick
( 8 votes, average: 3.8 out of 5)
What do you think about this article? Rate it using the stars above and let us know what you think in the comments below.
Put another way, it's the sad case of a police officer who tried his best to protect the motoring public and wound up as the losing defendant in a federal lawsuit. 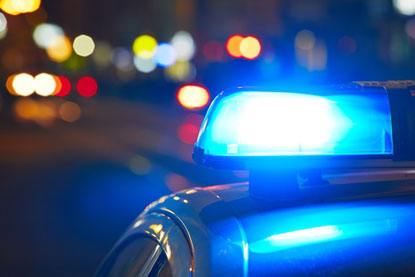 The case at hand is the appeal of Deputy Sheriff Timothy Scott from a remarkably bad opinion of the U.S. Court of Appeals for the 11th Circuit. The facts of the case were not seriously in dispute: On a night in March 2001, Scott joined other officers in a high-speed pursuit of young Victor Harris. What should have been a simple, uncomplicated arrest for speeding turned into a nine-mile chase at speeds exceeding 100 miles an hour.

In an effort to abort the chase before Harris killed someone, Deputy Scott attempted what is known to police as a "precision intervention maneuver." At a point on Route 74 in Fayette County, when the chase had slowed and no traffic was in sight, Scott lightly bumped the fleeing vehicle. Harris lost control, went over an embankment and suffered serious injuries — injuries he might have avoided simply by pulling over at an officer's lawful command.

Harris brought suit in federal court against Scott and the county, charging that the officer had violated his Fourth Amendment right to be free from unreasonable search and seizure. Judge Rosemary Barkett, writing four years later from the quiet detachment of her chambers, minimized the whole incident. Prior to the chase, she noted, Harris posed no imminent threat to anyone. "There were alternatives for a later arrest."

Judge Barkett's opinion, joined by Judges Stanley F. Birch and Emmett Cox, struck me as bad law and worse justice. One has to feel sorry for a 19-year-old paraplegic, but he brought his misery on himself. We'll see in the spring if the Supreme Court sides with a good cop or with a reckless boy.

So much for the good news from the high court. The bad news is that two weeks ago the justices let themselves become embroiled once more in the muddy morass of abortion law. Justice Clarence Thomas was out sick, but the other eight listened patiently to two hours of oral argument, first in Gonzales v. Carhart and then in Gonzales v. Planned Parenthood Federation. In these companion cases, Solicitor General Paul D. Clement sought dutifully to defend the indefensible. Thus he urged the court to uphold the Partial-Birth Abortion Ban Act of 2003.

In the name of the Founding Fathers, this question has to be asked: How did a woman's womb get to be an instrument of commerce among the several states? Am I missing something here? Should the Erie Canal and the Vaginal Canal be taught on the same page of Con Law 101?

Contending lawyers were not arguing case law. They were urging the high court to distinguish "dilation and extraction" from "dilation and evacuation." O Marbury! O Madison! What ever became of the old distinction between state and federal jurisdiction?

Seriously, it is hornbook law that Congress has no legislative powers beyond the powers delegated to it by the Constitution. You may search the Constitution by night and day — search until your eyes rebel and your fingers bleed! — and you will not find a single line that even remotely authorized Congress to pass the act in question.

Yes, this unreconstructed states'-righter is well aware that apologists for unrestrained federal power cite to the Commerce Clause. Somehow the congressional power to regulate interstate commerce has morphed into a power to decree that partial-birth abortion, as Clement eloquently contends, is "never medically indicated to preserve the health of the mother." The challenged act is based upon "findings" that Congress had no proper business ever looking for.

Fourteen years ago the high court split like a dropped pumpkin in the seminal abortion case of Planned Parenthood v. Casey. Six years ago it surpassed that 5-4 explosion with Justice Breyer's opinion in the Nebraska case of Stenberg v. Carhart . Justice Scalia, dissenting, asked rhetorically if the text of the Constitution has anything to say about abortion. Then he answered his own question: "It obviously does not."