< Back To All Articles
Share
Tweet
Linkedin
29 Views
What do you think about this article? Rate it using the stars above and let us know what you think in the comments below.
11/07/06

Fulbright & Jaworski in an expansion mood

With a new office recently opened in Beijing, international law firm Fulbright & Jaworski has embarked on an Asia expansion mission. The firm aims to build up their China office and its cross-border transactional, energy, project finance and disputes practices. Fulbright has had an office in Hong Kong since 1990. Due to Fulbright's rapid expansion in the Asian market in practice areas like energy, project finance, cross-border transactions, and disputes, the firm's officials realized the importance of opening another office on mainland China in order to offer world-class service to its international clients. 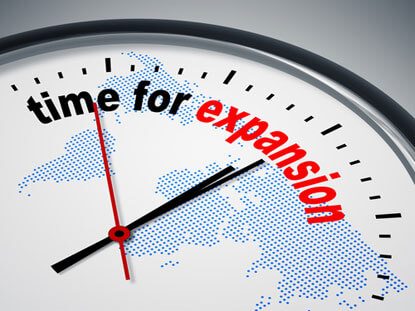 Meanwhile, the firm's New York office has hired prominent litigators Daniel R. Murdock, and Philip M. Smith as partners. Murdock, who was lead defense counsel on several large securities fraud class actions, will now serve as Of Counsel. The combined force of the two new recruits will help the firm strengthen its capacity in state and federal actions, trials and appeals; NASD, NYSE, AAA and other private arbitrations; bankruptcy proceedings and complex workouts; and SEC, Federal Reserve, FDIC, DOJ and other administrative and criminal investigations and enforcement actions. The duo will continue practicing in various areas like commercial and securities litigation, antitrust, class actions, securities regulatory enforcement, private international law and white collar criminal defense. The firm hopes to strengthen its litigation practice with the inclusion of the duo's wide ranging experience.

With more than 1000 lawyers in 15 major international locations, Fulbright & Jaworski is a leading full-service international law firm. The firm's lawyers have also represented several of China's prominent multinational companies in globalization of their businesses.

After nearly 14 years of service as General Counsel and manager of legal affairs for Mellon, Bleier will look after Reed Smith's corporate and litigation practice as a regulatory expert. As an outstanding regulatory lawyer, the firm hopes to benefit hugely from his joining the firm as a partner. Due to Bleier's expertise in the financial services regulatory arena the banking industry holds him in high esteem.

Meanwhile the firm's San Francisco office will benefit from the addition of David T. Mittelman to its roster. Mittelman, who earlier served the US Securities and Exchange Commission, will serve as Counsel in its Corporate & Securities Practice Group. The firm hopes to strengthen its Corporate & Securities Practice with the help of Mittelman's in-depth knowledge about various aspects of securities law and additionally hopes to expand the securities practice, both nationally and internationally.

At present multi-specialty law firm Reed Smith has attorney strength of more than 1,100 lawyers spread over 13 U.S. and four European cities, with room for further expansion after its merger with Richards Butler on January 1, 2007.

LawCrossing has the largest collection of the job listings and these listings are organised in the best way possible.
Andrew