< Back To All Articles
Share
Tweet
Linkedin
8 Views
What do you think about this article? Rate it using the stars above and let us know what you think in the comments below.
10/30/06

The results of the first National Survey on Retention and Promotion of Women in Law Firms conducted by the National Association of Women Lawyers (NAWL) among 200 U.S. law firms were recently released. The survey, which gathered "accurate data concerning the leadership status of women lawyers in private practice" in many prominent U.S. law firms, revealed that women constitute 45% of associates, 28% of Counsel, 26% of non-equity partners, and 16% of equity partners. Only 5% of managing partners are women. The NAWL concluded that high-level decisions, policies, and practices relating to the retention and promotion of women lawyers are still being decided in male bastions. 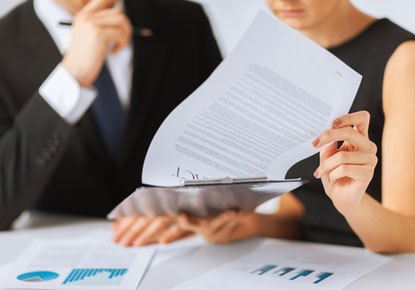 NAWL was critical of the results' apparent "50/15/15 conundrum", which highlights the fact that while 50% of the J.D.'s churned out each year by law schools in the country are women, for more than 15 years only about 15% of these women could climb up to the level of partners and chief legal officers.

The survey sought insight into the emerging role of women at top law firms and based its results on responses gathered from 103 individuals. Queries were sent to law firms across the country about total law firm size, the different types of partnership opportunities, where women stand vis-à-vis men, women's role in firm governance, and women's compensation relative to that of men at similar levels of seniority. The survey was part designed in part to provide potential lawyers with a clear picture of and benchmarks for how women progress in law firm hierarchies. The survey, which was initiated earlier in 2006, is part of a multi-year initiative by NAWL to address gender inequality in the "upper echelons of the legal profession and encourage those in leadership positions to take productive steps to cure those inequities".

Major headway in Dewey, Orrick merger talks
Standing at the head of Orrick, Herrington & Sutcliffe, Ralph Baxter is pleased with having transformed it from a provincial West Coast entity to one of the most successful names in the law firm arena. With 1000 lawyers and a determined mind-set, Orrick a.k.a Baxter's ambitious expansion plans are on the verge of fruition as the Management and Executive Committees of leading international law firms Orrick, Herrington & Sutcliffe and Dewey Ballantine respectively made initial recommendations to their partners about combining into a new entity with the moniker Dewey Orrick.

Dewey Orrick would have 1,500 lawyers in 21 offices on three continents, with combined revenue of approximately $1 billion. Almost one-third of Dewey Orrick's lawyers would reside outside the United States, and with 500 lawyers in its New York office, the firm would boast the seventh-largest New York office of any law firm. Ralph Baxter, presently serving as Chairman, Orrick and Morton A. Pierce, Chairman of Dewey, would co-chair the new firm. Baxter would also additionally serve as Presiding Partner. The merger awaits the approval of the firm's partners, which is expected to occur in mid-December.

Orrick, Herrington & Sutcliffe focuses on litigation, complex and novel finance, and innovative corporate transactions. Dewey Ballantine handles some of the largest and most complex corporate transactions, litigation and tax matters in areas such as M&A, private equity, project finance, corporate finance, corporate reorganization and bankruptcy, antitrust, intellectual property, sports law, structured finance and international trade. With Dewey's stronghold on the Wall Street, Orrick foresees establishing an overriding presence in the world's finance capital catapulting them into the ranks of the top firms.

The high number of legal job postings on LawCrossing is astonishing. I am impressed by the shear volume!
Bryon