Kenneth Davis
( 90 votes, average: 4.2 out of 5)
What do you think about this article? Rate it using the stars above and let us know what you think in the comments below.
Established in 1912, DePaul University College of Law is one of the academic entities of DePaul University and is located in the heart of downtown Chicago. The law school's 2005-2006 enrollment totaled 1,179 students, and it currently has 59 faculty members. Its alumni include state and federal judges; municipal, county, and state leaders; and two generations of Chicago mayors. 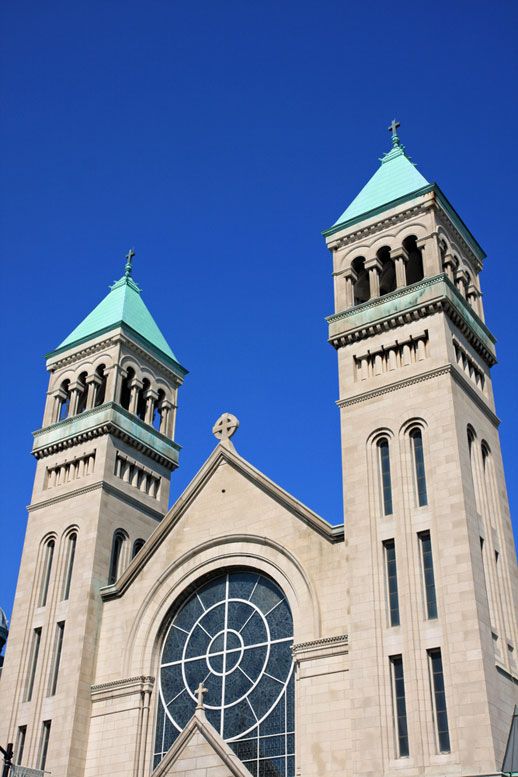 The law school has been recognized for its Intellectual Property Law program, headed by Professor Barbara B. Bressler, and its Health Law program, headed by Professor Michele Goodwin. Both programs have garnered top-10 placements in the U.S News & World Report rankings in recent years. And the school recently ranked 80th among the top-100 law schools in the United States in the U.S. News & World Report 2007 Graduate School Ranking. Additionally, in 2004, the school established the International Aviation Law Institute, the first of its kind in the United States.

DePaul University College of Law was approved by the American Bar Association in 1925. In 1958, the school moved from its old location on 64 East Lake Street to its current home in the Lewis Center at 25 East Jackson Boulevard. The 18-story Lewis Center, formerly known as the Kimball Building, was given to DePaul University in 1955 by the Frank J. Lewis Foundation. In 1972, DePaul purchased the Finchley Building. The building was renamed the Comeford J. O'Malley Place in 1980 in honor of the man who served as president and chancellor of DePaul for many years. The building is located at 23 East Jackson Street, adjacent to the Lewis Center. The Comeford J. O'Malley Place, known by the students as "O'Malley," served to increase the downtown campus space by 20 percent. In 1973, the school undertook a $2-million renovation to increase space by 50 percent, remodel both its buildings, and double the size of its law library. In 1994, the college began a $6-million renovation of its law library, which was completed in 1996, which represented the largest construction project in the college's history.

DePaul University President Rev. Dennis H. Holtschneider, C.M., said in a statement that the law school has built a national reputation for its centers and institutes that concentrate in areas such as health law, intellectual property, international human rights, aviation, and capital defense.

The school's health law program is part of DePaul's Health Law Institute, which was created in 1984. It is the first ABA-accredited program of its kind in the country and offers a master of laws (LL.M.) degree in health law and a health law certificate. The school's intellectual property program was initiated in 1997 and has more than 30 courses and certifications in IP. The program also offers IP-focused legal writing courses; two joint-degree programs with DePaul's School of Computer Science, Telecommunications and Information Systems; and an LL.M. degree.

In addition, students pursuing a Juris Doctor have the option of earning a certificate in a particular area of law. Such certificates are comparable to an undergraduate academic major that typically requires the student to complete a given number of courses and maintain a minimum overall GPA in those courses. Certificates are available in the following areas: Criminal Law, Family Law, Health Law, Public Interest Law, International & Comparative Law, Taxation, and Intellectual Property Law.

The school's faculty is comprised of a distinguished group of educators and legal scholars. The following are a few of the faculty's more recognized members: M. Cherif Bassiouni, who currently holds the title of Distinguished Research Professor of Law, was nominated for the Noble Peace Prize in 1999 for his work in the field of international criminal justice and for his contribution to the creation of the International Criminal Court; and Alberto R. Coll, who is an Associate Professor of Law, served as Principal Deputy Assistant Secretary of Defense from 1990 to 1993. In that position, Coll oversaw the Defense Department's policy, strategy, and resources in the areas of special operation forces and "low-intensity" conflict, including counterterrorism. For his work, he received the Secretary of Defense Medal for Outstanding Public Service.

Glen Weissenberger, who was named dean in 2002, earned his law degree from Harvard University in 1972. He is a recognized expert on evidence, civil commitment, and the insanity defense. Weissenberger is also an author and has penned numerous works, including Weissenberger's Federal Evidence, fourth edition, which is frequently cited in law reviews and texts on evidence law. In addition, his early law review articles on landlord/tenant law are currently excerpted in virtually every property law casebook. Prior to joining DePaul University College of law, he taught law for 27 years at the University of Cincinnati. During Dean Weissenberger's tenure at DePaul, the quality of entering law students has substantially improved; the median LSAT for the entering class of 2005 was a record 160, a six-point jump over the last three years. Additionally, under Weissenberger's watch, the school's overall ranking in the U.S. News & World Report survey of graduate programs entered the top tier this year.

More than thousand of legal openings near Chicago locations, Check out here at LawCrossing for more detail.

4 Things Future JDs Should Know About Choosing Their Practice Areas

4 Things Future JDs Should Know About Choosing Their Practice Areas