Return of the Boy Scouts

James Kilpatrick
( 13 votes, average: 4.1 out of 5)
What do you think about this article? Rate it using the stars above and let us know what you think in the comments below.
These are the facts. Eugene Evans joined the Sea Scouts in Berkeley, Calif., in 1957. He was then 13 years old. It is not especially relevant, but he has served as skipper (the equivalent of a scoutmaster) of the Sea Scout ship Farallon for the past 35 years. The vessel serves as the equivalent of a BSA troop. Over the years, hundreds of teenagers have benefited from training in sailing, seamanship, engine repair and other maritime skills. The value of the Sea Scout experience is not questioned. 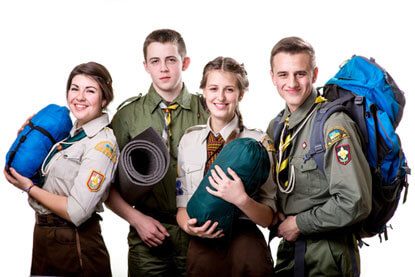 Seventy years ago the city began giving the Sea Scouts a free berth at its marina in exchange for rip-rap from a Scout-owned quarry. Everything went along without incident until 1997, when the Berkeley City Council amended its policy: Since then, as a condition for free occupancy, the city has required tax-exempt users of the marina to enter into a formal written pledge: Access to the facility cannot be predicated on a person's "race, color, religion, ethnicity, national origin, age, sex, sexual orientation, marital status, political affiliation, disability or medical condition."

The Sea Scouts were prepared to go along with everything except "sexual orientation" and "religion." Like land-based Boy Scouts, the Sea Scouts exclude avowed homosexuals and atheists. In an effort to preserve their berthing privilege, they filed a formal statement expressing their view: "Sexual orientation is a private matter, and we do not ask either adults or youths to divulge this information at any time."

This was not good enough for the Berkeley City Council. In May 1998, the council formally cut off the Scouts from their free berthing privileges. The Scouts and the city have been in and out of court ever since. Last year the California Supreme Court ruled 9-0 in the city's favor. Now the Scouts' appeal is pending in the high court here in Washington.

The Scouts argued unsuccessfully in California that the city had denied them their constitutional right to freedom of association. Their controversial positions on religion and homosexuality may be unpopular in certain quarters, they concede, but the positions are not unlawful. More to the point, the Scouts' right to advocate at least their opinion as to homosexual membership has been constitutionally protected since the Dale case of 2000.

That was the case that involved Eagle Scout James Dale, an avowed homosexual and public advocate of gay rights. After the Scouts expelled him for his public apostasy, he sued for damages. The Supreme Court, speaking through Chief Justice Rehnquist, rejected his position 5-4. The effect of that opinion may be that Berkeley cannot withhold from the Scouts certain benefits to other nonprofit organizations. Then, again, it may be that the facts are sufficiently different in the case of the Sea Scouts.

In their petition to the Supreme Court, the Scouts allege that in April 1998 the city's Waterfront Commission attempted to impose particularly onerous conditions: In order to receive free berthing, the Scouts would have to "disseminate, advocate and proselytize Berkeley's viewpoint on sexual orientation in an effort to change the BSA's national policies regarding gays and atheists." The council refused to impose this requirement, but it lingers as a reflection of the municipal attitude.

The California Supreme Court rejected the Scouts' position across the board. In its view, the city had not penalized the Scouts for exercising a right of free speech or association; the city had not prohibited the Scouts from doing anything; it had not demanded "adherence to or renunciation of any idea or viewpoint." The city had merely refused to accommodate the activities of an organization engaged in invidious discrimination.

We heard essentially this same argument advanced from another quarter two years ago. Then the Department of Defense was engaged in a running battle with some of the nation's most prestigious law schools. The issue was whether the armed services, which banned homosexuals, would be able to recruit graduates on the same basis with other potential employers. The universities, hoity-toity, at first refused to extend more than the most minimal courtesies to Army recruiters. After they were threatened with loss of federal aid, they came around.

My guess is that the City of Berkeley has much greater leverage on the Scouts than Yale and Harvard had on the U.S. Army. Pipers still call tunes, and Berkeley is calling this one.

Right to Abortion, Right to promote Abortion through advertisement and American Civil Liberties

Right to Abortion, Right to promote Abortion through advertisement and American Civil Liberties