< Back To All Articles
Share
Tweet
Linkedin
27 Views
What do you think about this article? Rate it using the stars above and let us know what you think in the comments below.
04/27/06

With the enactment of The Bankruptcy Abuse Prevention and Consumer Protection Act of 2005, debtors no longer have the option of simply choosing to liquidate all of their debts under Chapter 7 bankruptcy and must undergo a complex means test in order to qualify. The first major change in 27 years, which took nine years to be completed, has met with criticism as well as support. 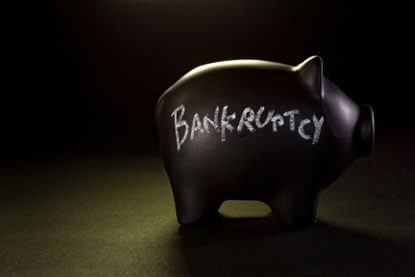 To reduce and deter abusive filing practices, the Reform Act places tighter restrictions on the process of filing for bankruptcy. The requirements would keep people from using bankruptcy to wipe away debts they could otherwise pay, which results in an increased number of filings under Chapter 13 bankruptcy instead of Chapter 7. Chapter 7, also known as straight bankruptcy, wipes most debts clean, while Chapter 13 is a bankruptcy involving the adjustment of debts for someone with regular income and includes a court-mandated repayment plan for a portion of the debt.

Some critics believe that the bill is not in tune with today's context of credit and debt. It may also have an adverse effect on individuals who seek relief from debts caused by extenuating circumstances, such as illness, divorce or long-term unemployment. Going by the statistics, the number of people who filed for bankruptcy in the first quarter of 2006 dropped compared to the same period a year ago, indicating that the law may not have accomplished its goal. Other critics point to "loopholes" which seem to allow wealthier bankruptcy filers to protect more of their assets. The bill still allows exemptions for certain types of trusts created to shield money from creditors. Bankruptcy attorneys say that the provisions of the bill related to attorney responsibility will raise bankruptcy filing fees and discourage the practice of pro bono bankruptcy aid.

Proponents of the bill say that the great rise in bankruptcy filings necessitates tightening the rules. They point to people who file for Chapter 7 when they don't deserve the "fresh start" it promises. The financial services industry says that it is then forced to pass the costs of bad debts on to the rest of the credit using community.

Tort liability and its impact on consumers
Constantly increasing tort costs are affecting the overall U.S. economy. According to figures provided by the American Tort Reform Association based on the study by Tillinghast business of Towers Perrin, the cost of the U.S. tort system for 2003 was $246 billion or $845 per citizen or $3,380 for a family of four. U.S. tort costs increased 35.4 percent from 2000 to 2003.

According to the study, U.S. tort costs reached a record $260 billion in 2004, or approximately $886 per person. This surpassed the previous record set in 2003 by $16 billion. The 2005 Update analyzes U.S. tort costs from 1950 through 2004 with projections through 2007. The study also examined tort costs in several other industrialized nations and found that U.S. tort costs exceed other countries' by a sizeable margin when measured as a ratio to economic output (measured by GDP). The U.S. had a 2.2% ratio of tort costs to GDP, compared with Germany (1.1%), Japan (0.8%) and the U.K. (0.7%). Aside from Italy (1.7%), the other countries examined in the study have tort costs comparable to historic levels observed in the U.S. in the 1960s and 1970s. Going by the current trend, Tillinghast expects U.S. tort costs to increase approximately 6.5% for the next three years.

I would say I like LawCrossing in its own way. It's a fantastic legal job site.
Verleene

LawCrossing Fact #237: Stay connected to the industry. See which jobs are multiplying and which ones are dying out.