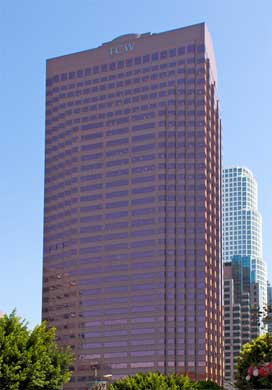 The work opens doors for you. Keep your nose down and grind.

Its a boys club.

Existing as a litigation only white shoe firm, Quinn Emanuel Urquhart & Sullivan, LLP is headquartered in Los Angeles, California. It is the premium business litigation firm in the United States known for its unorthodox style, hiring over 650 lawyers throughout ten locations in the world. With offices in Los Angeles, New York, San Francisco, Silicon Valley, Chicago, Washington, D.C., Tokyo, London, Mannheim, Moscow, and Hamburg, the firm is the largest firm in the United States that is only into business litigation. In 2011, the profits per equity partner were the second highest in the world. As premier business litigation lawyers, the firm tries the maximum number of business cases to juries. Quinn has the rare capability and willingness to see the matter in the right perspective and win. The magazine American Lawyer once described the firm as a "litigation tour de force." The firm was first established in 1986 by four partners John B. Quinn, Eric Emanuel, David Quinto, and Phyllis Kupferstein. The purpose of the firm was to be a litigation only law firm. It was joined in 1988 by name partner A. William Urquhart. Since its inception, the firm aimed to do away with law firm formalities. With the modest beginning of four lawyers initially, the firm began expanding in 2007, when it opened its first office in Tokyo. By 2011, it had established offices in London, Mannheim, Germany, and Moscow in 2011. On September 2011, the opened an office in Washington DC, the nation's capital. The firm is the first AmLaw 100 firm to have a female name partner. In name 2010, it changed its name to include Kathleen Sullivan, who is the former dean of Stanford Law School. Currently, she heads the firm's appellate practice. A major initiative regarding the firm's self image is the lack of a formal dress code. This self image extends into the corporate structure of the firm. What's interesting is that the firm lacks any formal management committees other than an advisory committee, which has been set up for the evaluation of contingency fee cases. The firm has seen impressive growth in 25 years from four lawyers to over 650 lawyers without absorbing or merging a single group. The firm believes in hiring great law school students who want to try lawsuits. The firm also believes that lateral hiring is good for them contrary to the conventional wisdom that it can be destabilizing.

Quinn Emanuel Urquhart & Sullivan, LLP practices law in the following areas and works with its clients to provide the best possible legal solutions.

Quinn Emanuel seeks candidates with the highest levels of academic credentials. In addition, they are expected to possess excellent writing ability and high degree of maturity. Candidates are expected to take on responsibility early on and want to get into the courtroom as soon as possible. For associates, the firm made offers to 44 summer 2Ls in 2011. The firm also visits law schools to meet their hiring commitments. The firm visited 17 law schools in 2011. Some of the law schools visited are:

Quinn Emmanuel is a firm that is dedicated to providing proper and just pro bono legal services to individuals and organizations on a global basis. It is always looking forward to expanding opportunities for lawyers so that they can participate in pro bono activities. They also recognize that such work contributes to the welfare of the community, disadvantaged individuals and also to the lawyer's professional development.

The firm also provides pro bono activities in a wide range of complex cases encompassing a wide variety of subject areas. The firm is always on the look out to expand opportunities for lawyers, so that it can participate in pro bono activities. This work ultimately works out in the firm's favor, since it recognizes that the work uniquely contributes to the professional development of the lawyer and also provides premier level services to a disadvantaged community.

Legal Jobs in New York City and Near Locations

In 2012, Quinn Emmanuel was recognized as having one of the top three IP Litigation Departments in the country by the American Lawyer.

In 2012, Vault.com ranked Quinn Emanuel as 16th in law firms according to reputation.

Quinn Emanuel won the "Insurance Group of the Year" award in January 2011 by Law 360.

In June 2011, Quinn Emanuel's London office "International Law Firm of the Year". Was awarded the British legal publication, "The Lawyer".

The firm deeply values diversity. It has been recognized by several leading institutions and publications for its diversity efforts. Some of these awards are as below:

In 2011, The American Lawyer recognized Quinn Emanuel as one of the "Top Firms for Diversity."

In 2010, The Business Insider ranked Quinn Emanuel as the 11th most diverse law firm with respect to LGBT attorneys.

In 2010, The American Lawyer ranked Quinn Emanuel 22nd in its annual diversity survey among the AmLaw 200 firms.

California Lawyer ranked the firm as the 5th most diverse firm in California.

Additionally, many minority group lawyers with outstanding credentials have joined the firm. The firm's minority partners are mainly graduates of Harvard, Stanford, Berkeley, Fordham and George Washington. The firm's commitment to diversity not only runs down deep, but it runs top down as well. The firm's statistics show that 29 of their 168 partners are women. At the same time, 20 are minority group members.

Diversity at Quinn Sullivan is valued not just because of the richness it creates in the lives of the people working at the firm, but also it helps the firm serve its client's better at trial. The firm also knows that diversity in their trial team gives them a real advantage in communicating with diverse jurors. This helps the firm to win cases and remain successful in the legal arena.

Summer associates are also given work assignments and the assigning partners keep track of the assignments on a regular basis. Several programs such as summer mock trials, summer events such as dinners at exotic places, bowling, cooking class, wine tasting, dodgers game, and a tiki cruise party help summer associates to balance life and work. There also is a rose bowl party and an annual firm hike. In 2012, 57 summer associates were welcomed to the firm. A majority of the summer associates joined the firm from Harvard, there were others also from Stanford, Columbia, NYU, Berkeley, UCLA, USC, Fordham, Texas, Yale, to name a few.

As the largest business litigation law firm in the world, Quinn Emanuel has a trial success rate of over 91%, which speaks about itself when it comes to the firm's commitment to success, its will and determination. The buzz has it that it's an aggressive and casual firm that's a great choice for litigation.

Quinn Emanuel does not boast about bureaucracy or preconceived notions about apprentice periods. The goal of the firm is brief - it wants to hire lawyers who will be a part of the firm's future. There are no minimum billable-hour expectations, and billable hour credit is given for pro bono work.

Quinn Emanuel sued by contract attorney for not paying overtime...

Quinn Emanuel to Give Out Spring Bonuses

Quinn Emanuel to Give Out Spring Bonuses...

Carter Ledyard & Milburn LLP is a general practice law firm headquartered on Wall Street. We have a ratio of partners to associates of about one to one, and provide personal, partner-level attention to all clients and matters, large and small. This forms part of our Partners for Your Business® commitment, together with the focus we place on providing counseling to help advance the business interests of our clients. We offer sophisticated legal advice within a culture that encourages innovati...

Anderson Kill was founded in 1969 on the principles of integrity, excellence in the practice of law, and straightforward solutions to complex legal issues. The firm's attorneys approach engagements aggressively, and have earned a reputation for combining corporate polish with pugnacity. Based in New York City, the firm also has offices in Ventura, CA, Philadelphia, PA, Stamford, CT, Washington, DC, Newark, NJ and Dallas, TX, but the attorneys travel around the country and around the world to ha...

Curtis, Mallet-Prevost, Colt & Mosle LLP, founded in 1830, is one of the first U.S. law firms to develop a truly international practice. Dedicated to counseling clients involved with some of the most challenging transnational transactions and complex multijurisdictional disputes, Curtis represents multinational companies, international financial institutions, governments and state-owned entities, family and other privately held businesses, entrepreneurs, and high-net-worth individuals. With 17 o...

Michael Page is a leading professional recruitment consultancy specialising in the recruitment of permanent, contract and temporary positions on behalf of the world’s top employers....

The Green Key executive recruitment team is uniquely suited to job placement in your industry because we've actually worked in it. We know what the demands are, where the jobs are, and we have exclusive relationships with some of the most sought-after employers around. With this unique industry i...