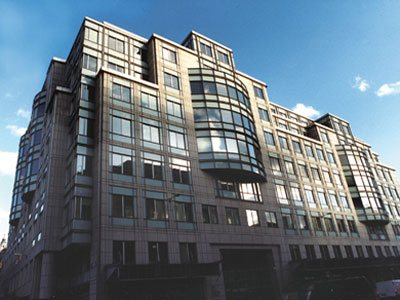 Concentrate on career development of associates.

It is indeed a very good law firm! It has offices all over the world! If you want international exposure, this can be a GREAT PLACE!

Not the best, but the biggest firm. In Washington, much of it can be a regulatory practice, and Washington is the regulatory capital of the world! Some other areas may suffer.

Just REALLY interview THEM and see why they may want you. Regulatory practice and international client base is truly top notch, but are they interviewing you for litigation? What cases and clients in litigation do they current have? Will the current active matters last a long time? Every firm would like you to somehow generate new work yourself, but will the current work keep you going for at least two or three more years?

Friendliness, location, commitment to success, chance to say you work in the biggest law firm in the world!

Less than a year

Keep up the good work.

Partners and associates are very nice, patient and always have time to answer a question.

I really have enjoyed my experience there. For me, nothing is wrong with the firm.

Everybody was nice to me.

Less than a year

Baker & McKenzie defined the global law firm in the 20th century, and we are redefining it to meet the challenges of the global economy in the 21st .We bring to matters the instinctively global perspective and deep market knowledge and insights of more than 4,200 locally admitted lawyers in 77 offices worldwide. We have a distinctive global way of thinking, working and behaving – "fluency" – across borders, issues and practices. We understand the challenges of the global economy because we have been at the forefront of its evolution. Since 1949, we have advised leading corporations on the issues of today’s integrated world market. We have cultivated the culture, commercial pragmatism and technical and interpersonal skills required to deliver world-class service tailored to the preferences of world-class clients worldwide. Ours is a passionately collaborative community of 60 nationalities. We have the deep roots and knowledge of the language and culture of business required to address the nuances of local markets worldwide. And our culture of friendship and broad scope of practice enable us to navigate complexity across issues, practices and borders with ease.

Baker & McKenzie. practices law in the following areas and works with its clients to provide the best possible legal solutions.

Baker & McKenzie. follows the set of hiring criteria outlined below.

While a degree from a top law school with high grades helps, Baker & McKenzie is known to base its hiring decision more on the personality of the candidate and how closely his/her mindset fits the requirements of the firm. On-campus interviews are the choice for the law firm to hire new associates.

Offers are based on interest and requirements in specific practice areas like trade, litigation, immigration etcetera, but the firm always has prime focus on international mindset and experiences and expertise in more than one area of law practice. Students of international law or those with experience of internships in foreign countries have better chances.

Amicable personalities are preferred more than those with overtly aggressive personalities. The team-player mentality is more sought after in new associates than that of the individual hero.

Baker & McKenzie is actively involved in Pro Bono & community service programs. It is the first law firm to receive the Corporate Pro Bono Partnering Award from the Pro Bono Institute.

As the firm declares on its website: "Our pro bono mission is to deliver first-class legal services to the underserved and disadvantaged by fostering an environment that encourages and promotes service and to promote and sponsor activities that provide opportunities for all Firm personnel, independently, and in partnership with our clients, to contribute to the well-being of the communities in which we practice and live."

Baker & McKenzie is involved in Pro bono work across a vast range of projects. It's just crossed more than ten years in campaigning for breast cancer awareness. It often files amicus briefs for children's rights, as it did recently on behalf of the Center on Wrongful Convictions of Youth at Northwestern University School of Law, arguing the vulnerability of children during police interrogations. It holds webinars and supports books on pro bono programs, and is sufficiently recognized for the pro-bono director of the firm to attend White House Summit as part of Congressionally-appointed LSC Obstacles Task Force.

Being named as one of the top 25 corporate law firms in America by the Corporate Board Member magazine.

Being recognized as "European Law Firm of the Year" at the Chambers Europe Awards 2012.

Being named the "Top Law Firm for Diversity" by MultiCultural Law Magazine for the 8th consecutive year.

Topping the National Law Journal's NLJ250 rankings, an annual list of the largest US law firms by number of lawyers for 2011.

Being ranked at second position in Law360's Global 20

Being awarded the 2008 Corporate Social Responsibility Award by The Foreign Policy Association, making Baker & McKenzie the first law firm to receive the award.

Awarded the Starbucks Excellence in Diversity Award for 2009

The high focus on maintaining diversity is essential to the existence of Baker & McKenzie's success since true internationalization across 43 countries brings along cultural conflicts and the need to successfully manage diversity in the workplace.

The consistent efforts of the company over diversity are easily reflected in its revenue, of course, but it is also recognized by the industry. It has been named for the 8th consecutive times as "Top Law Firm for Diversity" by MultiCultural Law Magazine. In 2009, Baker & McKenzie won the Starbucks Excellence in Diversity Award.

Baker & McKenzie was also recognized by the Working Mother magazine in 2008 as one of the Best Law Firms for Women. The firm is a member of Diversity Champions since 2005, and in 2009 it joined the Leadership Council on Legal Diversity.

The summer associate program of Baker & McKenzie is intended to introduce potential hires to real life experience at the firm, orientation, and primary screening. As the law firm declares clearly on its website: "The Summer Program is designed to introduce law students who have completed their second year of law school to the practice of law and to allow Firm representatives and summer associates to become mutually acquainted for the purpose of evaluating the desirability of future employment."

Academic accomplishments, intellectual thirst, commercial orientation and respect and appreciation for global cultural differences matter in the selection of summer associates. Summer associates also introduce students to real client-work and the work offered is of "the same character as that performed by the attorneys."

Associates are introduced and exposed to research, writing, depositions, hearings and trials and client interaction. The law firm also has extensive professional training programs and summer associates have a chance to participate.

Working for the Baker & McKenzie.

There is a pressure on billable work, however incentives are not blindly based upon billable hours but many other factors are taken into account for bonuses. There are many offices and practice groups and sometimes things can be quite disparate between concurrent groups in the same firm - in one business and incentives may be growing by leaps and bounds, while in another things might be going at a snail's pace. But individual performance gets noticed quickly, as the environment is highly competitive.

Baker & McKenzie is one of the best places to start your associate life with its lack of pretensions. The company is known to respect work-life balance and team performance. Associates get exposure to high-profile clients and gather experience from being part of teams handling extremely important transactions involving massive stakes.

The way to work within Baker & McKenzie, and the keys to success, follow the principles of individual growth within large multinational corporations and not the principles of employee growth followed in boutique law firms.

Baker & McKenzie Does It Again!

Summary: Baker & McKenzie has just been named the world’s strongest law firm brand for the fifth consecutive year. The law firm ranked top on each of the meas...

Established in 1988, Chicago Legal Search, Ltd., a diversity-owned business, is the preeminent legal search firm in Chicago. Our clients range from the largest law firms and corporations in the Chicago metropolitan area to unique boutiques and privately held companies. Our primary focus is attorney ...

MENDELSOHN LEGAL, a top legal recruiter, places partners, associates, paralegals and support staff in law firms and in corporate legal departments. Our search and legal placement services are highly focused and multi-layered — we go beyond traditional search methodologies to understand the goals o...