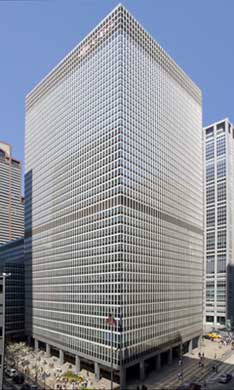 Advice to law firm management: People need to be reminded that sometimes work is work and excess socializing for some people will do more harm than good.

Pros: Everyone here does their best to keep the work here fun and the enjoy the work that they are doing.

Cons: If you do not like socializing this place may be hard on you as that is basically required here to do well.

Pros: The compensation and benefits are excellent, and the office space is great. It's a large corporate environment that is always busy.

Cons: Office politics get people ahead here. There is a lack of work-life balance.

Paul, Weiss, Rifkind, Wharton & Garrison LLP is a firm of more than 900 lawyers who collaborate with clients to help them solve their most challenging legal problems and achieve their business goals. Widely recognized as having leading litigation and corporate capabilities, the firm has developed equally strong practices in the areas of bankruptcy and corporate reorganization, employee benefits and executive compensation, finance, intellectual property, personal representation, real estate and tax law. The firm has an unwavering dedication to representing those in need, and its pro bono efforts continue to benefit individuals and society.

The firm seeks a strong academic record and life experience and commitment to excellence in the practice of law apart from general hiring criteria, that include strong organizational, interpersonal, communication and writing skills; demonstrated leadership skills; team-oriented mindset and strong work ethic; an ability to multitask; a proven interest in the legal field as demonstrated through undergraduate coursework, extracurricular activities, or jobs and internships; and a Minimum 3.3 cumulative GPA upon graduation.

Paul, Weiss does not accept unsolicited resumes from search firms or employment agencies. Only candidates selected for interviews will be contacted by the HR staff. All candidates must be legally authorized to work for any employer in the United States without sponsorship.

Throughout its history Paul Weiss has maintained a resolute commitment to provide pro bono legal assistance to those in need and to serve the public interest. Paul, Weiss has helped establish law and public policy concerning, among other areas, civil rights, women's rights, rights of asylum, prisoners' rights and treatment of the homeless, and has authored groundbreaking reports on the legal rights of children and human rights in Iraq.

The firm also organized the foundation that facilitated and supervised the first-ever free election in South Africa. In addition to significant high-profile cases with broad impact, Paul, Weiss also has been steadfast in its commitment to provide personal pro bono assistance to individuals in need of legal representation.

The firm is committed to providing personal pro bono assistance to individuals in need of legal representation across a broad range of constitutional, civil and human interest areas.

Some of the recent pro bono cases include, achieving a resounding victory for Disability Advocates. The suit had sought to end discrimination against persons with mental illness who reside in adult homes in New York City. In 2008, Paul, Weiss, with the Urban Justice Center and the Economic Justice Project of the CUNY School of Law, brought an action in New York Supreme Court, challenging the sufficiency of New York State's basic welfare grant. Over the past year, Paul, Weiss has obtained asylum for multiple clients seeking refuge from persecution.

The firm encourages its attorneys to participate on at least one pro bono matter at all times, although there is no minimum requirement. Associates receive full billable credit for pro bono work and there is also no limit on the number of pro bono hours allowed.

Legal Jobs in New York and Near Locations

In August 2012, Paul, Weiss was ranked among the top 10 for the second consecutive year in Vault's Top 25 Best Law Firms for Diversity.

The Hollywood Reporter named corporate partner Justin Hamill to its 2012 "Power Lawyer" list of the top 100 entertainment attorneys in America.

Beth Wilkinson was named one of National Journal's Most Influential Women, a group of 25 women that includes Hillary Rodham Clinton, Elena Kagan and Michelle Obama. The magazine compiled its list to showcase women "who are doing the most to shape" Washington, D.C. Beth is the only lawyer in private practice on the list.

For the tenth consecutive year, The American Lawyer has named Paul, Weiss to its annual "A-List." The ranking represents the most elite law firms in the nation, ranking the top 20 firms based on their revenue per lawyer, pro bono work, diversity, and associate training and satisfaction.

The American Lawyer's2012 Diversity Scorecard has ranked Paul, Weiss as one of the most diverse law firms, marking the tenth consecutive year the firm has achieved this honor.


Diversity was the basis of the formation of the firm. Its founders, by tradition, were unable to practice together owing to their differing religions, one was a Jew and the other a Gentile, decided to create a firm where diversity was the norm, not the exception. Most elite law firms profess a devotion to diversity. Paul, Weiss, Rifkind, Wharton & Garrison LLP has a history of putting it into practice.

1946, Paul, Weiss hired William Coleman, an African-American, editor of the Harvard Law Review, and former Supreme Court clerk, at a time when no other firm would hire a black man despite his stellar qualifications. In 1949, the firm hired its first woman partner, Carolyn Agger, long before most competitors.

The firm has been ranked among the top 15 "Most Diverse Law Firms" for eight consecutive years since 2002.

Paul Weiss attributes its success to the unique skills, talents and viewpoints that lawyers from a variety of different backgrounds and beliefs bring to the firm. Since 1996, 30 percent of their partner promotions have been women; in their Litigation Department it has been 50 percent. Nearly 25 percent of their lawyers self-identify as ethnically diverse and almost five percent are openly gay.

Paul, Weiss is committed to investigating all reported policy violations and addressing the issue or issues, as appropriate. An employee who reports a violation of this policy will not be subject to retaliation in any form. Any retaliation against a complaining party by a Paul, Weiss employee, at any level, will be grounds for disciplinary action, up to and including termination of employment.


The summer associate program at Paul, Weiss is more than just legal training. It's an introduction to the rich variety and depth of life in one of New York's most unique law firms. Associates have the opportunity to shape their own summer experience. They have the option of choosing one department to call home or can select a variety of different practice areas.

The associate will be matched with a team of lawyers including associates, counsel and partners. They will help the associates make informed decisions about the work they choose. In addition to their team, associates will be paired with a partner and an associate who will provide guidance and advice about their summer work. They will receive training in both substantive areas of law and practical legal skills in a mix of highly interactive small group trainings, individual skills development workshops and more traditional classroom style presentations.

Sessions are taught primarily by Paul, Weiss partners and associates from across the firm's practice groups. It's not all work and no play, from team sailing trips to baseball games and cocktail parties; associates will have plenty of opportunities to get to know their fellow summers, firm associates and partners.

While the social events are "great," respondents give the highest praise for the "terrific" associates and partners who "go out of their way to be accessible and to make you feel like a real person."


Paul, Weiss is one of the world's leading law firms and offers employees a quality working environment. The firm provides equal employment opportunity to all qualified individuals without any sort of distinction. Work is challenging but enjoyable. There is a diverse mix of clients by size, industry and location.

The firm's culture provides the employees with a high-energy, engaging environment that fosters camaraderie and teamwork among lawyers - always with the understanding that their professional career is of the utmost importance. The firm also maintains an informal atmosphere: doors are almost always open, dress is business casual and first names are used for everyone.

That all being said, one must remember that the firm expects 2,000 hours billed each year. It is still grueling work for excellent pay, but at least it is in a collegial atmosphere. Paul Weiss is an excellent choice for anyone who wants to be an elite big firm litigator in New York City.

Paul, Weiss, Rifkind, Wharton & Garrison LLP is a law firm, with its headquarters in New York City. Having commenced way back in 1875, the more than a century o...

In the United States, Deloitte LLP and its subsidiaries have 57,000 professionals with a single focus: serving our clients and helping them solve their toughest problems. We work in four key business areas — audit, financial advisory, tax and consulting — but our real strength comes from combining the talents of those groups to address clients’ needs. Fortune and BusinessWeek consistently rank our organization among the best places to work, which is good news for our talent and our clients...

From offices strategically located in the world’s principal financial centers in the US, Europe and Asia, Fried Frank represents many of the markets’ most influential players. Our client base includes multinational Fortune 500 companies, leading financial institutions and investment firms, and entrepreneurial companies across all sectors. We are adept in our deployment of well-configured, cross-border teams that provide the depth of knowledge, breadth of experience and responsive service tha...

Kucker & Bruh, LLP operates on the same principles it was founded on and remains committed to upholding the standard of excellence its clients have come to expect. As it has grown, the firm has added practice groups in corporate law, partnership law, limited liability company law, trade secrets and proprietary business models, intellectual property (including transactions and disputes concerning creative works and art), art insurance, zoning law, land use law, construction law, debtor/creditor l...