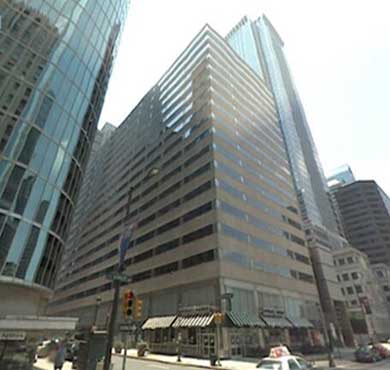 Morgan Lewis, we work in collaboration. We work around the clock and around the world—always ready, always on—to respond to the needs of our clients and craft powerful solutions for them. From our 30 offices* in North America, Asia, Europe, and the Middle East, we work with clients ranging from established, global Fortune 100 companies to enterprising startups.

Morgan, Lewis & Bockius LLP. practices law in the following areas and works with its clients to provide the best possible legal solutions.

Bingham McCutchen is signatory to the Pro Bono Institute's Law Firm Pro Bono Challenge. As a consequence, the firm has pledged to invest a significant amount of the firm's resources to pro bono matters. Bingham McCutchen invested more than 44,000 hours in pro bono matters in 2011. The company has an active pro bono fellowship program that allows two associates to work exclusively on pro bono projects for one year, while staying with the firm. Some of the cases handled pro bono are mentioned herewith: Constitutional Law and Civil Rights Bingham is representing several detainees being help without charge at Guant


Bingham McCutchen has consistently received awards and accolades repeatedly for its top performance in the legal arena. This list details some of the best awards that the company has received over time: Other awards include: Named one of Fortune's "100 Best Companies to Work For". Received the Legal Standard for Excellence Award from the Web Marketing Association in 2007 and 2008. "Webby" award in the law category in 2008, for its innovative website design and function. Nominated for three Chambers USA 2011 Awards for Excellence. Won the SharePoint Innovator of the Year Award at the International Legal Technology Association's (ILTA) 2011 Distinguished Peer Awards program in Nashville, Tennessee. In 2011, ranked as one of MultiCultural Law Magazine's 2011 "Top 100 Law Firms for Diversity". Recognized on the "Top 50 Law Firms for Partners" and "Top 100 Law Firms for Women" lists. In 2011, Bingham scored 100 percent on the Human Rights Campaign Foundation's Corporate Equality Index. This was based on its treatment of gay, lesbian, bisexual and transgender employees, consumers and investors. For eight years running (2005-2012) FORTUNE magazine named Bingham as one of its 100 Best Companies to Work For.


Bingham truly believes in diversity and recognizes it as a power that brings together women and men of diverse races, religions, ethnicities, and sexual orientations. The diversity program that Bingham follows is a critical element of the company's culture and reflects upon its business and values. The company has achieved and sustained high-level recognition by recruiting stronger, more energetic, dynamic and creative individuals from diverse backgrounds. As further commitment to diversity at the workplace, the company established the diversity taskforce in 2002, which evolved into a permanent firm committee, the diversity committee, in 2006. The diversity committee works companywide to accomplish the diversity action plan. Additionally, the firm has created a Thurgood Marshall Fellowship, which honors the first American justice to serve on the U.S. Supreme Court. The company also participates in the Boston Lawyers Group and the Lawyers Collaborative for Diversity. These programs are structured to encourage minority participation at law schools, so that students from the minority community can study at law school and explore private practice.


Bingham McCutchen relies on its ability to deliver global intelligence in the form of legal services through its global network of more than 1,000 lawyers on three continents. Aspirants benefit from experience, on the ground knowledge, broader analysis and end-to-end solutions across the world. Bingham McCutchen believes that in the areas where they practice, they practice with the best. Lawyers at Bingham play key roles in matters of worldwide importance. The management at this company has built a unique work environment - one that is a tipping point for many budding aspirants in the company's favor. The company has great opportunities for staff. It has a clear strategic vision, financial strength and stability to make it an exceptional place to build a career. In addition to its cutting edge legal work,it is also consistently recognized for the quality of its culture and working environment. The company's hiring philosophy puts a strong emphasis on excellence. Bingham is financially strong, globally agile, and values driven. It continues to attract top tier lawyers who want to build a successful career in the legal field. Bingham strongly believes in diversity and has been consistently awarded as the one of the best companies to work for. Several paths exist for a budding aspirant to work for the company. Bingham offers summer associate programs, avenues as a lateral lawyer, career after judicial clerkship, or a career as a staff attorney. Part-time careers are allowed, for which a written policy exists for part timers. For full-time work, the company expects 2,100 billable hours. The company also allows telecommuting and flextime schedules to suit individual preferences and circumstances.

Morgan, Lewis & Bockius LLP has more than 1300 attorneys present in 24 offices across the United States and other countries. It is the 15th largest law firm in ...